Home>Sustainability>Plastic pollution: A call to arms 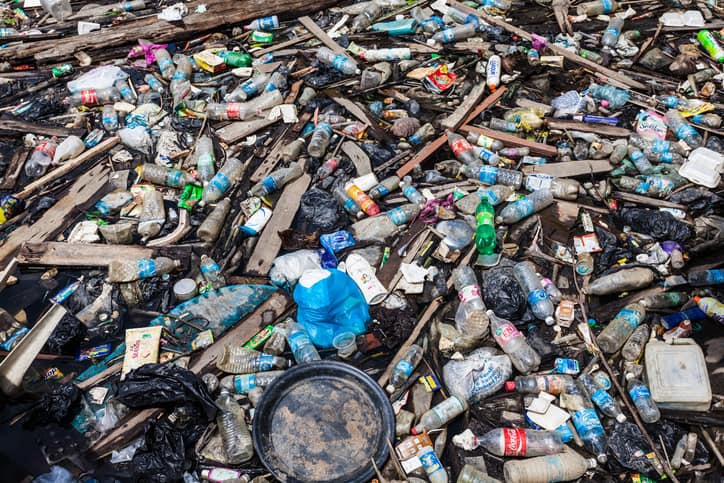 Concern about the negative impacts of plastic pollution has exploded in the last couple of years as more data has surfaced about the pervasiveness of plastic waste and our inability to control it, elevating concerns in the public consciousness, media, and government.  As You Sow, which has worked for more than a decade with activist investors to promote waste reduction and increase recycling of many types of waste, is working with a growing group of 40 investors to educate and engage companies and other investors about risks posed by plastic pollution.

Last June, As You Sow founded the Plastic Solutions Investor Alliance, an international coalition of investors engaging publicly traded consumer goods companies on plastic waste and pollution. So far 40 investors with a combined $2 trillion in assets under management have signed a declaration citing plastic pollution as a clear corporate brand risk and pledging to interact with leading companies to find solutions through new corporate commitments, programs, and policies. At this point, Plastic Solution Investor Alliance members are almost entirely money managers or ESG/SRI firms rather than asset owners.

While plastic has many beneficial uses, its production has grown exponentially for years without sufficient regard to its environmental impacts. Originally viewed as more of nuisance, plastic waste, especially discarded consumer packaging, is now understood as a widespread, growing risk to not just oceans, but air, climate, land, and human health.

Water: A key 2015 study estimated the ocean already holds 150 million tons of degraded plastic, with eight to 12 million tons added annually. Plastic production is projected to triple by 2050, yet only 14 per cent of plastic packaging is now collected for recycling.

Scientists predict oceans will contain more plastic than fish by 2050 if no action is taken. In rivers and oceans, plastic packaging breaks down into small indigestible particles that birds and marine animals mistake for food, resulting in illness and death.  In April, a sperm whale was found with 64 pounds of plastic in its stomach. Nearly 700 species have been affected, doing an estimated $13 billion damage to marine ecosystems. Plastic particles have been found in recent studies of tap and bottled water.

Land: Large amounts of plastic have been found in some of the most remote areas on earth, carried by ocean currents. Plastics have been consumed by land-based animals, including elephants, zebras, tigers, camels, cattle, and other large mammals.

Air: Plastic is becoming recognized as an atmospheric pollutant with recent reports of high levels of plastic particles in the air over the Pyrenees mountains in France.

Climate: Plastic is produced by fossil fuels and is therefore increasingly viewed as a contributor to climate change. If plastic production and use grows as projected by 2030, emissions could reach 1.3 gigatons per year—equivalent to the emissions released by nearly 300 new 500-megawatt coal-fired power plants.

Humans: A recent report from UK charity Tearfund linked poorly managed waste, including plastic, to human health impacts. It estimated that between 400,000 and 1 million people die annually in developing countries from illnesses and diseases like diarrhea, malaria, and cancers caused by living near uncollected plastic and other forms of solid waste pollution.

Companies putting plastic into commerce now face both regulatory and reputational risk. Regulators are starting to lead plastic reduction efforts. In March, the European parliament voted to ban single-use plastic cutlery, cotton buds, straws and stirrers. Seven US states have banned thin film plastic shopping bags. More than 100 countries have enacted some regulation of plastic bags. Britain is considering a tax on plastic packaging made with less than 30 per cent recycled content. On the reputational side, consumer brands face challenges from activists who collect branded waste in beach cleanups and call out the companies with the most waste.

Over the last five years, As You Sow has engaged fast food and consumer goods companies on single use plastic packaging. About 25 per cent of plastic is made into packaging, making it the largest use category. A lot of packaging is used for single use applications where materials are used briefly and then discarded in fast food and grocery applications. Though our engagement efforts, McDonald’s stopped using harmful polystyrene (styrofoam) cups and packaging globally, Starbucks agreed to phase out use of plastic straws, Pepsi allocated $10 million to increase recycling of plastic and other containers in the US; and Colgate, Kraft, Mondelez, P&G and Unilever agreed to make their plastic packaging recyclable.

This year we challenged several large plastics manufacturers to disclose spills of plastic pellets, which are posing a growing problem during production and transport. We reached agreement with ExxonMobil Chemical and Chevron Phillips Chemical.

With growing risks to companies using single use plastics, investors will need to evaluate and place it in context with other large ESG risks such as climate, water pollution, and toxics. The mention of plastic in earnings calls increased by 340 per cent in 2018 from the previous year, according to MSCI research.  Citi and Morgan Stanley have begun to pay attention, issuing investor reports assessing the risks and opportunities to investors posed by plastic pollution.

The demonstrated environmental impact of single use plastic is a powerful symbol of the consequences of our convenience-oriented throwaway culture. If consumers begin to reject this culture in high numbers, financial impacts could be significant. Schroders recently estimated that soda companies that fail to reduce reliance on virgin plastics could see annual profits drop by 5 per cent over the next decade due to new laws and taxes.  If recycling is dramatically improved and laws reduce the amount of plastic allowed for single use applications, petrochemical demand growth could drop by a third of its historical pace, to about 1.5 per cent a year, according to consulting firm Accenture.

We believe that plastic waste has become so pervasive that the plastics industry and the companies that rely on it to deliver goods and services must eventually accept that problematic plastics need to be phased out. This will come at the same time that recycling for remaining plastics will be dramatically increased.

The investment community could help accelerate this transition if pension funds and other large investors step up and prioritise plastic pollution in engagement with companies and begin to publicly discuss it, as they did a decade ago on climate change.

Conrad MacKerron is founder of the As You Sow Corporate Social Responsibility Program.