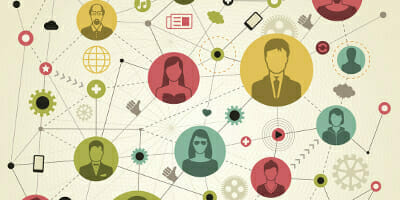 Around 750 of the world’s largest listed companies are being encouraged by investors to disclose more workforce data. These companies have this week been sent the ‘Workforce Disclosure Initiative’ (WDI) survey. Supporting this call for data is a group of 127 investor signatories – including AustralianSuper, PGGM, OPTrust and USS – collectively managing $14 trillion.

Many responsible investors have long recognised the lack of standardised and comparable workforce information made available by listed companies across a wide range of metrics.

For example, a 2017 study found that of 6,441 large companies analysed, only 24 per cent of firms disclosed injury rates and just 15 per cent disclosed employee turnover. Investors are increasingly swinging behind the WDI as a platform for companies to disclose key information on how they manage and protect workers in their operations and supply chains.

The WDI is run by responsible investment charity ShareAction, in partnership with the Responsible Investment Association Australasia (RIAA) and Canada’s SHARE. Funded by the UK’s Department for International Development (DFID), the initiative’s ultimate goal is to ensure better quality jobs in alignment with the UN’s Sustainable Development Goal 8, which calls for decent work for all. The first step is securing better data and there are promising signs in this regard.

Last year, 90 companies provided data in response to the WDI survey. Disclosers included 21 of the biggest 100 companies in the world and represented 16 different countries. These companies employ around 8.3 million people in their global operations and have business relationships with more than 1.5 million supply chain organisations.

The first ever WDI conference, held in early June in London, was a further sign of growing momentum in the drive for better workforce data. Over 100 representatives from companies, investors, governments and civil society came together to discuss why it is crucial for all parties that workforce data improves. To drive home that point, specific topics covered at the conference included gender equality and fair wages for the global workforce.

The message from investors at the conference was clear: they need better data to make sound investment decisions and be informed and engaged shareholders. Other themes provoked interesting and constructive debate. One speaker argued for a shift in mind-set from seeing workers as a cost, to seeing them as an asset which is crucial to the success of the business. Linked to this was the question of whether the interests of investors, companies and workers can ever fully align. Here the mood of the conference was one of hope and determination: yes they can align. But it is not enough to say they can align, instead they must align and delegates should do all in their power to ensure that happens. The benefits of a stable, well-motivated workforce have been clear to many asset owners for some time. After all, companies with high turnover rates, poor health and safety standards and unmotivated staff contain additional risks for the investor seeking to generate stable, long-term returns.

Encouragingly, there is an increasingly strong business case for treating the workforce as an asset and improving policies and practices on a wide range of issues. Research has found that 75 per cent of UK businesses who paid the real Living Wage reported increased motivation and retention from employees. Additionally, if companies work towards being more inclusive and diverse they then benefit from diverse talent.

Finally, there is also growing evidence of financial benefits of engaging on environmental, social and governance (ESG) issues for both companies and investors. The often neglected S of ESG is fundamental to this and – along with other initiatives – the WDI is helping to bring this to the fore.

Despite the growing business case for engaging with workforce issues, there is a sense that many companies still feel nervous about disclosure and are hesitant to be the first among their peers.  However, companies should recognise that, facing more scrutiny from investors, consumers and increasing legislative requirements, they would be better placed to get ahead of the curve.

Earlier this year the Australian Government introduced a Modern Slavery Act. The act requires Australian businesses with revenues over A$100 million to report annually on the risks of modern slavery in their operations and supply chains, as well as the action they have taken to address those risks. There have also being growing legislative requirements about disclosing diversity data globally. For example, since 2017 the UK has required all companies with 250 or more employees to produce a gender pay gap report. Australia has similar reporting requirements.

As well as its core purpose of generating better workforce data, the WDI aims to continue growing its capacity to facilitate a forward-thinking and open dialogue about vital workforce issues between investors, companies and other stakeholders. It was apt, then, that the conference touched on the question: what would the world be like in 10 years’ time if the largest publicly traded companies undertake robust workforce disclosure?

There is widespread support for creating a working world with less inequality: one where all workers enjoy decent work, are paid a living wage and work in good conditions. While there is a long way to go to achieve this – and many different organisations need to collaborate to get there – the WDI’s early momentum is promising.

With that big picture in mind, focus moves to the shorter-term and, specifically October 21 – the deadline for companies to disclose to the 2019 WDI survey. By then it is hoped many more of the world’s flagship companies will have taken a vital step on the road to workforce transparency.

James Coldwell is investor engagement manager for the Workforce Disclosure Initiative at ShareAction in London.