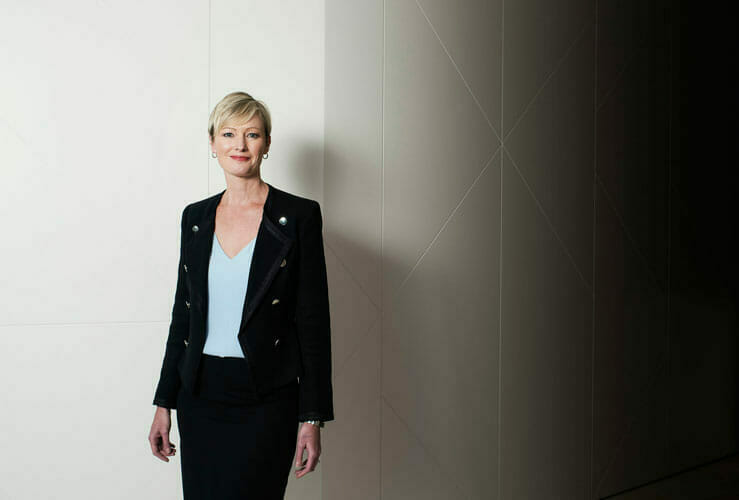 Kylie Willment is well aware that she has taken on her first chief investment officer role at a time when the long-term outlook for markets is extremely challenging. But she sees big opportunities in being part of a global team with a shared vision to embed the concept of stewardship into mainstream investment practices.

Sydney-based Willment joined Mercer as its CIO for the Pacific region in October 2017.

She replaced Russell Clarke, who departed in May 2017 to step into the CIO role at Victorian Funds Management Corporation.

Willment says: “One of the things I’ve come to appreciate quite quickly about working at Mercer is being part of a global organisation and the depth and breadth of the resources that affords me.”

Mercer is a wealth-management and asset-consulting firm with $200 billion in funds under management globally. The firm has more than 1000 investment staff in 44 countries and is a wholly owned subsidiary of New York Stock Exchange-listed Marsh & McLennan Companies.

Willment is a true believer in the importance of embedding considerations of ESG factors into investment decisions. Mercer’s position as one of the leading exponents of responsible investment practices globally was a major factor in attracting her to the role.

“It comes back to really having the belief that sustainable investment practices will have an impact on your long-term risk and return,” she says. “Once you believe that, which I do and Mercer does, then you see it not as a side activity but actually something that’s really integral to your investment process and framework.”

“We still think the global growth environment is supportive of reasonably strong equity returns from here, but we’re also conscious that markets just don’t go up in a straight line forever and we’re in one of the longest-running bull markets seen for a number of decades,” Willment says.

She wants to act now to ensure the portfolio is positioned to demonstrate resilience in a downturn.

When Willment arrived in October, the Mercer Pacific investment team was “right at the pointy end” of completing its triennial strategic review. Mercer Pacific deputy CIO Philip Graham, who was acting as interim CIO prior to Willment’s arrival, led the review – very capably she notes.

“It was a great opportunity for me to very quickly become immersed in the portfolio and process,” she says.

Tweaks have now been made to the portfolio where holdings were inconsistent with the house view on the investment themes that are expected to be the most important in the three years ahead: the move from quantitative easing (QE) to quantitative tightening; the late-stage corporate earnings and market cycle; and an increasingly fragmented geopolitical landscape.

“We considered what each of the themes was likely to mean from a portfolio construction and investment strategy perspective, and how we needed to adapt the strategy to be positioned either to benefit from those themes or manage their risks.”

Willment says investors obviously have to be cautious as the experiment of unwinding unprecedented amounts of monetary stimulus plays out.

“Unwinding QE has to be recognised as one of the key points of risk over the next few years, because central banks have never done it before,” she says. However, Willment believes many people’s fears about how markets will respond to quantitative tightening are too simplistic. She’s not convinced that just because the proceeds of QE fuelled bull markets in certain asset classes, such as shares, those markets will deflate as the stimulus is unwound.

How it all plays out will depend on a range of factors, she says, demanding that investors remain vigilant about monitoring the risks in their portfolio.

“It is important to be more mindful of the risks in markets and have more scenario- and stress-testing of portfolios,” she says. “You need to be thinking about the portfolio’s sensitivities to interest-rate risk and inflation, making sure there are processes in place to help navigate through those changes as they occur.”

These processes need to be solid enough to empower investors to “look through the noise” and identify when changes are cyclical or more structural, she warns.

“Otherwise, you get over-reactions like we saw [in early February] in response to one or two single data points.”

Reflecting the magnitude of the risks associated with quantitative tightening, the most significant change in the portfolio following the recent review was to rethink the role of traditional defensive fixed interest.

“Cash and bonds have both obviously got challenges, from both a risk and return perspective, so we have moved out of some of those traditional defensive assets and into strategies that are more skills based,” Willment says. “Things like absolute return funds or multi-asset credit strategies, where you’re not just at the whim of duration exposure but managers are really using the skill to manage through bond market volatility and challenges.”

Another outcome of the review was that some additional capital was deployed into unlisted assets, although Willment notes that valuations were stretched across unlisted asset classes, meaning this had to be done cautiously.

Options-based risk-management overlay strategies are also running across the portfolio, a decision Willment tips will prove valuable when, sooner or later, volatility ticks up. Ensuring foreign exchange exposures are right has been another a priority.

Looking to be more nimble

The biggest impact of the review, potentially, will come not from new investment decisions but from changes in how those decisions are executed.

A top priority for Willment is to reduce the lag between when investment decisions are made and implemented.

“It’s not a major overhaul, we’ve already got a good DAA [dynamic asset allocation] capability,” Willment says. “There is still some work to be done from an operational perspective to make sure the lag time between decision and execution is as small as it possibly can be.”

Willment was coy about revealing what the lag time is now, or what she hopes it will be eventually.

“It’s never going to be quite in real-time but you certainly want to make sure that gap is as small as it can be,” she says. “Particularly if you are doing market-sensitive trades, or trying to be opportunistic in response to market movements.”

Those sorts of scenarios will probably occur more frequently as market volatility ticks up.

“We’re not trading the portfolio. I mean, even our DAA views are one- to three-year positionings, but when you get significant market moves, that is a good time to work out whether it is time to readjust.”

Asked to share what she would most like to achieve as a CIO, Willment says simply that she hopes to have a positive impact on the lives of those people whose money she is entrusted with investing.

“I think for any investment professional with fiduciary responsibility, that is what it all boils down to; it’s a really privileged position and it comes with a high level of responsibility,” she says. “If we remind ourselves of that every day, it can hold us in really good stead.”

She says the broader industry has more work to do to lift educational and professional standards.

“We need to ensure those people in trusted positions of advising people on their investments, and making decisions on behalf of other people, have actually got the skills and knowledge they need to be able to do that in the best possible way,” she says.

“The CIMA certification is specifically targeted at people who are advising on or constructing portfolios at a multi-asset, multi-manager level,” she says. “I think it has got incredible application within the Australian industry, right across the institutional funds space but also for financial advisers.

“From a CIMA Society perspective, the minimum adviser standards are not high enough…and the impact of that on real people’s lives can often be significant.”

It’s a drag: why TPA is superior to SAA