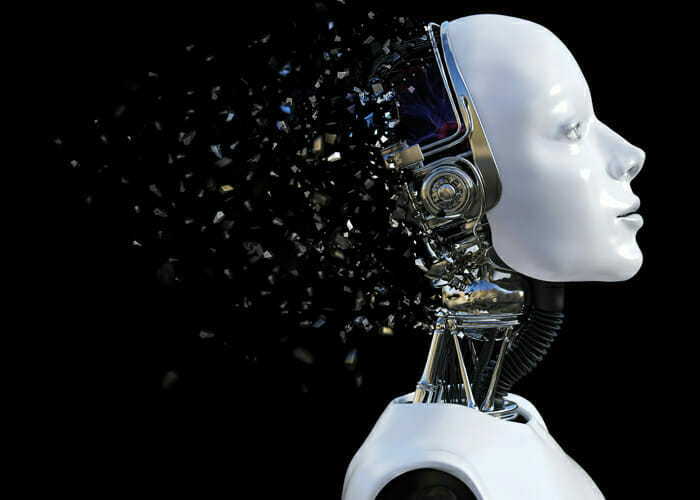 3D rendering of the head of a female robot. The head is breaking apart. Black background.

Technology should be a priority for all asset owners but for most it is not, Stanford’s Ashby Monk has said.

“If you don’t sense a blistering pace of technological change in your organisation, then you’re behind,” said Monk, who is executive and research director of the Stanford Global Projects Center. “Most pension funds are operating with a large technological debt [that] will one day lead to technological bankruptcy. Technology should be a matter of priority. This needs urgency.”

Speaking at the Association of Superannuation Funds of Australia annual conference, Monk, who is executive director of the Stanford Global Projects Centre said artificial intelligence can be applied to every element of finance.

“You can apply AI to people, process and information and over time this will lead to a singularity – a permanent and structural change in the way we do things,” he said. “I believe the hype around AI is justified.”

For institutional investors, which have historically found innovation challenging, Monk said the AI revolution demands a huge cultural shift and a re-allocation and re-prioritisation of resources.

“It will fundamentally change your business,” he said.

Monk, who is also a senior research associate at the University of Oxford and a senior adviser to the chief investment officer of the University of California, consults to pension funds and sovereign wealth funds around the world.

He said investors need to build the tools to harness AI and predicts profound disintermediation and re-intermediation in the industry as a result of technology.

“We think autonomous, self-driving portfolios are coming,” he said. “Imagine AI that understands your liability profile, governance constraints and risk tolerance, and designs a portfolio for you. What gets me excited is the future of asset management that could come from these powerful tools.”

Monk told the story of a high-profile, Oxford-based hedge fund that is using AI, which resulted in it generating better alpha than ever before. The problem, he said, is the team didn’t know why it was producing a better outcome, people didn’t understand why it worked. So why should that sit inside a hedge fund with a 2 and 20 fee structure? It raises questions about what will happen to the world of quantitative and active management in the next 10 years.

“Are fund managers better than the PhDs coming out of Stanford? AI is not coming out of Connecticut,” he said. “AI is the first opportunity in financial services to create an enduring advantage out of inference. Speed or inference are our core advantages; for 4000 years, the advantage has been speed.”

“If they are successful, it will change the way we deploy capital,” he said. “We need people like Manesh [Nathoo, Alpha Vista’s chief executive], who could have built a hedge fund but wants to democratise the technology. It’s hard to help entrepreneurs [build something other than] a hedge fund out of their cool technology. But we need to help them build information, knowledge-sharing systems, not just a return stream.”

Monk also makes clear AI is a means, not an end.

“AI is another tool in the toolkit,” he said. “Focusing on fees and cost transparency is the most important thing we as asset owners can do. We don’t get from managers the true costs. How do we know if we have alignment of interests if we don’t have fee transparency?”

A red-hot Go for innovation

AlphaGo Zero is the latest version of a computer program that defeated the world champion at the ancient Chinese game of Go, a contest of intuition and complexity that was thought to be beyond the realms of any computer.

The interesting thing about AlphaGo Zero, developed by DeepMind, which is now part of the Alphabet group, is it didn’t learn the game by playing humans, but by playing only against itself. In doing so, it quickly surpassed human levels of play and defeated the previous world champion by 100 games to zero. And all this happened in only 40 days.

“Imagine this being applied to risk management, your stakeholders’ needs or portfolio management,” Monk said.

Too many owners don’t think of developing their own internal innovations for competitive advantage, they just think about what goes on outside their organisation, said Monk, who lives and works in the San Francisco Bay Area, drives a Tesla and consults to a number of start-ups.

“How many funds have a process for monitoring new start-ups and tech companies?” he said. “This is cognitive dissonance, you believe one thing and your actions are the opposite. Commensurate urgency is needed to be innovative. Innovation is messy and there’s a natural tension between efficiency and innovation, which is challenging. But asset owners are the base of our capitalist system, from which all capital flows to managers and companies, and we need them to innovate.”

Step one for investors in creating this urgency is to take their networks seriously.

“Empower senior leadership to identify companies and academics and build deep relationships with them,” he explained.

The top pension funds in the world embrace such relationships, Monk said, pointing to some Canadian funds that have a network or relationship team and find “super connectors” in the world, put them on the payroll, and help their internal teams connect to solve problems.

“This means making an investment without understanding what the return is,” he acknowledged. “But at some point, relationships will be valuable because they’re real and not based on a transaction. Make 20 relationships; if 10 of them are in technology, it will position you well for the next 10 years of chaos.”

Monk does recognise it’s a two-way street, and that investors have a role to play in educating the technology industry on how to cater for them.

“Technologists don’t know what pensions are,” he said. “They think finance is [the venture-capital firms on the Bay Area’s] Sand Hill Road and don’t know how capital is allocated. So how can they build technology for [asset owners]?”

Ashby Monk will be a speaker at conexust1f.flywheelstaging.com’s Fiduciary Investors Symposium at Stanford University, September 30 – October 2, 2018. 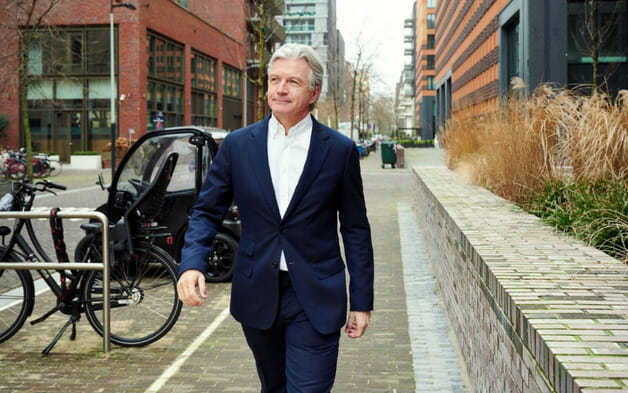