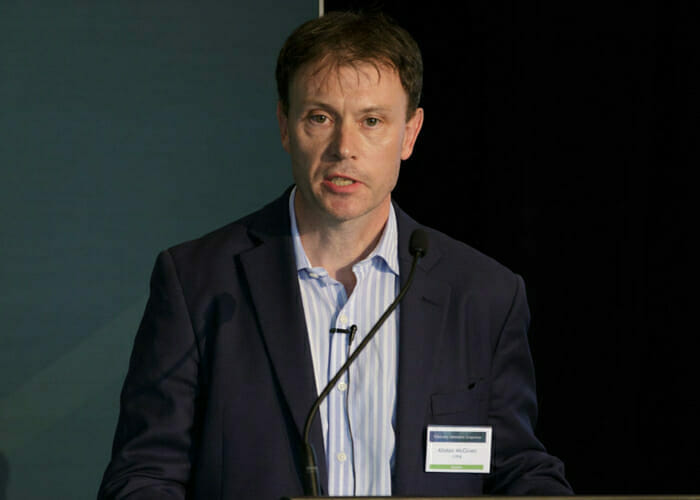 The C$328 billion ($258 billion) Canada Pension Plan Investment Board is looking at how it can maintain a 42 per cent allocation to private markets. At some point it might be possible to augment private market holdings with public-market proxies.

Alistair McGiven, CPPIB managing director and head of strategic tilting, says the fund was considering how the fund might retain its private markets, given its projected growth.

“One issue we are looking at is how we can retain the level of exposure we want on the private side,” McGiven says. “As we’ve grown, we’ve done a pretty good job increasing the amount in private asset classes but we are starting think about how we could retain a high share of private market assets as we continue to grow. The kind of debate we are having is whether we can augment some of what we are holding in private markets with public proxies. We don’t have an answer to that yet but it’s just one of the questions we are asking ourselves.”

CPPIB invests in private markets directly and through funds, and was relatively early into the space, influenced by former chief executive Mark Wiseman, who had a private-equity background.

In 2003, the fund had 3 per cent of its assets in private markets and has increased that exposure over time to the 42 per cent it has now.

The Canadian Government recently announced it was expanding the Canada Pension Plan and is increasing contribution rates from 9.9 per cent to 11.9 per cent McGiven says the fund is examining what sort of investments it will hold when it has assets of $1 trillion and beyond.

“There’s a capacity issue. We are looking at all asset classes to see if it makes sense to be in them or not. When you’re $1 trillion, there are some assets that can’t help you anymore so we might need to review their role in the fund,” he explains.

McGiven points out that private investments are expensive, and if the same proportion of those assets is maintained as the fund grows, there isn’t the benefit from the economies of scale like in public markets.

CPPIB has a 6.7 per cent 10-year annualised return.

“We have had very good returns, and there has been a negative bond/equity correlation, so the Sharpe ratio has been very good. Will this be sustained? Dangerous for us to assume that negative correlation will remain. We need to be at least testing whether we are robust,” he says.

McGiven says CPPIB believes there are three main sources of investment returns: security selection, diversification and strategic tilting. The strategic tilting, for which he is responsible, is tactical asset allocation done at the total-fund level, similar to what New Zealand Super does.

“It’s a global macro, tactical asset allocation overlay…It’s very high scale,” he says. “We try to figure out the intrinsic value of the asset classes and when they are cheap we’ll go long and when they are expensive we’ll go short. But value can be one of those things you have to be patient [with and let] play out. Because we have a long-term horizon, we have an edge and can be more patient, maybe, than the average investor – and can be rewarded for our patience.”