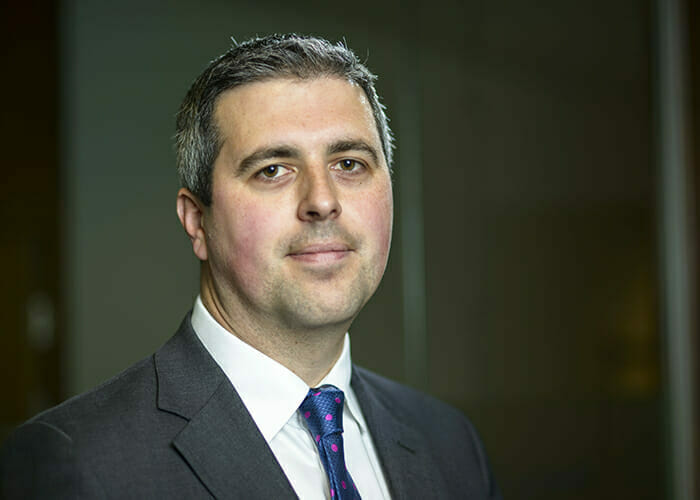 Evolution is the buzzword at the Local Pension Partnership (LPP), the collaboration between two of the United Kingdom’s local authority pension funds. The Lancashire County Pension Fund and the London Pension Fund Authority (LPFA), with combined assets of about £12 billion ($15.5 billion), set about joining forces to better access investment opportunities in private markets before the government decided to pool local authority schemes into fewer, bigger funds.

That trailblazing has earned the LPP real expertise as the wider pooling process is still gathering momentum. As the evolution continues, Chris Rule, LPP’s managing director and chief investment officer, is heading a quiet revolution as well.

“It’s all about making sure you get proper delegation of decision-making because, bluntly, if you come together and pool but actually all of your portfolios look very different to each other, you haven’t created much scale.

“I think the real challenge people are having, not only in the Local Government Pension Scheme (LGPS) but also in private-sector pension funds, where there is also talk of consolidation, is how you get people to give up their favourite manager, give up their authority to make decisions on minutiae, and focus on the real decisions that make a difference, namely asset allocation. They then need to replace the historical structure with a professional, scalable operation underneath that can report back to stakeholders.”

Rule is convinced that the key to successful pooling lies in getting the governance right. It’s what he refers to as “the governance premium” that will ultimately enable the fund to “maximise benefits of scale”.

LPFA and Lancashire have both maintained control of their strategic asset allocation, and how they deal with their employers and contribution rates. They also both still sign off on funding strategy.

A typical “sovereign decision” includes LPFA having a liability hedge in place using an overlay, whilst Lancashire doesn’t. However, in terms of sub-asset class strategies, manager selection and stock selection, control is fully delegated to the LPP.

“Once an asset allocation decision is made, LPP has full discretion,” Rule says.

Although the asset allocations between the two entities differ, he says the funds are on similar paths. Both already have low allocations to traditional equity (50 per cent at the LPFA, and about 40 per cent at Lancashire) compared with peers. And although there will be no dramatic shifts, both ultimately aim to expand investments outside fixed income and equity.

Rule plays down the need to attract more local authority funds to the LPP pool to increase assets under management in line with the government’s £25 billion ($32 billion) target for each fund. He argues that the LPP is already big enough to negotiate the “lowest possible fees” with external managers “sitting significantly above the threshold below which fees start to escalate”.

He also says the LPP’s current size ensures it can be nimble. He says he is considering additional clients and pursuing a “number of avenues”, although he cautions that any considerations around taking on new investors have to be balanced against the fit with existing clients.

Besides, LPP is achieving greater scale in other ways, like collaborations in infrastructure. GLIL Infrastructure is an infrastructure partnership that began between the LPFA and Greater Manchester Pension Fund.

It has grown to a £1.3 billion pool that includes other local authority funds Merseyside and West Yorkshire. Now, Rule wants to make it available “to all investors”.

With this in mind, the joint-venture structure is being converted to a fund structure that will allow entry for passive, or smaller, investors.

“There are a number of investors out there who would like access, but don’t have the size of allocation that would warrant them coming into the structure we have today,” Rule explains. “A fund structure will allow limited partners to come in.”

So far, other local government pension funds have shown the most interest, but he believes smaller private asset owners “unable to join consortia” will join. He particularly likes UK infrastructure because of the advantage of local knowledge and the currency and inflation match.

“There will be a home bias, although we do look globally in all asset classes,” he says.

It is also a model he hopes to roll out to real estate, and possibly other real assets. Collaboration with other funds on infrastructure investment has developed a structure that has some parallels in real estate.

“The pooling at an asset class level, rather than on a multi-asset class level, does have some merit, especially in private markets,” Rule says. “We are at the early stages of thinking about how we might expand at this level. But the concept of sharing capital and sharing resources and underwriting capability is successful. We are able to do much more with much less; we are not operating with a huge cost base.”

Managing more assets internally is another stated aim at LPP, where the internal headcount is now 24, double what is was a year ago.

This effort has focused most on listed equity to date. About 40 per cent of LPP’s global equity allocation is now managed internally. Rule is reluctant to set a target for how much that should grow.

“We are very cautious about setting targets, because it is a false incentive to allocate internally if you don’t have the best ideas internally.”

Indeed, some of the internal capability will be invested in manager selection, in line with Rule’s belief that those choices are just as important as stock selection.

Along with building internal skills to allow more direct underwriting in infrastructure, he also wants to increase resources around underwriting credit investments. He’s looking to build expertise in total return as well, an asset class that catches more opportunistic and liquid investments at LPP, like re-insurance.

“We have done some underwriting in this space,” he says.

Although the rationale behind building internal teams is partly cost, Rule says it is also driven by a desire to invest in private markets in a way that’s different to how many investors do it.

“Our horizon is long term and private assets are often held by short-term investors,” he explains. “A traditional closed-end fund structure has a three- to four-year investment period, but we would rather own an asset for 30 years.”

That observation leads him to reflect on the beating heart of the pooling process.

“It’s about coming together to make more of one of the true competitive [edges] in the defined benefit pension world: being a genuine long-term investor.”