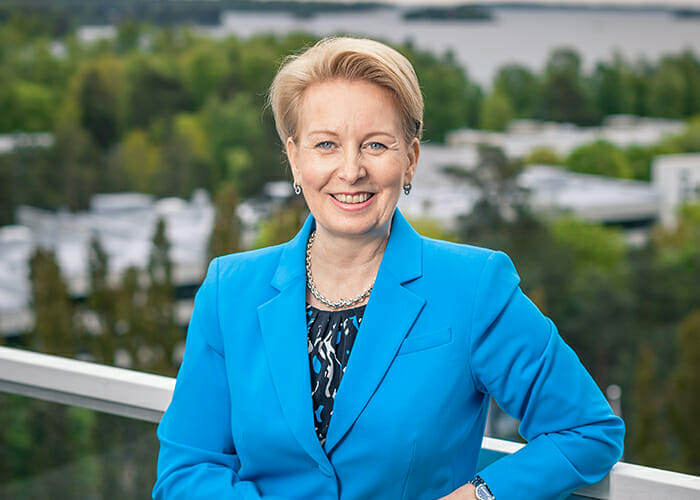 One of the rationales behind the merger was to create an economy of scale that combined each fund’s investment skills in one strong, in-house team with expertise across the asset classes.

Two years on, and with some 80 per cent of assets now managed in-house, the EUR 21 billion ($23.8 billion) fund is one of the most popular pension providers in the country, with one in three companies, and more than 40 per cent of Finland’s self-employed, holding pensions with Elo.

Elo returned 5 per cent last year from a portfolio that although diversified, still has around a third of investments in Finnish assets.

“We’ve been positively surprised by good performances in our emerging market investments, both in equity and fixed income. Some other parts of the fixed income portfolio have also performed very well, like high yield. On the other hand, this market environment seems to be difficult for hedge fund managers,” she says, attributing this to new capital flowing into hedge funds and the narrowing risk premiums.

Although the fund’s high exposure to the Finnish economy comes mostly from its direct real estate holdings, Finnish companies account for about one fifth of Elo’s equity portfolio.

It amounts to a significant exposure to the current challenges in Finland’s economy, the eurozone’s worst performing economy in the third quarter of 2015, but Hiidenpalo believes the affect is muted.

“Elo’s direct real estate portfolio is mainly invested in Finland and this domestic exposure accounts for most of the whole portfolio’s Finnish exposure. On the equity side we have Finnish companies in the portfolio, but almost all of them operate in the global markets. I don’t count these as a domestic exposure if a company’s turnover is generated mostly outside Finland,” she says.

Over the course of 2015 the fund increased its equity exposure to the US and emerging markets, while cutting its allocation to European equity.

It also increased the proportion of index investments and exchange traded funds (ETFs) which Hiidenpalo likes, and plans to increase further, because of the low costs, efficiency, entire market exposure and diversification the strategy brings.

Along with the allocation to Finnish equity, the portfolio is portioned to European stocks (37.4 per cent) the US (20 per cent) and emerging markets (17.8 per cent) with “other markets” accounting for the final 6.8 per cent.

From the beginning of 2017, Finnish pension insurance companies will be able to increase equity investments by about 5 per cent, due to changes in Finland’s solvency framework: Hiidenpalo won’t be drawn on whether that means a bigger equity allocation next year.

“Any possible increase will be related to the market view and return expectations on equities,” she says.

Building in-house management is an ongoing theme at the fund, where Hiidenpalo seeks to develop in-house models and use big data to enhance the cost effectiveness and transparency of the portfolio.

“In-house management will increase in the future. In-house costs are only a fraction of the total costs and so it makes sense to increase in-house capabilities and our own resources,” she says.

As well as moving more management in-house to cut costs, she is embedding a culture around the awareness of costs, particularly those related to investment processes that includes monitoring third party fees on funds and keeping a close eye on any “unnecessary trading.”

It found the carbon intensity of its direct equity portfolio was already 15 per cent lower than the MSCI World Index. Strategy includes robust engagement with companies on their carbon profile, Hiidenpalo says.