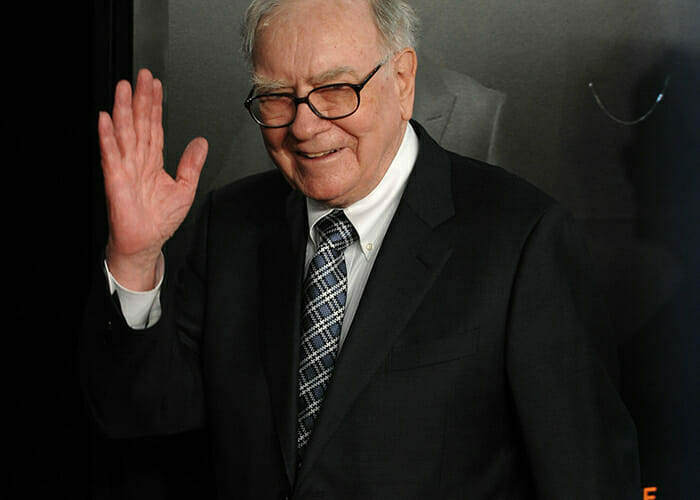 “Good Morning. I’m Warren Buffett and this is Charlie Munger. I’m the young one.”

So began the Berkshire Hathaway AGM, a seven hour adventure through the American economy as Buffett, 85, fielded shareholder questions with his vice chairman and right-hand man Charlie Munger, 92, from Berkshire headquarters in Omaha, Nebraska.

Warren Buffett’s journey to becoming America’s best-loved investor began back in 1962 when he bought a struggling textile business. Since then he’s built up a $360 billion conglomerate that spans insurance, rail, energy, furniture and food, by sticking to his basic principles of value investing: he only invests in businesses he understands, with managers he trusts, at low prices. It’s a formula that saw Berkshire’s net profits climb 21 per cent to $24 billion last year.

Berkshire’s shareholders have never been shy about voicing their opinion at the annual AGM, and this year Buffett’s answers drilled deep into the workings of his company from the gloomy outlook for rail freight and reinsurance, to his steadfast investment in Coca-Cola that left one health conscious shareholder more likely to successfully prise the can of Cherry Coke out of his hand than persuade him to sell his 9 per cent stake in the sugary stuff.

Questions kicked off with an inquiry into why the company was pouring money into capital intensive companies when Buffett has always sought businesses that required little, or no capital investment.

“The ideal business is the type that takes no capital and grows,” acknowledged Buffett.

He talked of the “double barrelled effect” of owning a business that grew without requiring “lots of money” allowing earnings to be used to purchase other businesses. But times have changed, and given the kind of capital Berkshire now needs to deploy, capital-intensive businesses like renewables and railroads are the norm.

“The alternative would be to go back to working with tiny sums of money and that really hasn’t gotten a lot of serious discussion between Charlie and me.”

Berkshire showed the extent of its firepower in a recent $32.4 billion acquisition of Precision Castparts, a high end manufacturer of aircraft and engine components.

Of Berkshire’s many insurance businesses, the biggest are reinsurance giant General Re and GEICO, America’s second biggest auto insurer which collects $18 billion in premiums annually. Buffett, who sold Berkshire’s entire stakes in reinsurance groups Munich Re and Swiss Re last year, believes the sector is in for a rougher ride over the next 10 years.

The reinsurance market is suffering from supply outstripping demand, but the biggest challenges are low interest rates and the limited investment options for the float, from where a significant proportion of insurers’ earnings come. “It is no fun running a traditional reinsurance company, having money come in – particularly if you’re in Europe – and looking around for investment choices, to find out that a great many of the things that you were buying a few years ago now have negative yields. The whole idea of ‘float’ is that it’s supposed to deliver a fairly substantial investor-positive rate. That game has been over for a while,” said Buffett.

A shareholder motion from climate activists demanding a report into the risk of climate change on Berkshire’s insurance business got short shrift.

The vote attracted little more than 10 per cent support with a large majority accepting Buffett’s proposal set out at length in his annual report in February – that Berkshire could simply raise insurance premiums if climate risks turn out to be significant.

So to renewables, where Berkshire has one of the largest energy portfolios in the US, spanning wind, solar, hydro and geothermal.

It’s a subsidy-dependent industry that faces regulatory headwinds from contrasting policy, coming from the different US jurisdictions, said Buffett.

“We would hope we have the capital and are in an advantageous position to be a big player, but government policy is the major driver.”

In his opinion, given that society benefits from the reduction of greenhouse gasses, it should be society that picks up the tab. But who subsidizes renewables, and by how much, will be a “political question for a long time to come.”

Falling demand for coal has hit BNSF’s freight railroad business. Commodities are being hauled less because of the mild winter and buyers over-ordering. But he defended BNSF as a “very good company” that just “wouldn’t earn as much as it earned last year.”

“It hasn’t turned it into a bad business but just a less attractive business,” he said adding that he would avoid 45 of the top 50 banks. A particular worry is the mismarking and misunderstanding of derivatives positions, widespread across the financial system.

“I know one that is so mismarked it would blow your mind,” he threw in.

Berkshire’s leasing businesses have done well, although here, he says, banks do have an advantage. He reported “huge activity” in freight train repair field.

“Aircraft leasing doesn’t interest me. That’s a scary business. Some people have done well using short term money to finance long term assets, but this isn’t for us.”

In answer to a shareholder’s inquiry, asking if he thought the US property market was “frothy” and reminiscent of 2007, he reassured that he saw no nationwide bubble in real estate.

“We are not paying bubble prices for residential real estate.” Good news for the Berkshire shareholders cruising the exhibition hall showcasing Berkshire companies, including a Clayton Homes modular home, on sale for $78,000, reduced for shareholders.

Such is Berkshire’s reach, the conglomerate’s health has become a proxy for the health of the American economy as a whole. Buffett may not be bullish, but he’s measured and for the long-term.

“Over time American businesses are going to do fine,” he said.