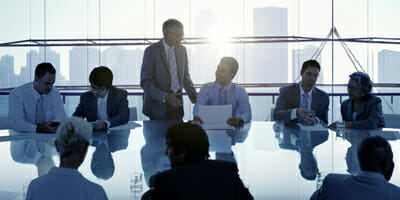 It’s the reason why the UK local authority fund has been working with an ongoing PRI-led collaborative engagement process exploring different corporate practices around director nominations in 23 companies in France and the US.

“It’s not our job to micromanage companies, but director nominations are a proxy to having a real effect,” she said speaking at the UN-supported PRI in Person 2015 conference in London.

PRI has long been urging investors to play more of a role in the election and oversight of corporate boards, arguing that a robust director nomination process is of fundamental importance to board effectiveness.

By prioritising this area, it says, asset owners can become directly involved in nomination committees or exercise their voting rights with profound effects on governance.

The PRI’s information gathering process, ongoing until next year and broadly welcomed and perceived as relevant by corporations, has already illuminated board practices with possible governance implications.

In French companies access to the board isn’t always easy, observes Michael Herskovich, head of corporate governance, BNP Paribas Asset Management. “French companies don’t see boards as a point of contact for investors. Board nominations, or the possibility for investors to speak directly to boards, is still a first step. We are not there yet.”

Other practices include chief executive involvement in the selection of non-executive directors in some French companies. “Is this best practice?” doubts Jean-Nicolas Caprasse, director, ISS Europe, ISS.

Many French companies also have combined chief executive and chairman roles, another issue high on the governance radar, the research has revealed.

The PRI-led collaboration with US companies, where demands for proxy access which gives shareholders a formal right to propose their own candidates alongside those named by the current board is growing, shows that corporations with substantial shareholders tend to disclose less.

Boards with more women also tend to have better disclosure. In France, researchers found the number of foreign directors on a board tended to improve the level of disclosure.

“Disclosure of a board’s makeup is crucial for shareholders to be able to examine a board’s skills mix, the gender mix, experience and age. It creates a really good picture of where they are strong and where there are gaps so investors can then help push to fill the gaps,” says Clements. “We would encourage investors to ask companies if they are doing a skills matrix and then show it to shareholders so that at election they can understand if those new directors coming in will really fill the gaps.”