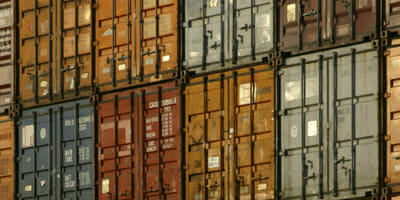 There is still value in infrastructure, according to ADIA’s head of infrastructure, John McCarthy, provided you adopt a flexible approach. The huge sovereign wealth fund is reviewing its strategy, including whether it currently has appropriate benchmarks in infrastructure, a question that has been prompted by its outperformance.

The natural competitive advantage that the Abu Dhabi Investment Authority (ADIA) held when it first started investing in infrastructure in 2007 – namely a direct investor with huge amounts of capital – is no longer as relevant. The infrastructure allocation at ADIA currently sits at 2 per cent of total assets.

ADIA’s infrastructure portfolio has performed very well, partly due to timing and the exploitation of opportunities after the GFC and the deployment of capital at lower prices. But John McCarthy head of infrastructure in the real estate and infrastructure department of the Abu Dhabi Investment Authority (ADIA) says that 2007 position of strength has altered.

“The competitors are significantly broader and can write significant cheques of $1 billion-plus. The points of difference in size don’t exist today and we are forced to constantly modify/adjust the strategy to try and play to competitive strengths,” he says.

The continued entrance of large investors, such as Japan’s GPIF, into the market exacerbates the problem in infrastructure – that there is a vast amount of capital chasing limited number of opportunities, McCarthy says.

“Although the limited number of opportunities is somewhat artificially created by your investment strategy,” he adds.

“There’s a time frame for those entities to complete their review (three years) and execute, but they’re slow. The slower they are the better. With any luck we’ll see a different interest rate environment, but if it doesn’t change and then they allocate to real assets, there will be a significant impact, it might be a good time to be selling,” he says.

At the moment, however, McCarthy still sees value in the infrastructure market.

“It is tough and competitive but good returns are still available for an investment strategy that’s flexible. By flexible I mean the ability to invest in emerging markets and developed markets, higher risk infrastructure and core, through funds or direct, and listed and unlisted. Flexibility is an advantage,” he says.

In infrastructure ADIA’s core focus is on assets with strong market leading positions and relatively stable cash flows, including utilities such as water, gas and electricity distribution and transmission companies as well as transport infrastructure such as toll roads, ports, airports and freight roads.

The primary strategy is to acquire minority equity stakes alongside proven partners, mostly in developed markets but with an increasing focus on emerging markets. It does not seek to control or operate the infrastructure in which it invests or owns.

McCarthy still sees that one of ADIA’s competitive advantages is the fact it has a 75-year view for when the capital is needed, so the time horizon is a benefit. This also means that it does not invest for the sake of income, but is a total return investor.

The flexibility of its approach, the fact that fees don’t drive choices and a relatively agnostic view on vehicles gives the team some freedom. Benchmarks are also an “after thought” with investment decisions being driven by bottom-up analysis on the risk and return profile.

“There are benchmarks we use to measure the portfolio but they are more of an afterthought. It comes down to if it’s a good deal. We do bottom up analysis, and come to a view of the risk of the deal, the returns available and then compare it to alternatives. We then come to a view as to the sustainability and deliverability of that return and only at the end do we look at whether it’s outperforming the benchmark.”

The portfolio has substantially outperformed the benchmark, he adds, but that the benchmark is being reviewed as part of the investment strategy review.

He says the infrastructure team tends to look at outperformance relative to fixed income and apply some measure of inflation to the country it is investing in.

“But it comes down to bottom up analysis on a risk/return basis. It is more of an art than a science in illiquid investments.”

The team reviews every asset on a semi-annual basis with a view to whether it continues to hold it or whether it should sell.

“We are more likely to conclude that we made the right decision but there have been six instances where we sold assets,” he says.

There are also incidences where the time horizon of the investment might be different to a partner.

“That comes down to considerations on shareholder agreements and forces us to consider the strategy and do we want to exit or create a new exit,” he says. “So we’re in a constant state of reviewing the robustness of the investment decisions we’ve taken and I think that’s important and a good discipline to have.”

Infrastructure investing at ADIA started as a direct investing strategy, but McCarthy says he is personally agnostic to whether it invests via funds, co-investments, partnerships, or joint venture.

“I’m agnostic as we are driven by performance. Having said that we are direct because we have a skilled team to do that. The team and portfolio has evolved and is continuing to evolve,” he says. The team currently consists of 16 but will increase to around 20 or 25 people. The real estate team is 100.

This sits well with what McCarthy sees as an imminent increase in direct investment as a generation of funds raised in 2005-07 are entering points of exiting.

“We will probably see direct investments as more relevant in those assets and the profile of ownership change for quite some period of time. The shift in the ownership profile between now and 2018 will be quite dramatic I think.”

While he sees fees as a tax, or a point of leakage, they are not a reason for not investing.

“My advice is to just factor it in, negotiate the best you can. But it is not a reason not to invest or not to use fund managers,” he says.

“The market has sustained quite high fees in real estate, private equity and infrastructure for a long time. The question why private equity can charge a high fee without a benchmark that the performance fee is being calculated on, doesn’t make real sense, and the market hasn’t been able to shift it.”

John McCarthy was speaking at the Frontier Advisors Conference, “Depth and Breadth: the challenge of investing”.

The asset allocation for ADIA is: