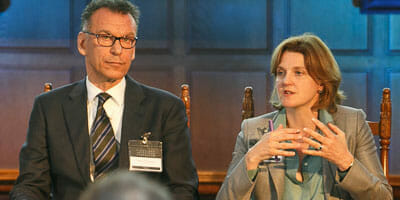 The biggest challenge when it comes to investing in mega greenfield infrastructure projects is cost overruns, explains Bent Flyvbjerg, First BT Professor and Chair of Major Programme Management at the University of Oxford’s BT Centre for Major Programme Management, speaking at the Fiduciary Investors Symposium at Oxford University’s Rhodes House. It’s not hard to find examples of projects that have gone awry he says, citing the Channel Tunnel, Denver International Airport, the Sydney Opera House and much Olympic infrastructure as just some of the “many” overruns.

In a guide for investors on how to best navigate the risk he advises careful assessment of projects according to the type of infrastructure. “Cost overruns vary between projects.”

He counsels on distinguishing between road and toll road projects, PPP and non PPP – though doesn’t think one is more prone to overruns than the other – and different regions. “Time is of the essence. With financing costs accruing but no revenue streams, investors fall into the debt trap which is a bad place to be.”

Flyvbjerg warns that most risk management models don’t take into account the unexpected disasters in infrastructure, so-called black swans. He also warns of the industry’s natural bias towards over confidence. Illustrating this over-optimism with a photograph of a kitten looking in a mirror and seeing a lion reflected back, he warns: “Even if you know the bias is there you are still subject to bias.” It manifests with underestimated costs, overestimated benefits and an overvalued development, resulting in a need to “de-bias.” Investors should add “100 per cent” to the cost of the project and develop in house excellence when they embark on mega infrastructure.

Fellow panellist Cressida Hogg, global head of infrastructure at the Canada Pension Plan Investment Board, manages a $14 billion infrastructure portfolio invested in around 13 assets that include riskier construction and greenfield projects in excess of $100 million. Investments are diversified across sectors including utilities and transport and regions especially Europe and Canada.

The fund mitigates risk by aligning investments with its own expertise and insisting on co-investment in greenfield projects. “We have to know our partners are confident about delivering projects on time and in budget – if not this destroys our equity,” she says.

Hogg believes governments need to do more to encourage investment in mega infrastructure. In what she calls the “elephant in the room” she argues governments need to address the subsidies they are prepared to offer on essential infrastructure projects because of the risks and uncertain revenue streams they hold. Construction risk around the UK’s Thames Tideway Tunnel, a mega sewer running under London taking sewerage out of the river Thames, includes flooding risk, a typical investor turnoff without government support.

“The government in the UK is asking investors to get involved a super sewer. It’s an essential project for London and the government needs to subsidize it.”

Discussions also centred on the lack of big infrastructure deals for investors and uncertainty around policy. Panellists agreed that demand on institutional investors to back mega infrastructure projects has grown with banks retreating from the market. 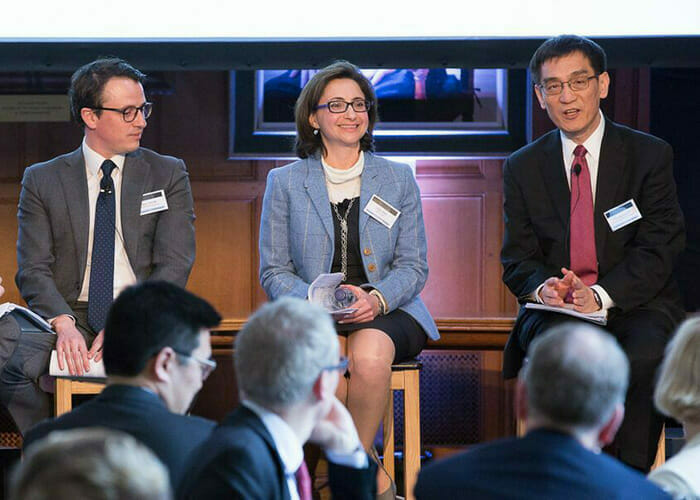