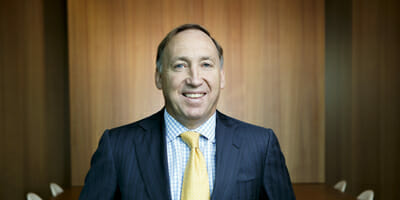 By 2018 AustralianSuper will be managing about A$50 billion ($38 billion) of assets in-house. Chief investment officer of the A$84 billion($64 billion)  fund explains the logic behind the move to David Rowley.

AustralianSuper is rapidly redefining the limits of what a large Australian institutional fund can be.  Projected to double its A$84 billion ($64 billion) size in four to five years’ time, it is turning itself increasingly into a self-sufficient investor. While many in the industry might marvel or be shocked at each step of its evolution – both Mark Delaney and head of equities Innes McKeand were treated with hostility at public conferences after the decision to manage some Australian equities internally was announced – Delaney talks about these changes in a calm, methodical manner, as if it was the most logical  and safest course of action.

Delaney has a problem that very few asset owners in Australia face. In fact only David Neal at the A$109 billion ($83 billion) Future Fund is tuned into the increasing difficulty of placing money with its chosen funds managers, due to capacity constraints. He describes the situation in a simple demand and supply way.

“You cannot get sufficient size with quality managers, which tells you there is excess demand for quality management services in the current marketplace.”

He is also aware of the disproportionate impact AustralianSuper has on the profit margins of funds managers and that it is not always enjoying economies of scale as the size of its external mandates increase. By contrast for managing assets in-house the economies of scale work the opposite way.

“The cost of building your capability (in-house) does not go up at the same rate as your fees go up,” Delaney says.

As each of the internal teams for Australian equities, global equities, fixed income, property and infrastructure becomes funded up to the point of their full capabilities then the savings in costs will be maximised. The fund has a target of running 35-40 per cent of its assets in-house by 2018. As of the end of June 2014, the fund disclosed a total of 9 per cent managed internally.

So, as Delaney admits, in the early years the costs of the internal team will be “a bit lower than external, but not substantially lower”.

The savings will also vary depending on the asset class.  The Queensland Motorways deal completed in April 2014, which is worth around $1.15 billion to the fund, has only required one extra person in the internal infrastructure team on the payroll. The moving in-house is happening in fits and starts; in one week in March, two large property deals in Hawaii and London worth about $1.15 billion increased the amount managed on a direct or co-investment basis by AustralianSuper by 1.7 per cent.

One criticism that might be made of this industrial-sized internal management is that it leaves asset allocation inflexible. Delaney is not too concerned.

All this growth suggests AustralianSuper will one day be self-sufficient in funds management, but that is not in Delaney’s vision.

“If you are a quality manager you have nothing to be concerned about,” he says. “We are not proposing to terminate one of our existing managers because we are doing internal management. We want to hang on to those high quality managers.”

“We hire managers with the best intentions, sometimes it works very well and sometimes it does not. Or, our circumstances might change in terms of what we do with the whole portfolio. That is pretty much our business and we do not want to affect the manager’s business by making any public comment about what we do.

“If it were a modest fund manager and AustralianSuper withdraws a mandate it is a pretty big business for that firm. How would they like it if we then put out a press release saying we have withdrawn the mandate, because we have all these problems? That would just be terrible. It is not fair to the manager to do it. It will just kill their business. The trustees of other funds will say ‘AustralianSuper have done it’ why haven’t you?”

The success of managing money internally rests on hiring the right people. Delaney estimates that around three-quarters of its 115 strong investment team come from funds managers, and recruiting them is not a problem.

“People are attracted to the sense of mission we have at AustralianSuper to grow people’s retirement savings,” he says. “You do not have to focus on returns and the profitability of your funds management business and sales, or returns to unit holders and shareholders. For those that really love investing, this is a nice niche for them – because all we do is investing.”

The remuneration offered for such staff is “competitive”, but for those that have come into funds management driven to make enormous amounts of personal wealth, this is clearly not the place to come to, admits Delaney.

If the moves to co-own property and infrastructure are unexceptional, the moves to run large and small-cap Australian equities in-house and to seek an opportunistic role in bank loans  are logical, the area that most looks like new territory is running a global equities team in-house.

Delaney admits to being nervous. “There is an anxiety as everyone is watching us and we cannot fail, but that is no different to investing anyway,” he reasons. “If you fail you should not be in the business.”

“We are not proposing to have a large style bias,” says Delaney. “It will not be a value, growth or quant approach. It will be a core style, based upon fundamentals with a medium-term perspective. The exact working out of how that gets manifested will depend on the team coming together.”

Ginty is building some of the team from his contacts in London, some from around the world and some from Australia.

“The Australian market for international analysts for equities is improving, but it is still relatively small, relative to the global market,” says Delaney. “Richard’s natural starting point was talking to people in the UK.”

Some of the anxiety about taking on such a venture has been tempered by the success of the Australian equities team.

“You learn by doing,” says Delaney. ‘We hired the people, Shaun Manuell (the portfolio manager for Australian equities) is experienced, the performance is solid. We realised we could hire people, they would fit in, it is not too different from what we currently do and they will integrate with the total investment approach.”

Many would say the extra responsibility of these in-house teams poses an extra governance burden onto the AustralianSuper board and that they should have greater resources, such as independent investment specialists to join an oversight committee.

Delaney does not think that is necessary. Firstly, he says, the oversight of the investment team by the board has changed.

“You focus more responsibility on oversight and where it should take place,” he says. “So rather than every investment decision going to the investment committee which is what used to be the case, that is no longer the case.”

As such there has been a drive to maintain the same quality on the investment committee and to internally delegate more of Delaney’s decision making to the investment team.

“I used to make all the investment recommendations when the fund was $3 billion in size, but that is not sustainable or a sensible approach at $90 billion, because all the other talented people we have got working in the team can do as good a job.”

“Part of this process involves expanding the platform and processes to enable the fund to invest in around 50 international markets.”

AustralianSuper is exploring the possibility of following in the footsteps of large Canadian pension plans such as Canadian Pension Plan Investment Board by opening up overseas investment offices. This is not so much about acquiring new assets overseas, but managing them.

“As the asset base overseas increases then so will the case to have an overseas base,” says Delaney. “Once we have these co-investments we will have to manage them  as a co-owner, not as an investor.”

Additionally, sending team members over for months at a time is not ideal.

“If you are looking at a UK property asset and someone has got to go for three months and they have a young family and they have to go back again for another two months,  that is not really a sustainable outcome.  You have to live there for two years and  do the job and then come back.”

The large property assets would be best managed from offices in Europe and the US, but these offices might also be used for implementing currency trades. Delaney says such hedges and trades are probably best done in the time zone of the relevant currency.

Back in Melbourne, AustralianSuper has now expanded over the three floors of its 50 Lonsdale Street location; of these, Investments takes up one floor. Delaney says the team structure is pretty much the same as it was in 2009, just with more people. The only change to the structure since that time has been the appointment of Carl Astorri who has joined in the role of head of macro and portfolio construction in the last year.  He works alongside Alistair Barker, who shares a similar role.

This story first appeared in Investment Magazine, the sister publication of conexust1f.flywheelstaging.com