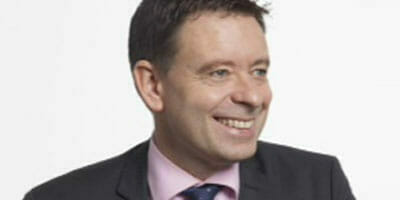 How to implement long-term ideology is one of the enduring questions for investors. Unilever UK Pension Fund, The Pensions Trust and the Environment Agency Pension Fund have collectively allocated $750 million to the start-up, Ownership Capital, for its long-horizon engagement-focused strategy. For The Pensions Trust chief investment officer, the decision to allocate to a specialist engagement strategy was simply an assessment of a competitive strategy that was consistent with its investment beliefs.

Ownership Capital, which was launched in 2013 by the in-house team that founded and managed one of the world’s largest engaged ownership mandates for Dutch pension fund PFZW, aims to generate returns through active ownership of the companies it invests in.

Uniquely, for global equities, investments are made with a 10-year time horizon and the portfolio, which holds only 20-30 stocks, seeks to align the long-term success of well-managed companies with the long-term obligations of pension funds. The fund takes substantial stakes in the companies in which it invests and has a proprietary investment model that fully integrates qualitative factors, such as management, governance and sustainability within its financial analysis.

The Pensions Trust allocated £130 million to Ownership Capital, as part of its global equity portfolio that has £1.8 billion in total.

David Adkins, chief investment officer of the £6 billion multi-employer occupational pension fund in the UK, says the fund has 10 investment beliefs and Adkin says two were relevant to the allocation of this mandate. The first is that it seeks to find active managers that can outperform a benchmark but recognise it is difficult.

Within the equity portfolio, approximately two thirds of the assets are passively managed, and one third is active split between four managers. Two of those are global equities mandates, of which Ownership Capital is one, and the other two are regional specific mandates, one in the Asia Pacific and one in emerging markets. Ownership Capital is the first concentrated portfolio.

The second investment belief which aligns the fund with the decision is that it believes that responsible investing can add value over the long term.

“Above everything we spent a fair bit of time with Ownership Capital looking at their investment process,” Adkins says. “We thought they had a competitive process that gave them an advantage over their peers, and the appointment stood on its own two feet for that alone. The sustainability and the long-term aspects were supporting factors in our decision.”

Adkins says the mandate, which has a performance horizon over 10 years when most global equity managers look over two or three years, is being viewed as a long-term partnership. However the mandate will be monitored like any other equity mandate.

“We are looking at them using normal manager assessment criteria. For me they’re a global equities manager with the philosophy of sustainable investment, which fits with our beliefs,” he says.

“We look at the extent to which ESG is integrated into the investment process and we give them a stronger rating if it is,” he says.

The Pensions Trusts is a UK occupational pension scheme with one trust deed and multiple underlying defined benefit funds.

It is an umbrella for employers in the not for profit sector and there are 36 underlying defined benefit arrangements, with single employers such as Oxfam, and multiple-employers such as the Social Housing Pension Scheme with 500 employers.

Each one has its own actuarial valuation and set of accounts, while there is different asset allocation there is a common pool of assets.

In total the assets are broadly split 70 per cent growth of which half is in global equities and half is in alternatives.

Alternatives is split into two buckets – liquid and illiquid – with the dividing line a consideration of whether the investments can be turned into cash within six months. Investments include property, infrastructure and distressed debt. There is no private equity as Adkins says there is plenty of exposure to equity beta.

The other 30 per cent is liability focused in liability-driven investments, gilts, and sterling corporate bonds. These investments make up the foundation of the 36 scheme investments.

The Pensions Trust is advised by Mercer but now has a team of eight so the reliance on external advisers has reduced in the past two or three years.

PRI focused on commitment to task