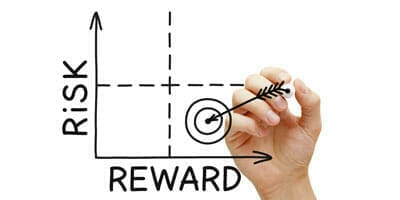 2013 was a great year to add value by using risk to assign asset allocation, according to chief investment officer of Windham Capital, Lucas Turton, whose fund added 300 basis points above benchmark last year by dynamically allocating according to risk.

Windham Capital Management’s style is to focus on measuring and understanding risk to then make dynamic top down asset allocation decisions.

“We use risk in assigning asset allocation, 2013 was a good year to do that, it worked for us, we generated alpha,” says chief investment officer Lucas Turton.

Depending on risk, and the health of markets, rather than economic or bottom up analysis means the allocation of assets is often contrarian.

The fund began last year aggressively allocated despite the fiscal cliff and government shut down in the US.

“This is because markets weren’t responding to this situation, but the news had investors cautious. It was contrarian to be aggressive,” he says.

In March and April interest rates were beginning to behave and real estate was converging on bonds, which was identified as more of a regime shift, so a reduction in risk ensued.

“We are not basing our investment decisions on the Fed or geopolitical activity but when markets are susceptible,” Turton says.

About half the time last year, the Windham portfolio was contrarian, and the other half it was in line with markets.

However what remained contrarian was the degree to which the portfolio reduced risk, with a 30 per cent decrease in growth assets.

“The magnitude was contrarian,” Turton says.

The fund has constraints of about 30 per cent either side of a benchmark allocation, allowing significant shifts and value to be added through better asset allocation.

Windham, which was founded by MIT professor Mark Kritzman, uses proprietary measures to look at the global market risk environment, recognise when it changes and position portfolios to take advantage of the conditions.

“What we’ve been trying to determine is where any view matters too much to investors. We don’t think valuations such as P:E ratios impact returns, something that looks inexpensive can become cheaper. We want to look at risk.”

So far this year Turton believes there has been a modest uptick in measures of risk, but that generally markets are calm.

“It has risen this year and is approaching the level of April last year but it’s nowhere near 2011. We have seen a sell-off in an orderly fashion where correlations were low, it’s a traditional pull back after very strong market,” he says.

The outlook in the near term is that risk is low, so Windham is allocating to a diverse set of risky assets, with commodities and US REITs both big diversifiers in the portfolio, and allocations to foreign assets increasing.

“Clients are concerned with alpha and downside protection. We believe short term returns are difficult to predict but risk is somewhat predicable and can add value,” Turton says. “We are correctly anticipating the direction of risk.”