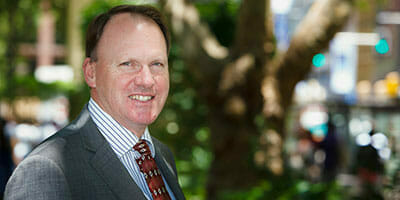 It is a measure of the experience of the Australian fund, Local Government Super, on ESG that it will instruct its managers on which companies to omit from portfolios. The New South Wales fund started its policy of applying environmental, social and governance filters to its investments by omitting tobacco companies in 2000.

Today, it has progressed to omitting any company involved in armaments, nuclear power, old growth logging or those that derive their income from gambling outlets. Companies in other non-specific areas of unethical, unsustainable behaviours or poor senior management practices will also be omitted or shorted out of portfolios.

Some of this activity is based on its own research, some is from ESG specialists in the area and it means it can tell a firm such as State Street, which runs a passive equity mandate with an ESG filter for the fund, to tailor its mandate to exclude further companies.

The fund’s chief investment officer, Craig Turnbull, says: “[Our researchers] might say ‘we really think a company is a high risk because of poor governance or board composition’; and if it rates very poorly under our policy, we take that stock out as well. In State Street’s research, they might think the company was fine”.

Currently more than half of the AS$7.5 billion fund is invested in responsible strategies, across the asset classes of Australian and international shares, property, absolute return, private equity and fixed interest and the experience and confidence it has gained in this activity is applied to how it hires fund managers.

“We will only use those that think about ESG factors when making their investment decisions, so that it is making a difference to their portfolio,” says Turnbull. “We like them to report those issues to us too.”

In a virtuous circle, the research findings of the managers it hires feeds into the research it uses to omit companies or to short them out of portfolios.

Since 2004 it has shorted out Australian companies with poor ESG practices from any pooled fund it invests in. This is done through a prime brokerage account which allows the fund to track the profit and loss of the activity.

This practice has gained it an average return of 10 basis points over the last 10 years, which has been enough proof of success to extend the practice to international shares, where it has also seen a positive return after two-and-a-half years.

The process of deciding which company to short follows a decision tree.

“We have set it up so there is no one person making these moral and ethical judgments,” he says. “It is either based on the activities the firms are in or in the case of the ESG research, it has to rank to a certain level; then it is just taken out.”

Public displays of moral judgment are also taken where necessary. It became the first Australian super fund to sign the ‘Investor Statement on Bangladesh’, joining over 190 global shareholders and investors, representing more than $US1.5 trillion, in calling on brands and retailers to implement an internationally recognised core labour standard.

The fund also entered into dialogue with Wesfarmers (an Australian conglomerate with ownership of several leading cut price clothing retailers) over the issue.

While LGS can see an investment return from its activities, one of its returns is just a feelgood factor in terms of the support it receives from individual members and councils that represent its employer base, who like the activism their retirement fund is involved with. There is also professional kudos too.

The fund was recently ranked second globally for its sustainable investment practices by the Climate Institute’s Asset Owners Disclosure Project, an award which assesses how 458 of the world’s largest investors are managing the risks and opportunities associated with climate change.