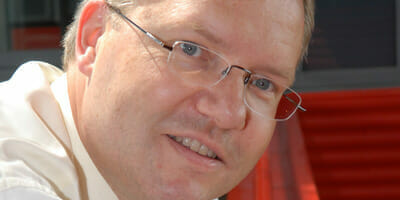 Patrick Groenendijk, chief investment officer of €14-billion ($18-billion) Dutch fund Pensioenfonds Vervoer, seems to be well aware of the value of stability to investors, having striven to find the fund’s ideal fiduciary manager, keep faith in a defensive investment strategy and stay at an arm’s length from government investment initiatives.

The Vervoer fund has been known across much of the institutional investing world for the split with its former fiduciary manager, Goldman Sachs Asset Management, in 2010. These days Groenendijk confesses to be “really very happy” with the successor, Robeco, almost two years into its new fiduciary relationship. One advantage is that the new managers are situated close to the pension fund’s Groningen base – as a fund for transport workers, any one of Pensioenfonds Vervoer’s taxi-driving members can take Groenendijk there in 20 minutes.

More fundamental to the geographic proximity is the closeness of the new manager to the fund’s ideals on fiduciary management. “We have elaborate agreements on the divisions of responsibility with our new fiduciary managers, which are very important,” he says.

A flat-fee structure with Robeco is another source of pleasure in the current arrangement. “The advantage of a fixed-fee is there is no discussion about it, whereas if you have a large performance fee component, there is always a debate about the exact calculation,” Groenendijk says.

The consequences of breaking the first tie-up led to the fund last year filing a legal claim against Goldman Sachs Asset Management over disputed investments. Groenendijk insists that despite the travails, the fund’s adventures in fiduciary management have made for a “very worthwhile experience”. When Pensioenfonds Vervoer began the arrangement in 2006, “We were one of the first funds to adopt fiduciary management, so it’s only natural that not everything goes well at the first attempt,” he says.

What advice does Groenendijk’s varied, yet detailed experience offer for other investors willing to hire a fiduciary manager?

“For a start, it’s very important to write down with a fiduciary manager exactly who is responsible for what,” says Groenendijk. He concedes that sounds quite obvious, but argues that implicitness can cloud boundaries. “When things go wrong, it’s likely not on the alpha side with manager selection, but a matter of getting the beta right,” he says as a second main pointer. He also urges investors to consider their desired dependency on a fiduciary manager before entering an arrangement, as “dependency introduces new risks and you want to have other sources of input”. Pensioenfonds Vervoer uses independent risk-management analysts, for instance.

“I would definitely not advise other investors to shy away from hiring a fiduciary manager as we think they can add a lot of value,” Groenendijk says.

One of the main advantages of a fiduciary model, for Groenendijk, is that it enables investors to focus on the fundamentals of setting investment strategy.

On that topic, Groenendijk reveals that the fund’s strategy is still taking a defensive stance, as “basically we’re not yet convinced that interest rates are going to rise”. It has increased its equity holdings, but “switched less aggressively from fixed income to equities than other funds”. Equities were a modest 26.2 per cent of the total fund at the end of 2012, while some 69.5 per cent was invested in fixed income.

The fund is also keeping a conservative 70 per cent of its interest rate liabilities hedged for the foreseeable future. “We simply don’t see sufficient economic growth in Europe to justify a considerable rise in interest rates,” Groenendijk argues.

His outlook on the continent is clouded by skepticism. “The euro crisis is far from over. Spain is still in a case of bluff and denial, and other southern European countries have not actually solved their problems.” On the other hand, Groenendijk states that “we think some regions are interesting in equity markets, particularly the US, maybe Japan and, strange as it may sound, Germany”.

A hunt for yield has been the most important motivation for recent investment strategy calls, says Groenendijk. The fund has added to its high yield, emerging market debt and mortgages allocations. High yield and mortgages made up 28.7 per cent of the fixed income portfolio at the end of 2012, and emerging market debt 26.4 per cent. Groenendijk describes high yield as a “bit of a mixed bag”, with good opportunities remaining, but a definite sense that the boom might be coming to an end at this reach of the credit spectrum.

Pensioenfonds Vervoer is also considering moves into illiquid spaces such as bank loans. Groenendijk emphasises this possibility is “still at the discussion stage”, with plenty of analysis remaining to be done on vital aspects such as liquidity and the rights of banks to recall loans, which could possibly limit the upside.

The 11 per cent of the fund allocated to mortgages gives Groenendijk a unique standpoint on an asset class that remains exotic on an international scale. Mortgages are becoming an increasingly common investment option in the Netherlands though. Efforts made to get pension capital into the domestic mortgage market look set to result in the creation of a bond-issuing national mortgage bank.

Groenendijk is cool on the idea, reckoning that “the returns that we currently get from our mortgage portfolio far exceed the returns we would get from this new structure as is currently discussed”. A state guarantee behind the mortgage bonds would restrict spread and therefore returns on the bonds, he reasons.

Groenendijk confesses to be cynical about the Dutch government’s drive to get pension funds to invest more in key domestic assets, in a so-called orange investing agenda. “If a government has a good idea, I’m always very suspicious,” he says. “We like to have our investment freedom and make our own judgments on where to invest.” He counts 14 per cent of the portfolio as being invested in Dutch financial assets, but stresses this is part of an independent global strategy choice.

A small alternatives allocation of 3.7 per cent in real estate and 1.3 per cent in infrastructure is another notable feature of Pensioenfonds Vervoer’s strategy. Groenendijk explains that there have been no big changes to this alternatives slice in the recent past as “the whole risk monitoring framework is totally different for alternative investments” – due primarily to illiquidity, complexity and opaqueness. As work on an internal risk control framework for the asset class is almost complete, Groenendijk reveals the alternatives allocation may well increase in the next few years – should the fund become more comfortable in the area as is planned. Gradual evolution rather than wholesale change therefore looks to mark the way ahead.