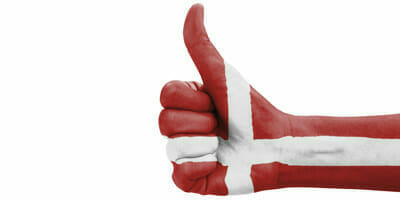 The herd mentality of investors has been agonised over for as long as markets have been around. The dilemma is often raised of whether to participate in or shun market trends, but the DKK150-billion ($27-billion) Sampension has succeeded recently with a selective approach. It has fully embraced the institutional diversification movement by building a significant alternatives portfolio, but has been content to move in for some rich pickings as other investors fled the bonds of outcast European sovereigns.

The fund estimates it made over $180 million in 2012 by buying Italian sovereign debt instead of Danish – at a time when investors were treating government paper from Rome with disdain. Sampension calculated calmly that the market reaction was excessive, given that the country was introducing reforms it felt were genuinely beneficial in an effort to keep yields down – and the bonus returns seemed to prove the Danish fund right.

Chief investment officer Henrik Olejasz Larsen reveals that much of Sampension’s Italian debt exposure has this year been switched to another unfavoured European destination, Spain. “We have seen a rapid improvement in the economic conditions in Spain,” Larsen says.

Beyond getting extra returns or proving to be in a wise minority, Larsen explains that Sampension’s faith in the European periphery is also motivated by a desire to hedge against future interest rate rises. “Peripheral debt will hedge rising interest rates in Denmark and Germany if the situation in Europe stabilises,” Larsen argues.

A European stabilisation is indeed what Sampension expects, as was reflected in a recent decision by the fund to slightly upweight its European equity exposure. “We think there will be improvement beyond what is priced into the markets,” says Larsen. That indicates the foundations of the fund’s European enthusiasm – not a denial of the problems the continent faces, but a feeling that investors have over-reacted. “We don’t think the euro crisis is over, but there is political will to kick the can down the road and do whatever it takes to keep the currency together. There may be small surprises ahead, but we don’t see any great catastrophes,” he states.

Sampension has also notably developed a 13 per cent alternatives allocation. Larsen says that its above-average stake in the asset class has been made possible by its large size bringing added capacity and also an unusually stable membership reducing liquidity needs. Half of the alternatives bucket is invested in real estate, with the remainder taken up by private equity, infrastructure, forestry and global macro hedge funds.

Larsen has found that Sampension’s alternatives portfolio has risk/return qualities common to more liquid assets, with the exception of private equity, which has been offering superior returns. He is confident that the broad scope of assets invested by Sampension’s alternative team gives it potential to quickly adopt promising new assets. That is something the fund will likely need to do too as it eyes a 20 per cent alternatives allocation to reflect an increased risk budget, resulting from the continued development of its new unguaranteed pension offering.

Like most Danish pension investors, Sampension is aiming to extend its infrastructure allocation, which currently amounts to a small exposure to listed infrastructure funds. It has been actively seeking unlisted funds and projects for direct investing without any success so far, as risk/return qualities have yet to appeal, says Larsen. He has pledged to intensify this effort, reflecting that “we were spoilt for choice for a long time with real estate and credit opportunities, but these are drying up now”.

Sampension has joined its fellow Danish funds in lobbying the government for greater public-private partnership opportunities. The supply of projects so far has been “disappointing” though, Larsen says. Another setback came as Sampension was part of a consortium offering to fund a real estate project on Copenhagen’s harbor front, only for the government agency in charge of the process to pull the plug due to a lack of other bids. Discussions about getting Danish institutional funds into infrastructure projects are ongoing though, and Larsen floats the possibility of national projects in the construction and maintenance of public buildings as a potential breakthrough.

Beyond infrastructure, Larsen reveals that Sampension is also looking into offering direct lending in lieu of banks. “We have been trying to find exposure by negotiating with banks, but nothing has come of this so far,” he says, although Sampension is now finalising a European senior real-estate-loan fund investment.

Sticking up for CLOs

Another way in which Sampension seemingly bucks majority thinking is in its continued enthusiasm for investing in AAA collateralised loan obligations (CLOs). Larsen thinks they offer a decent hedge against a rise in government bond yields. “CLOs’ bad reputation during the financial crisis is not reflected in our good experience of them,” he argues. In his view, solid internal processes helped Sampension avoid losses on these assets, but Larsen reckons the poor sentiment towards CLOs is fundamentally undeserved.

On the whole, Sampension has some 69 per cent invested in bonds – although Larsen explains other asset classes are becoming more significant as guaranteed-liability products become less prominent in Sampension’s offering. While the equity allocation is low across the board, a substantial recent 10 percentage point increase in equities for young unguaranteed pension savers reflects Larsen’s future market outlook. “We will see a prolonged underperformance in low-risk bonds and a lower risk for a setback in equities,” he predicts.

Another key part of Sampension’s investment strategy has been interest rate hedging. While this helped the fund to huge returns of over 20 per cent for its traditional guaranteed offering in 2011, Larsen says this position has resulted in substantial investment losses in 2013. These investment disappointments have been fully compensated for by reduced liabilities, however.

A negative result for the guaranteed product can be expected at the year-end, Larsen reckons, with a healthier 3.8 per cent result coming for the first half of the year across the unguaranteed product. He remains optimistic that as Sampension’s unguaranteed offering becomes more important, there will be plenty of chances to explore new alternatives and make more shrewd investment calls within an increased risk budget. Given the fund’s recent success in judging market overreactions, there may well be other investors casting an interested eye on its future calls.