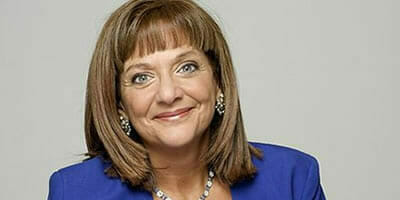 In his first major announcement as governor of the Bank of England, Canadian-born Mark Carney says ultra-low interest rates are here to stay. This couldn’t be worse news for pension funds, according to pension’s expert, Ros Altmann, but private-public collaboration on infrastructure could help ease the pain.

The prospect of another three years of ultra-low interest rates in the United Kingdom couldn’t be worse for pension schemes, argues Dr Ros Altmann, a pensions and economics policy expert and former investment banker who has advised governments, corporations, trustees and the pension industry.

Renowned particularly for her championing of savers short-changed by government policy, it’s no surprise she describes the first major announcement from Canadian Mark Carney, the new governor of the Bank of England, as promising three more years of misery.

Central to her argument against low interest rates is the “profound damage” pension funds are suffering from quantitative easing, QE, the government policy begun in 2009 designed to stimulate the economy by creating new money to buy government bonds.

“By buying so many gilts the government has forced long-term interest rates down and this is what pension funds use to value their liabilities. It is becoming more and more expensive to fund pension funds.”

Ballooning liabilities have caused many UK funds to try to adjust their investments to reduce risk by investing in bonds.

A strategy Altmann says “might prevent further sharp deteriorations but won’t overcome their deficits.” Adding: “Gilts are not a return generator” and “lock in” any deficit removing the potential of asset growth over time.

Infrastructure has the answer

One answer is for pension funds to invest more in infrastructure. The illiquidity premium will earn higher returns than gilts with the addition of a natural inflation hedge.

“It is disappointing that there has not been more urgency in putting pension fund money to new infrastructure,” she says.

One way to encourage it would be for the government to underwrite future inflation linked income streams for large scale infrastructure projects.

“This would provide pension trustees with a realistic alternative to long-term inflation linked gilts,” she suggests. “The government should say that if a project doesn’t deliver whatever the benchmark is, we will make up the difference. It would have been far better for the economy than QE.”

Although pension funds can enter into longevity swaps Altmann argues that this can be a risky transaction for many funds because of counterparty risk.

“If the government was counterparty it would be a safer and better yardstick against which pension funds could measure longevity risk,” she says.

“Longevity bonds would pay an interest rate dependent on rises in life expectancy which would allow pension schemes and annuity providers to better match their liabilities.”

She argues that too many UK funds have assumed that stock market returns will keep pace with their liabilities, calling it “an assumption” among pension funds that equity returns would keep up with longevity and inflation.

“This is now not the case,” she says, and urges funds to diversify and for trustees to look for both long-term themes and opportunities outside the UK.

Investment strategies she admires include the Pension Protection Fund, the UK’s lifeboat fund, which she says has the right balance between hedging its liabilities and diversified growth with its portfolio split between a 70 per cent allocation to bonds and cash, 10 per cent in global equity and 20 per cent to alternatives.

She is gloomy about the ability of local authority schemes to make up their growing deficits, saying “at some point” central government will have to bail out local authority pension schemes because taxpayers can’t fund all the pensioners.

“Funds need to be careful about their liabilities. Asset returns are not the only thing they should worry about.”

For more of Altmann’s views visit her blog