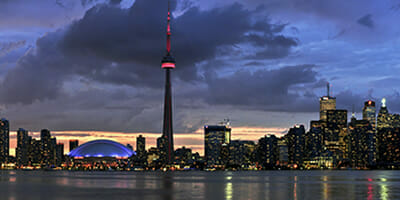 This was one of the recommendations of a two-day workshop in Toronto last month, attended by a delegation of 80 pension fund executives from around the globe.

Aimed at uncovering the meaning and application of a 2012 Generation Investment Management white paper, Sustainable Capitalism, the workshop was co-hosted by the Rotman International Centre for Pension Management and the Generation Foundation.

It specifically wanted the funds to explore the practical implementation of the white paper’s recommended action plans, which were:

The participants were broken into small groups and asked to think about what micro actions their pension organisations might take internally, and what collective macro action they would join in a larger industry, national or international collaboration.

The participants recommended that their own organisations design and implement concentrated, long horizon investment mandates, and ensure that they have the necessary resources to successfully implement them.

They also said they wanted to develop a “model investment mandate” through an organisation like ICPM that could be widely shared and reported on by investors.

The participants, that included representatives from funds such as the Washington State Investment Board, Ontario Teachers’ Pension Plan, the Canadian Pension Plan Investment Board, PGGM and APG, thought that a model mandate would force the development of new performance measures and incentive compensation schemes and challenge the dysfunctional inertia that continues to exist in many pension organisations.

The key concept, they said, was the broad adoption of “concentrated long-term investment mandates” that require investor engagement.

The funds agreed that they would commence and advocate the adoption of integrated reporting of their own organisation’s results and for assessing the long horizon prospects of investments.

They would also focus on yearly results in one-on-one meetings between investors and corporate management, in a bid to end the focus on short term earnings.

Ambachtsheer says the next step in the process, to facilitate change and to really have a profound effect in the bid to make sustainable capitalism mainstream, is collaboration.

“We need to take an activist approach to the conversations with a collaborative model. Investors as a group should make four or five choices about how to change behaviour and all get behind it,” he says.

ICPM has written papers in the past on successful models of collaboration concluding they need to have clarity, common interest, an executive function and a budget, and the ability to track success and adjust plans accordingly.

“If asset owners insisted on new structures then managers would do it because they wouldn’t have a job,” he says. “If they think in the short term they will get away with it they’ll do it, it’s easier, more exciting and they get feedback immediately. If enough of an investor base changes their expectations it will create demand.”