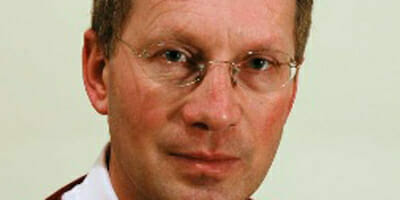 There is a David-and-Goliath feeling to the battle Michael Johnson, a research fellow at the London-based think tank the Centre for Policy Studies, is waging against the pension industry. His research, which lays out the case for radically simplifying all aspects of the United Kingdom’s pension sector, has earned him a reputation as a maverick. But it’s a label he welcomes in a sector where he says powerful lobbying from the fund management industry has drowned the interests of savers and threatens to damage the country’s savings culture. One of the central themes to Johnson’s research is that pension funds must employ different investment strategies to stop the constant erosion of their capital through costs. As pension funds increasingly strive to cut costs, it’s an argument on which Johnson, who worked for Towers Watson after two decades as an investment banker and most recently ran Prime Minister David Cameron’s Economic Competitiveness Policy Group, is taken more and more seriously.

Active management is Johnson’s particular bugbear. “I don’t believe stock picking works. I am an absolute advocate of passive funds,” he says. He says the poor returns earned between 2008 and 2010 by the 1100-odd actively managed funds in the UK equity pool prove that active management doesn’t equate to better returns. “Only 16 of the 1188 actively managed funds reached top-quartile returns on three consecutive years, which is about 1.35 per cent. This is less than what pure luck would produce at 1.5625 per cent.” He adds that only 5 per cent of all these funds outperformed their own benchmarks consistently over the same period. “What on earth are you paying for?” he asks. “The skills premium you pay for in active management is a waste of time when you look at the results.”

Johnson calculates that actively managed funds earn investors only 30 per cent of the upside with the rest lost in fees and costs. “I don’t understand it. That upside should be 65-70 per cent.” It’s a calculation he makes on the basis that investors pay significantly over and above the total expense ratio that fund managers charge because it excludes transaction costs which multiply with active management. These include costs around the bid-offer spread, fund turnover and commission which, he lists, quickly add up. “The transaction costs of actively managed UK equity funds typically come to 1 per cent per annum. This is based upon 100 per cent fund turnover if the assets are bought and sold once a year, 0.5 per cent stamp duty on transactions of over £1000, 0.1 per cent commission each on buying and selling and a bid-offer spread of 0.2 to 0.3 per cent for mid-cap shares, the typical area of fund interest.” He describes costs around fund turnover – the costs each time a portfolio is bought and sold – as a particular “tyranny” in actively managed portfolios. “The more frequently a portfolio is traded, the greater the accumulation of costs amounting to a performance drag. A high turnover dramatically increases costs and chews away at capital,” Johnson says. “Finding out what the turnover rate of these funds is before putting money in is extremely hard, but that’s what you want to know.”

His cost-saving campaign includes urging England and Wales’s 89 local authority pension schemes, where he says not one single one is in surplus, to merge into bigger funds. “If you are managing £20 to 30 billion in assets you can turn around to the industry and demand that they cut costs by a factor of four; it brings real economic clout. If you are relatively tiny you are taken to the cleaners.” In fact he argues all small schemes should merge. The UK has just under 7000 defined benefit schemes; 5600 have less than 1000 members and 2600 have less than 100. He urges them to follow the lead of countries such as The Netherlands, which used to have 3000 schemes but has now consolidated this to 450, with each having an average membership of 11,000.

Elsewhere he urges investors to avoid fund of funds, where a “long chain of agents” add to the cost of investing. “We should get rid of funds of funds,” he says, adding that he believes many trustees are unaware of the layered costs. Johnson also thinks the UK market is too complex, arguing that 6000 retail funds, 200-plus fund managers and over 300 insurance companies have created one of the most difficult investment landscapes to navigate. “It amounts to about 360 million combinations. How on earth are you supposed to make a decision?” He argues for funds to diversify their investment strategies and increase exposure away from the UK particularly. “Most people derive their earnings from the UK, they own a house in the UK, and they are enormously exposed to the UK doing badly.” He believes a UK investment-bias among many domestic pension funds and “unimaginative” strategies explain why many funds missed out on the rise in emerging markets.

Johnson challenges the orthodoxy within the fund management and investment community. But as fees collected by fund managers add up to a rising portion of the returns they generate, Johnson’s message has increasing clout. “Few people enter the financial services industry with the goal of enriching others,” he concludes.