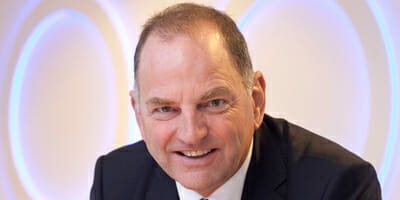 Pension funds can face a lot of turbulence in the course of their investing journey and many funds thrown into shortfalls have found the need to de-risk their portfolios.

There might be a few investment officers at those funds casting an enviable eye upwards to the pension fund of Dutch flag-carrying airline KLM. Toine van der Stee, director of the €16.5-billion ($21.2-billion) group of funds says: “We want to take more risk when we can… the way solvency has to be managed in Dutch pension funds, the poorer you are, the less risk you can take on board and the more chance you will stay poor. As the rich can afford to take risk, the rich get richer.”

It is clear which side of that divide the KLM fund finds itself on. While many pension funds around the world are still unable to match their liabilities – figures from JLT suggest there was still a $75-billion combined deficit at the end of 2012 across the pension funds of UK FTSE 100 firms – the KLM funds have healthy coverage ratios of 127 per cent for its largest fund (for cockpit staff) and 116 per cent for the other two major funds (covering ground staff and cabin crew).

Furthermore, he can trace the positive results across all the funds (14.8 per cent for the ground staff fund and 13 per cent for the pilots fund) to a decision to up their risk by underweight bonds and make the plunge into overweighting equities in 2011. Equity holdings varied between 34 and 44 per cent of the individual funds at the end of 2011 after the top up, and delivered in excess of 16 per cent last year, allowing KLM to keep its risk-seeking portfolio intact.

Knowing where the break is

Despite their appetite for risk, the KLM funds remain checked by the kind of hedging instruments typical for Dutch funds. Some 75 per cent of the equity risk is covered by equity put options for instance. These dragged results down with a minus 1.2 per cent performance in 2012, but naturally also offer breaks when markets go sour.

Currency hedges also lost the funds a little in 2012 but these reverses were compensated for by a 1.7-per-cent yield from interest rate hedges, covering between 45 and 55 per cent of risk in two of the three main funds.

The absence of interest rate hedges in the $9-billion cockpit fund shows that unlike some multi-fund investors, which replicate a single investment strategy, KLM is happy to tinker slightly different approaches to each fund.

Van der Stee explains that the less risk-seeking stance of the cockpit fund, with the lowest equity share and highest real estate holdings (13 per cent at the end of 2011), means there is no need to shackle it with the same level of hedging. “Also, we can afford to take the risk as it has a substantially higher solvency ratio than the other two.”

He also argues that a rise in interest rates “that we don’t want to get hit by”, together with future inflation, are greater risks to the KLM portfolios than even lower interest rates. He is confident that a reduction in government bond holdings as part of the switch to equities in 2011 will help to mitigate that.

Some 20 per cent of the fund assets, around $4 billion, are also held in global inflation-linked bonds.

Should KLM’s real estate holdings continue the 15-per-cent returns they achieved in 2012, they will surely more than cover any remaining inflation risk. The 25-per-cent returns on public real estate (about half KLM’s total in the asset class) were “very nice” says Van der Stee, congratulating his external managers for delivering them. His assessment is that the real estate managers “seem to have picked the right funds – meaning mostly international ones”.

Just a fraction over half the KLM fund’s real estate exposure is European, so there is little exposure to the struggling Dutch real estate sector. The sight of empty buildings from his office in Amstelveen, a usually thriving town just to the south of Amsterdam, suggests Van der Stee does not have to look too far for evidence of its woes.

Beyond hedging and real estate, the KLM funds have resisted the allures of other alternative assets up to now, but Van der Stee says they are “looking into infrastructure, which seems very attractive as a hedge.”

The KLM funds will keep their asset strategy “more or less the same” for the foreseeable future, according to Van der Stee. “We don’t expect a rise in inflation or interest rates in the short term, but it may happen in the medium term, which threatens returns on government bonds,” he says.

Otherwise, Van der Stee confesses to being “moderately optimistic. Of course there are some risks in the European financial markets, but these can be contained to quite some extent.”

The KLM funds’ fixed income strategy appears to have paid off handsomely in 2012, with 14-per-cent returns. Allocating some 20 per cent of the fixed income assets to emerging market and US high-yield debt has worked well, but Van der Stee cautions that there are “two faces” to the good return figures, with liabilities rising last year as interest rates and government bond yields declined further.

Van der Stee oozes contentment when he talks about the funds’ external management. “We have active management in emerging market, small-cap and mid-cap equities as well as emerging market debt, as you need it there, but the rest is passive” he says.

On being asked about his relation to the member base, Van der Stee says “managing a pension fund is very different to flying planes”. The KLM funds anyhow seem fully under control for now with their tried and tested asset mix guiding them.