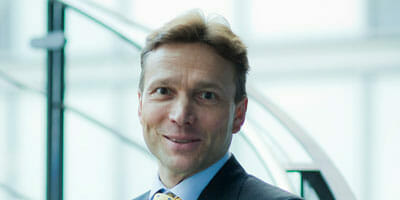 Finnish pension investor Ilmarinen is exploring whether to send a representative to South America as it intensifies its emerging market operations. Timo Ritakallio, who heads investment at the €29-billion ($39-billion) fund, says it is looking to access “more and more emerging market opportunities”.

In January Ilmarinen sent a senior portfolio manager to run a “one-man office” in Shanghai for a year, with a view to maintaining a permanent presence and potentially investing directly in China. “It is working well and we are already looking at the South American market to see if it would be possible to set up a similar system there,” Ritakallio says. “Our first reflections on the Chinese project are that it is extremely useful to have our own person there to procure information for us.”

Given Finland’s strong economic links to Russia, Ritakallio explained that a knowledge advantage in China and South America would bolster Ilmarinen’s position as a leading emerging markets investor.

Some 18 per cent of Ilmarinen’s equities were invested in emerging markets at the end of September 2012, an increase from 16 per cent at the end of 2010.

That represents a holding for Ilmarinen of over $2.6 billion in emerging market equities.

Equities are the fund’s largest asset class at 41.2 per cent of the overall portfolio, a fraction larger than Ilmarinen’s bond holdings as of September 2012. While the performance of equity markets has been spectacular of late, Ritakallio says Ilmarinen has missed out on the full benefits of the recent upturn in sentiment on global markets.

Ilmarinen’s 2012 investment return was 7.5 per cent, he reveals. While that is good news for the already healthy funding position of Ilmarinen, it did not allow it to make any substantial progress towards its target of being Finland’s top-returning pension investor – in 2011 it had the fifth-best return figures.

The pension fund’s investment choices were possibly a tad more cautious and patriotic than they needed to be, reflects Ritakallio.

For one thing, Ilmarinen started 2012 underweight on equities, a position it has since changed to neutral. It also made a serious effort to concentrate its bond portfolio on “risk-free” holdings to avoid the fallout from the euro crisis, debt that has delivered slim yields. “Maybe we were a bit too worried about the situation in the eurozone,” Ritakallio admits.

Some 37 per cent of Ilmarinen’s equities are held in Finland, a position Ritakallio describes as “a challenge” as Finnish share indexes have underperformed European ones by around 20 per cent over the past two years.

Domestic equity exposure has been steadily declining since 2010 to make way for an increased appetite for US and Japanese shares, along with emerging market equities.

Ilmarinen wants to combine its tradition as a strong supporter of Finnish companies with its enthusiasm for emerging markets by focusing its domestic equity picks on corporates trading with that part of the world, Ritakallio explains. A strong emerging markets profile will also help US and European companies’ chances of being picked by Ilmarinen.

Ritakallio expresses confidence in Ilmarinen’s broad asset strategy to perform in the future, especially with the improved worldwide investor outlook.

“We expect the equity market to be volatile in the coming years but we have quite a positive view”, Ritakallio adds.

The fund’s diversification activities have seen it take strong positions on real estate (11.7 per cent of the portfolio) and alternatives (6.5 per cent). Both offered steady returns of 3.8 per cent and 5.8 per cent, respectively, in the first nine months of 2012.

Infrastructure is currently an investment focus at Ilmarinen but the fund is keen to route these stakes through the existing asset structure. For instance, Ilmarinen backed a new infrastructure fund from Swedish private equity managers, EQT. That kind of vehicle offers an “optimal solution” for Ilmarinen, which has 4.5 per cent of its assets in private equity, Ritakallio says, a position it aims to boost to 6 per cent in 2015. Some $650 million per year will need to go into private equity to meet that goal – a prospect that might just have managers lining the streets of Helsinki.

Ilmarinen has also experimented with direct investment in infrastructure projects, taking a stake in the E18 highway, a road and ferry route connecting Craigavon in Northern Ireland to St Petersburg in Russia through Scotland, Norway, Sweden and Finland.

Making major equity investments in infrastructure companies is another channel that Ilmarinen has taken to gain exposure in the asset class.

As a large investor in a relatively small market, Ilmarinen’s engagement activities carry a lot of clout in Finland. As a top-three share holder in a number of Finnish companies, Ritakallio says he is satisfied the fund gets a good say in remuneration and board appointment decisions.