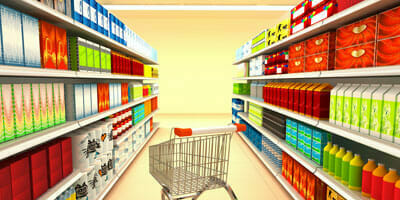 According to the latest figures, an ambitious turnaround plan at the United Kingdom’s biggest supermarket chain, Tesco, has helped reverse falling profits. Last year the retailer, one of Britain’s largest private sector employers and a landmark in every town since founder Jack Cohen opened his first store in North London in 1929, also changed strategy at its £6.5-billion ($10.2-billion) pension fund to improve performance. In a bid to boost returns and reduce costs in the defined benefit scheme set up in 1973, the retailer brought management in house, setting up City-based Tesco Pension Investments (TPI). Almost a year on, a 35-strong team is now honing strategy and poised to run two-thirds of the portfolio internally. “It’s still very early days. So far the emphasis has been about building our infrastructure and recruiting the team,” says chief investment officer, Steven Daniels, who joined TPI in 2011 and was previously at Liverpool Victoria, the UK’s largest friendly society. “Coming in house was an opportunity to improve the performance and governance with a holistic approach, as well as reduce fees.” The fund now targets annual returns of between 6 and 7 per cent, and wants to get within sight of doubling the portfolio within the next five years.

How the shelves are stacked at TPI

In the last year TPI’s global bond and equity allocations, which account for 20 per cent and 55 per cent of the fund’s asset allocation respectively, have fared best out of the whole portfolio, with average annualised equity returns achieving 8 per cent and bond returns 5 per cent. Despite the new regime, the asset allocation follows a strategic benchmark set by the trustees and won’t change for now. Nor are there any obvious investment themes to follow that have helped signpost returns in previous years, like the plunge into technology stocks in the 1990s or more recently emerging markets, says Daniels. Instead, to hold course in today’s choppy market, which Daniels predicts “still has a long way to go before normal economic conditions return”, TPI will apply a seemingly simplistic approach. “We’ll focus on the right investments over the long-term,” he says. The fund has dropped strategies targeting quick returns and now expects to invest for a minimum of five to six years. “Take equities,” he explains. “You need to hold equities for three to five years to reap the benefit of companies’ undervaluations coming through.”

Dealing with the ticking bond conundrum will require a more nimble strategy, however. The TPI team is poised to react to ensure the value of its bond portfolio isn’t hit when global interest rates, pushed down by governments trying to kick-start moribund economies, start to rise again. “Timing the move out of bonds is a critical decision for fund managers – a question we are constantly asking ourselves,” he says. “The worry is uncertainty. There are such low interest rates around and, although we don’t expect them to go up, markets will start to build in expectations of inflation.” He is positive on the US and says he “can see recovery” in Europe and Asia, but believes the UK could be one of the most vulnerable markets although TPI doesn’t have a big gilt allocation. “Europe, America and Japan are likely to keep interest rates low for a while. The UK is not part of the dollar block or the euro block – bond markets may react to any possible rise earlier on here.”

Tail risk is another worry. To shield against an external shock triggering a sell-off coming in the guise of further recession, the break-up of the euro or more bank insolvency, the scheme uses caps and collars to make sure downside protection is in place. “We may take out the worst possible scenario,” says Daniels.

TPIs allocation to real-estate and alternatives is 10 per cent and 15 per cent respectively. The real-estate portfolio is invested both internationally and in the UK, although not London, since here the size of investment would be too big for the fund. One focus is seeking out distressed property assets from banks and insurance groups. “We are seeing these groups prepared to sell assets at discounted values to release capital.” Other strategies include hotel funds and investing in retail and warehouse space in regional cities. The alternative bucket is divided between a 9-per-cent allocation to hedge funds and a 6 per cent allocation to venture capital comprising infrastructure investment, private equity and buyouts.

In house vs external and the defined benefit scheme

Although the majority of the fund will be managed in house, TPI still plans to place a third of the portfolio with external mandates. Managers haven’t been selected yet but Daniels says external expertise will be used where it adds value and achieves the diversification within an asset class that it can’t achieve in house. Distressed debt and high-yield bonds are both areas where it “wouldn’t be worth building an internal team,” he says. Hedge fund allocations and venture capital, as well as other niche bond, real estate and equity market investment will also be placed externally. “We will be looking to use fewer external managers, but make bigger commitments to the ones that we currently work with.”

The fund will focus on active management since “it’s the job he’s been asked to do”, however passive allocations will also play a role in markets where adding value is tough. “Outperforming the S&P might be difficult,” he says. Passive allocations will also be applied where the fund goes into a market on a trial basis with no initial long-term strategy. “Markets you’re not going to be in forever and just want beta exposure.” Daniels says Japan Index Investment could be an example here.

The creation of TPI is part and parcel of a wider revamp by Tesco to get its pension scheme in order. The retailer is just one of three FTSE 100 companies still offering new employees the more favourable defined benefit scheme, but it’s a promise that has forced reform at the scheme, which is only around 85 per cent funded. Most companies have sought to limit the growth of their pension liabilities by ditching defined benefit for defined contribution, taking pension risk off their own balance sheet. Last year Tesco, which has 293,000 members of its scheme including 172,000 active workers, asked its employees to work until 67 rather than 65 and aligned the scheme with the Consumer Price Index (CPI), which excludes inflation measures such as house prices, rather than the Retail Price Index (RPI), cutting pension payouts. The hope is savings here will now be stoked by boosted returns too. “The scheme is growing rapidly – we’re looking at $16 billion in the next five years,” says Daniels.