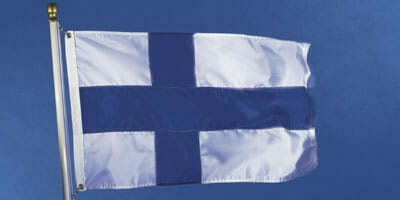 Over the past five years, Finland’s 5.4 million people have watched with alarm as the eurozone they joined as founder members has descended into financial turmoil. So it is no surprise that Keva, which manages €34.4 billion ($47.1 billion) on behalf of Finland’s municipalities, as well as administering state and Evangelical Lutheran Church of Finland retirement systems, is also trying to reduce the risk of overexposure to the currency region.

In 2011, as Europe’s sovereign debt crisis worsened, Keva reported a negative return of 1.7 per cent, with eurozone assets helping to drag down performance. Yet at Keva’s headquarters in Helsinki, senior executives say the fund’s recovery in 2012, when it posted a return of 12.9 per cent, is due in large part to a long-held policy to reduce the portfolio’s exposure to Europe. “We are well diversified both in markets and asset classes,” says director Fredrik Forssell, chief investment officer for internal equity and fixed income management. “We are not particularly exposed to the eurozone compared with many of our peers.”

As Forssell acknowledges, Europe still looms large on Keva’s trading screens; the region accounts for 53 per cent of all assets under management, with a substantial amount invested in the eurozone. Yet at the end of 2007, 71 per cent of Keva’s investments were in Europe, with 20 per cent of the total portfolio in Finland. In the intervening period, Keva has almost tripled its emerging market exposure from 5 per cent to 14 per cent, while raising its investments in North America from 14 per cent to 22 per cent. From a low base, Keva has also more than doubled its hedge fund investments to 2.3 per cent of assets under management and increased private equity holdings to 5 per cent of the portfolio.

In addition the manager has made substantial changes within its two main asset allocations: fixed income has been increased from 39 per cent to 48 per cent of the portfolio since 2007, and equities has been reduced over the same period from 49 per cent to 36 per cent. In fixed income, “Keva has diversified away from a central focus on just government bonds and moved into assets such as high-yield emerging market bonds,” says Forssell. In 2012 this shift paid off handsomely, with fixed income returning 11.5 per cent for the year. It is a similar story in equities, where during the global downturn Keva has lessened its exposure to US and European stocks, and moved more of its allocation into emerging markets. Last year, Keva’s listed equities returned 17.2 per cent.

Despite this strategic reallocation, manager’s 1.3 million Finnish beneficiaries still owe much to Mario Draghi, the president of the European Central Bank. Since last July, when Draghi pledged to do “whatever it takes” to save the euro, the region’s stock markets have staged a still-fragile recovery, while yields on the sovereign debt of Spain and Italy have narrowed, reducing fears that these countries will need a bailout. “Mr Draghi’s speech has obviously played a major role in helping returns across all of Keva’s asset classes,” says Forssell.

Too many assets too close to home

Yet no one at Keva is complacent about the fund’s prospects, for both international and domestic reasons. In fixed income, Forssell notes, “it will be very challenging to achieve anything like last year’s returns in 2013”. Like other institutional investors, Keva is also not assuming that global equity markets will continue to rise through the year. And, regardless of what happens in these volatile international market conditions, Keva will continue to have significant asset management issues in Finland, which for historic reasons still accounts for about 18 per cent of all investments.

Keva – which has no explicit investment mandate from its municipal owners – is actually less exposed to its home base than the country’s overall pension system. This is one-third focused on the domestic market, according to a review of the system published in December by Nicholas Barr of the London School of Economics and Keith Ambachtsheer from the Rotman International Centre for Pension Management. Barr and Ambachtsheer estimate that the country’s pension funds underperformed their international peers by about 1.5 per cent per year in the period 2007 to 2011.

As Forssell points out, moving more investments out of Finland is easier said than done for Keva, the country’s second-largest pension fund; it would run the risk of disrupting Finland’s small stock and bond markets every time it buys or sells assets. “Liquidity, especially in the domestic stock market, leaves a lot to be desired,” he says. “We are like an elephant in a china shop with Finnish equity.” Yet Finland’s economy is unlikely to achieve much more than 0.5 per cent growth in 2012, meaning that Keva is lumbered with too many assets too close to home that it cannot trade easily.

As in other Nordic countries, Finland’s healthy, ageing population presents another liability for funds like Keva. Female life expectancy at birth is now 83, while males can on average hope to live till they are 79; close to one-fifth of the total population is more than 65, with the proportion bound to grow in the coming decades. “Increasing longevity not only puts pressure on the pension system but also on Finland’s labour supply, and so there is a political debate about increasing the retirement age,” says Forssell.

Planning for the ever-changing present

To cover present and future liabilities, Keva aims to meet a 3 to 4-per-cent annual real-return target, even though the fund does not have a set benchmark. Since the fund’s inception in 1988, it has achieved a cumulative real return of 5.3 per cent per annum, which with capital weighting falls to 3.7 per cent. It is sufficient but, in common with other large European public sector pension funds, Keva cannot afford too many years like 2011 when the return drops below the target. In 2012, for instance, when Keva’s total return shot up to 12.9 per cent, more than three-quarters of its $6.6 billion in municipal contribution income was immediately paid out in pension benefits. Keva invested the remaining $1.37 billion of this income in a pension liability fund, which – thanks to rising global markets  – produced a $5.3-billion return on investment for the year.

The hardest part of Keva’s portfolio diversification may therefore only just be beginning, as pension funds everywhere confront growing liabilities from the swelling ranks of their beneficiaries. Forssell says one promising area for further investment could be real estate, which at present accounts for 7.9 per cent of the portfolio. However, most of Keva’s directly held property is in Finland’s flat market, and overall the real estate assets only returned 4.9 per cent in 2012.

Other Nordic institutional investors, led by Norway’s $620-billion sovereign wealth fund, are starting to move more aggressively into overseas real estate, and Keva may follow suit. “We plan to increase modestly our international real-estate holdings, depending on market conditions,” says Forssell with characteristic Finnish caution. Private equity, which returned 10 per cent last year, and hedge fund assets, which returned 10 per cent, could also acquire more weight in the portfolio. As Forssell observes, the key to successful investing in both sectors is finding winners amid the majority of duds.

For Keva, the only strategic option not on the table is standing still. Like other Nordic public sector funds, the days of largely tracking European and US stock and bond markets are well and truly over.