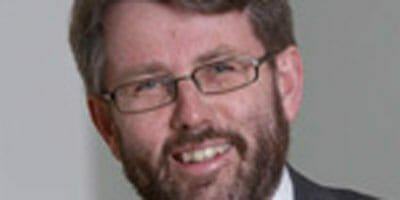 He says that while investing is part art and part science, it is important to employ science as much as possible and have a scientific approach as part of the investment process.

“EDHEC is a nice bridge between a scientific approach and practitioners’ needs and methods for implementation in practical portfolio construction,” he says.

EDHEC was born around the same time as AP2 and Franzen says it has made a relevant contribution to his work at the fund.

In particular one of the areas of focus that institutional investors have employed is the academic work on more efficient indices and benchmarking of equities portfolios.

“We’ve been doing this in various forms at AP2 for years,” he says.

In addition, some of the research on hedge funds, in particular style attribution in portfolios, has been applied by AP2, which has been building portfolios around systematic risk premium.

“This is a huge research area and another example of the relevance,” he says. “This is about a scientific approach and dealing with the issues in a way that makes them relevant.”

He also said asset liability modelling has been a focus of EDHEC that is applicable for some investors.

The 42-member advisory board at EDHEC-Risk Institute that Franzen now chairs is made up of investors and asset managers from around the world. Its purpose is to help the institute assess research projects for practical purposes; to evaluate research outcomes in regard to their potential impact on industry practices.

“It is important to stimulate thinking differently,” he says. “It’s easy to fall into old tracks.”

As chief strategist at AP2, Franzen says his daily duty is to think and harness investment policy as a long-term investor.

His interest is in investment policy design and asset allocation, which is also where he believes the long-term results are.

Since the global financial crisis, there has been more attention paid to dynamic asset allocation, and not just long-term strategic and short-term tactical asset allocation.

“When we think of dynamic asset allocation, it’s a question of addressing regularly whether financial risks are priced to reward taking on the risks,” he says. “It is good to have the mental preparedness to see that traditional risk premium may not be at the right price.”

To this end, AP2 has made a couple of dynamic allocations, including doubling a global credit allocation in 2007 and buying, then selling, out of convertible bonds.

Franzen thinks of asset allocation in risk terms and believes there is an overemphasis on expected return in modern-day portfolios.

“It is more of risk management to be sure you get rewarded for risk. It is easier to describe than do in practice.”

According to Franzen, rather than concentrating on return, volatility and correlation, for example, valuation levels are more important in assessing equity risk in allocations over the long term.

AP2 has even integrated an investment policy roadmap, which has guided the fund.

However, he says the fund is still working towards finding the ultimate diversification. Recently it has expanded into real estate and has increased its allocation to non-traditional property such as timber and agricultural property.

The fund has also undertaken some advice on hedge funds, which has translated to investment in more generic strategies, but with the aim of extracting alternative risk premium.

Franzen says the decision was made to gain exposure to alternative risk premium, but not invest in hedge funds per se.

The EDHEC-Risk Institute has branches in Singapore, at the invitation of the Monetary Authority of Singapore, the City of London and Nice, France.