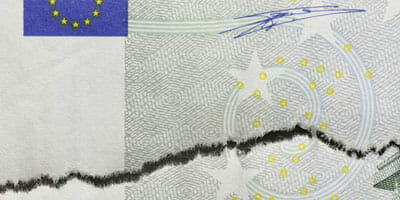 It has been a bad month for credit-rating agency executives who thought they were winning the legal and regulatory arguments about how they conduct their business. In Australia, the Federal Court ruled on November 5 in favour of 12 local councils in New South Wales which claimed that Standard and Poor’s had misled them into losing A$16 million ($16.8 million) on a complex debt security they bought in 2006 by stamping a triple-A rating on the product. On November 12, prosecutors in the Italian town of Trani demanded that seven employees at Standard and Poor’s and Fitch should stand trial as part of a probe into alleged market fixing when Italy’s sovereign debt was downgraded last year.

While these stories made the headlines, the credit rating industry could yet suffer an even bigger reverse at the hands of European Union officials and legislators. By the end of 2012, the European Commission, the European Council and the European Parliament aim to conclude negotiations aimed at introducing new Union-wide rules for credit rating agencies early in the new year. Their overarching goal: changing the system for rating the sovereign debt of EU member states.

“Ratings help investors who are interested in buying government bonds by providing guidance about where they should allocate their capital,” says Leonardo Domenici, the Italian socialist member of the European Parliament who is leading the attack in Brussels against the present sovereign-debt rating system. “What has to be avoided is the risk of speculative ratings and a situation where the agencies dictate the policies of a state.”

If Domenici has his way, the new rules will ban agencies from publishing unsolicited sovereign debt ratings or communicating any policy prescriptions to EU governments as part of the grading process. In addition, Domenici is lobbying for the EU to reduce the dominance of Moody’s and Standard and Poor’s, which together control more than 80 per cent of the worldwide credit-rating market. He proposes that any government or corporate bond issuer in the EU requiring more than one rating on a security would have to choose at least one agency whose market share is below a defined level. In practice, that would eliminate either Moody’s or Standard and Poor’s. Even Fitch – the smallest of the big three, with about 15 per cent of the market – might be caught by the rule, if the level was set sufficiently low.

“The goal of the European Parliament is to allow greater market competition, through the participation of smaller credit rating agencies in the process,” explains Domenici.

The proposals tabled by the European Commission and the European Council are scarcely less radical. The Commission wants the sovereign debt of EU member states rated on a regular six-monthly basis, rather than once a year, as is currently the norm for some countries. It also suggests that “to avoid market disruption, sovereign ratings should only be published after the close of business and at least one hour before the opening of trading venues in the EU”. Meanwhile, both the Commission and the Council advocate that debt issuers rotate their credit rating agencies every three years to increase competition and transparency.

Brussels is renowned for ambitious legislative proposals that either get stuck in the EU’s labryinthine bureaucracy or are drastically diluted in order to achieve consensus among member states. On this occasion, however, investment managers that use ratings to help determine their exposure to European fixed income should not assume all the talk in Brussels about overhauling the process will come to nothing. In crude political terms, going after the credit rating agencies is a winner at a time when resentment festers across the EU about the perceived role of Standard and Poor’s, Moody’s and Fitch in worsening the region’s sovereign debt crisis.

In this regard, the prosecutors in Trani are tapping into the same vein of hostility that has cast the agencies as arrogant, irresponsible actors that release sovereign debt downgrades just when vulnerable EU states can least afford them.

“We are trying to develop some long-term vision on how to deal with overreliance on credit rating agencies, not produce a quick fix,” says Sharon Bowles, the British Liberal Democrat Member of European Parliament, who chairs its economic and monetary affairs committee. “All sides of the European Parliament are reasonably together in trying to achieve this [goal],” adds Bowles, also a candidate to succeed Sir Mervyn King as the next governor of the Bank of England.

Even northern EU countries that have preserved their triple-A sovereign debt ratings believe the time has come to change the whole process. In the Netherlands, for example, “the Dutch government supports new European regulation on credit rating agencies… especially when it comes to reducing over-reliance on ratings,” says Ben Feiertag, a spokesman for the finance ministry.

Faced with the prevailing mood in Brussels, the main rating agencies have mounted a rearguard action in defence of their view that there is nothing wrong – and plenty right – with the way they grade sovereign debt in Europe.

“Ratings have been a stabilising force during the history of the eurozone,” says Martin Winn, Standard and Poor’s chief spokesman for Europe. “For many years up until the recent crisis, the market viewed southern European sovereign debt on a par with German AAA-rated bonds, while we always rated countries such as Greece, Italy and Portugal significantly lower and we downgraded them further in 2004–5. This overshooting by markets contributed to the imbalances that developed in the eurozone.”

The agencies also reject the notion that unsolicited sovereign debt ratings are, by definition, unwanted. “Unsolicited ratings should not be discouraged or stigmatised,” says Daniel Piels, Moody’s senior European spokesman. “Credit rating agencies must be able to provide their opinions in the market, whether requested by the issuer or not, and unsolicited ratings should not be positioned as the poor relation of their solicited counterpart.”

No change at all is not an option

Many fund managers – eager for the best and most recent analysis of sovereign debt issuers  – would agree with that view. Among investor organisations, there is also concern that any new regulations will inject more problems into the system. For example, the European Banking Federation, while broadly supportive of the Commission’s proposals, opposes rotation of agencies because Moody’s, Standard and Poor’s and Fitch each have different rating methodologies.

Yet the debate in Brussels has already gone beyond the point where no change at all is an option. In any case, the agencies are hard-pressed to defend the present absurd system, where both they and members states claim for self-serving reasons that the ratings are just opinions, while investors largely take them on trust. This charade was played out again on November 20, when Moody’s downgraded France’s sovereign debt from Aaa to Aa1. The French finance minister, Pierre Moscovici, responded by telling investors to “judge us on our results” and the yield on a 10-year French government bond promptly rose two basis points (that is, O.O2 per cent) when markets opened.

The truth is that European governments and the agencies have a mutual interest in operating a sovereign-debt rating system that both can agree is robust, transparent and credible. That suggests three likely outcomes when the new regulations are finalised. First, as always happens in Brussels, the rules will be the product of a compromise. Second, the compromise will reflect at least some of the views advanced by investor groups for not undertaking root-and-branch reform. And third, unlike many EU compromises, this one will still have real substance.