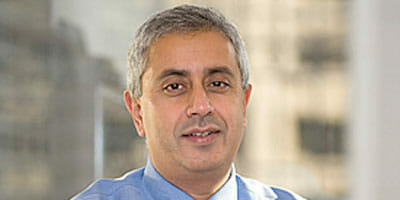 The IMF has called on the pension and investment industry to lobby governments to ensure policy initiatives are implemented, action that is critical to achieving the projected 3.6 per cent in global economic growth.

“Your industry plays a critical role in lobbying governments to ensure they take the right action,” he told delegates at the Fiduciary Investors Symposium in Santa Monica.

“Investors play a huge role in influencing what governments do. It is critical for you to lobby governments.”

In its report, Coping with high debt and sluggish growth, the IMF predicts global growth of 3.6 per cent for 2013. The prediction is predicated on a reliance on policy initiatives including European governments implementing stability mechanisms and the US avoiding a fiscal calamity.

“The world economy is recovering, but it is far too slow and the risks to recovery are strong,” he says. “We need policy action.”

Loungani says the most urgent action is required in the US, where the January 1 deadline of expiring temporary tax cuts, named a “fiscal cliff”, could have dire consequences.

“It is like a Y2K that will reset the US fiscal picture if nothing is done,” he says. “It will mean about $700 billion will be taken out of the US economy, which is about 4 per cent of income. We expect if nothing is done, it will shift the US into a recession as growth will be zero. Your industry needs to use its clout to lobby policymakers.”

Loungani says fiscal consolidation is best viewed as a marathon not a sprint, and he expects recovery will be a 10-to-15-year process.

“Pace yourself. Recognise it will take 10 years and make a commitment to stay in shape and bring it down over time.”

The unemployed at the bottom of the fiscal cliff

The IMF has also made predictions of the human consequences of not addressing the fiscal cliff and an ensuing recession.

If nothing is done, Longani says the IMF has projected 5 million more people will be unemployed in advanced econmies and a further 3 million unemployed in emerging economies.

“There are very serious risks with financial considerations and human lives by not addressing that.”

Loungani was, however, personally optimistic that there would be bipartisan action in the US.

“There have been several instances where the US establishment has come together to solve issues. US history gives us hope that minds will coalesce. I think people are waiting for the election to be over.”

With regard to the problems in Europe, Loungani says the problems are so complex it is not conceivable they will be solved in the next year – or even the next five years.

As an economist working at the IMF, Loungani says the past five years has been a “bit like battlefield medicine.”

“Five years in the emergency room is too long. It has been exciting, but for many of us it’s fatiguing, we want to get back to normal.” 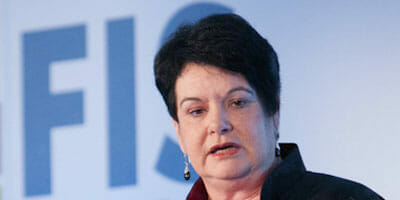 The global economy is on life support and the best that can be expected for the next five to 10 years is to get out of the intensive care unit but not off the critical list. Slow growth, low interest rates, serious unemployment levels, marginalised activity in the growing informal sector, sovereignty as a defensive […]
Sharan BurrowOctober 26, 2012