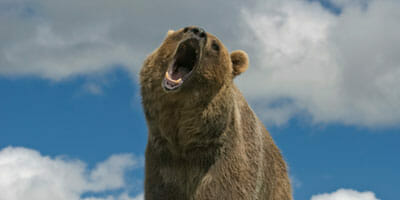 Governor of California, Edmund G Brown Jr, has announced proposed legislation that outlines sweeping reforms to the state’s pension system, but appears to have stepped back from a proposal to create a hybrid pension plan.

It was widely opposed by the state’s Democrat-led legislature after pressure from public sector unions and has been seemingly sidelined since Brown announced the key components of the Public Employee Pension Reform Act of 2012.

The governor claims he has reached agreement with the legislature, a point some Democrats have contested, but the plan – as it currently stands – stipulates all current and future state employees are to contribute at least 50 per cent of their pensions.

While the hybrid scheme is seemingly mothballed, it could be potentially revived via a provision that permits employers to “develop plans that are lower cost and lower risk if certified by the system’s actuary and approved by the legislature”.

According to the National Association of State Retirement Administrators there are 10 US states that currently adopt some form of hybrid pension scheme.

At the end of last year CalPERS released a working paper analysing the reforms that found if the hybrid scheme included closing off the current DB scheme to new members, it would result in lower investment returns and increase contribution to fund existing pensions.

By stopping the flow of any future new member contributions, a hybrid system would also further worsen the current 75 per cent funded ratio of CalPERS’ current DB scheme.

Governor Brown originally proposed that all new public employees would be required to join a hybrid pension plan that would target a 75 per cent income replacement ratio after 30 to 35 years of service.

“It should be noted that if the design of the Hybrid Plan results in the closing of the current DB plan there would be a significant cost impact to the employer due to the changes in asset allocation and amortization methods,” CalPERS noted in its analysis of the effect of the proposed reform package.

In separate issue briefing released earlier in 2011, CalPERS said that closing off the current DB scheme would mean that investments would gradually shifted into lower risk, more liquid assets such as fixed income to ensure benefit payments for existing members.

Senior Democrats involved in negotiations have been reported as predicting that the raft of changes will save the state tens of billions of dollars over the next 20 to 30 years.

Brown says that the reforms will involve considerable sacrifice from public employees and predicts reforms will slash what some regard as bloated retirement benefits relative to the private sector.

“If the legislature approves these reforms, public retirement benefits will be lower than when I took office in 1975,” he says.

Some of the proposed changes will require a referendum before they can be enacted, according to the Governor.

Democrats in the legislature predict the final package of legislation will be passed by the end of the week.

CalPERS will hold a special board meeting today to consider the implications of the legislation.