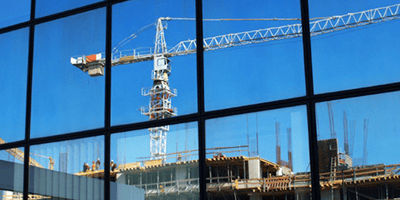 The 800-pound gorilla of the real estate market, sovereign wealth funds, is increasingly exercising its muscle by investing directly in property as a way of cutting fees and potentially achieving better returns, new research finds.

Sarah Unsworth, a Preqin analyst, finds the highest number of direct-real-estate investors are also the biggest sovereign wealth funds, with more than $250 billion in assets.

High rollers from the East

Funds from emerging market economies in the Middle East and Asia dominate the list of sovereign wealth funds that are the biggest investors in real estate (see table).

Unsworth’s research shows that the total combined assets of such funds now stands at more than $44.62 trillion and increased by nearly 15 per cent since 2011.

Alex Jones, a Preqin senior analyst, says that the push for direct investment in recent years comes amid a backdrop of increased allocations to alternatives by sovereign wealth funds.

“While every institution is different, the trend is typically that sovereign wealth funds will tentatively explore alternatives and ramp up their allocations over a period of years,” Jones says.

“As a result, we’ve seen an overall trend of increasing numbers of sovereign wealth funds getting involved in private equity, real estate, infrastructure and hedge funds over the past years.”

Middle Eastern funds dominate the list of the sovereign wealth funds that are the biggest investors in property. According to Preqin, the Abu Dhabi Investment Authority invests more than $47 billion (see below).

Jones says that sovereign wealth funds are typically large, sophisticated and experienced investors in property and are, therefore, ideally suited to direct investment.

Some sovereign wealth funds, such as Qatar Investment Agency, even have their own subsidiaries set up purely to invest in real estate,” he says.

“The big draw of funds is the skill and talent of the fund managers. However, if you have the requisite in-house talent and resources, it makes sense for them to avoid the fees associated with fund structures and tap into the potential for higher returns by sourcing investments directly.”

Preqin finds that US real estate is proving popular, with 79 per cent of sovereign wealth funds investing in US property market-focused funds.

This is followed by 57 per cent of sovereign wealth funds investing in Asia-focused funds, 54 per cent in Europe and 32 per cent in the Middle East and North Africa.

Opportunistic and value-added funds were the most popular strategies, favoured by 75 per cent and 65 per cent of sovereign wealth funds, respectively.

Funds have also looked to manage the overall risk of their portfolios in uncertain market conditions, with 55 per cent investing in less risky core-property funds.

Debt and distressed-real-estate funds have also proved popular with sovereign wealth funds in the current market conditions, attracting 55 per cent and 45 per cent of institutions.

The least popular strategies were fund of funds and secondaries funds.