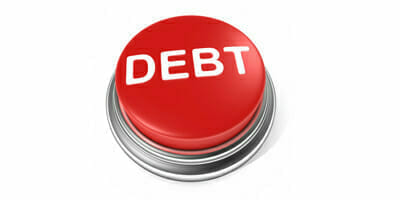 The flight to quality was not limited to certain developed-country debt during the volatility in the second half of 2011. Indeed, Pimco’s global co-head of emerging-markets portfolio management Ramin Toloui says that some emerging-market government bonds are potential safe havens during times of market stress.

He says that the bond giant’s Global Advantage Government Bond Index now has an approximately 35 per cent exposure to emerging-markets.

A standard government-bond index typically has an exposure of around 5 per cent to emerging-market government debt, Toloui says.

Pimco’s Global Advantage Bond Indexes (GLADI) are a series of GDP-weighted, investment-grade fixed income benchmarks. Pimco uses the indexes as benchmarks from which it takes active positions around for its GLADI group of funds. These GLADI funds have more than $9.4 billion in combined assets under management in both government and corporate bond strategies.

“If you look at a world where many investors are looking to diversify their global bond holdings, such as sovereign wealth funds in the Middle East and Asia and central banks, a key asset class they are going into is government debt in emerging-market countries,” Toloui says.

“So we think because of this re-allocation, part of that is going to result in yield compression and rising currencies.”

Toloui warns that traditional market-weighted bond indexes may, in fact, have a greater allocation to the biggest issuers of debt, namely developed-market economies, diminishing the defensive characteristics typically associated with government bonds.

The strong balance sheets of some emerging countries have meant they have more policy flexibility to deal with market uncertainty than many indebted industrialised countries, Toloui says.

“The key factors are the levels of external indebtedness and the debt-service payments relative to foreign reserves is absolutely essential,” he says.

According to Toloui, passive government-bond strategies that use traditional market-weighted bond indexes have a high allocation to the largest debt issuers, potentially diminishing the defensive characteristics typically associated with government bonds. Pimco prefers GDP-weighted indexes, which its research reveals results in an average gross government debt-to-GDP of 82 per cent across the countries in its government bond index. This compares to an average debt-to-GDP of 138 per cent for an equally weighted selection of three common market cap-weighted indexes.

He points to a necessary shift in the way bond investors should think about how industrialised and emerging-market countries perform in times of global economic stress.

“Recently, however, there has been a big divergence in emerging markets with some countries, like Hungary and Turkey, falling into the old model of having to raise interest rates when there is capital flight, but other countries, like Brazil, being able to cut rates aggressively to shield their economies in periods of external stress.”

Brazilian two-year bond yields fell by more than 200 basis points in the second half of 2011, more than those in Germany and the US.

Toloui makes the point in a new research article that investors who purchased Italian bonds a decade ago would have anticipated that yields compensated for interest rate risk – primarily the volatility of interest rates in the eurozone.

“The old mental apparatus in investing in bonds seems to be reconsidered, and therefore the asset allocation needs to be re-considered,” Toloui says.

“Investment in emerging market bonds can provide income but can also provide some of the attractive qualities that bonds have in periods of volatility.”

Investors who structure a bond portfolio around the traditional dichotomy of developed markets representing hard-duration interest-rate risk and emerging-market soft-duration risk may, in fact, find they are holding assets that are acting like a credit risk, Toloui notes in his research.

He does, however, acknowledge that the financial markets of emerging markets are currently not deep or liquid enough to deal with large-scale capital in-flows that would result from global investors looking to allocate up to a third of their government-bond portfolios to emerging markets.

Pimco sees considerable first-mover advantage for investors who position themselves early to take advantage of the push into emerging-market debt, but Toloui warns that valuations may be bumpy.

“Positioning yourself there early is a way of taking advantage of the fact that we anticipate that there is going to be large capital flows going in as more investors allocate to these markets,” he says.

“In that journey, we are going to have periods where valuations are stretched where a lot of money moves in in a short period of time and we, as active managers, are trying to be mindful of that. Emerging markets are smaller. Navigating those markets is more difficult than it is in deep, liquid markets in industrial countries, but it does mean that getting there before others is especially important and also being sensitive to valuations as you are making your investments.”