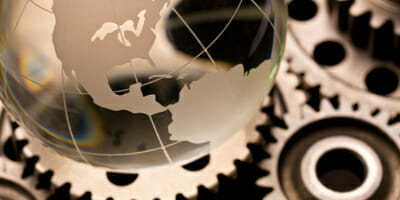 A defining characteristic of leading pension funds globally is the cost savings garnered from in-house investment management. An organisational design study by CEM Benchmarking has revealed that “leading” funds have an average of 49 per cent of assets managed in-house, and yet the internal staff and non-manager third-party costs make up only 15 per cent of total investment costs.

The study examined the organisational design of 19 of the world’s largest funds with average assets of $90 billion and found that these funds spend an average of 46.2 basis points on external management, compared to 8.1 basis points on internal investment capabilities.

For fixed income the difference was 3 versus 18 basis points, for equities 10 versus 40 and for real estate 21 versus 75 basis points.

Heale says in the past 10 years there hasn’t been a great deal of internal private-equity management, but he believes the industry is on the cusp of change.

According to CEM Benchmarking vice president, Jody McIntosh, the extent of in-house investment management was a driver of many organisational aspects, including the number of staff and the compensation.

“The number of staff at these 19 funds ranged between 20 and 647 full-time investment staff. This is a big variation, and it was interesting to see what was driving that was internal assets under management.”

CEM conducted a regression analysis that revealed 70 per cent of the variation in the number of staff was due to internal management.

McInstosh says most funds plan on increasing the number of staff over the next three to five years, some by as much as 10–20 per cent as they increase internal management.

There was also a clear relationship between the number of front and back-office staff, with 1.7 people required in the back office for every member of front-office investment staff.

“The number of front-office staff is the best predictor of governance, operations and support staff,” he says.

But it is not just the number of staff that distinguishes these funds, it is where the resources are allocated.

Large funds have a substantial number of full-time staff dedicated to asset allocation and risk, with an average of 13 of 135 staff allocated to this area.

A survey of these funds strategic objectives revealed that risk management was the number one priority, followed by organisational leadership, culture, talent and asset allocation.

McIntsosh says the number of internal staff was also a clear indicator of the compensation paid to the senior staff.

Of the funds surveyed, the highest compensation was in Canada, followed by Europe, US and Australia/New Zealand.

Heale says the study is part of global leaders program introduced by CEM last year, which looks at understanding the common characteristics of the funds, including big internal operations, sophisticated asset mixes, high need for performance-management information and high allocation to private markets.

The organisation design study is the initial piece of research into which CEM plans to drill deeper.