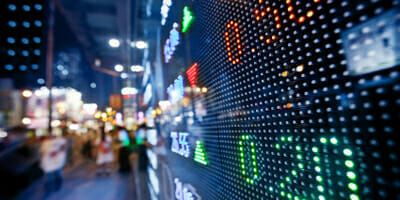 Index construction is pushing the boundaries of active management, with index providers launching products such as high beta to take advantage of market movements.

S&P Indices is the latest to add to its family of high-beta indexes, recently launching two indexes of developed and emerging markets.

Alka Banerjee, S&P Indices’ vice president of strategy and global equity indices, says index construction is pushing into areas of strategy that have previously been the domain of active managers.

S&P, along with other index providers, has been moving aggressively in recent years into what it describes as “strategy indexes”.

“There is definitely a lot of innovation in the indexing world, moving into things that have been in the domain of active managers so far, of trying to extract value other than market value by developing new strategies,” she explains.

“We find, if we have clear, transparent and easy-to-understand rules that can be implemented in a consistent and regular manner, over time those strategies can be indexed and it is a huge cost advantage to the investor.”

In S&P research conducted last year that tracked the performance of alternative beta strategies researchers found that some strategies had outperformed compared to active management.

The report Evaluating Alternative Beta Strategies by Xiaowei Kang, S&P’s index research and design director, finds that over a 10-year period from 2001 to 2011, simple equally weighted and low-volatility strategies significantly outperformed the S&P 500.

By comparison, the average US large-cap manager has lagged behind the S&P 500 over the same period.

Kang finds that although alternative beta strategies aim to achieve better risk-adjusted performance than cap-weighted portfolios, they are often constructed with more specific objectives in mind.

“These objectives include achieving a systematic value tilt, lowering portfolio volatility or reducing stock-specific risks, and may define the essence and main applications of different strategies,” the report finds.

In an indication that investors are increasingly looking to hedge for a market upswing, S&P Indices’ latest additions to its high beta family of indexes cover stocks in both developed and emerging markets.

The indexes measure the performance of 200 stocks in their respective markets that are most sensitive to changes in market returns.

The most sensitive stocks receive the highest weights. The indexes: The S&P BMI International Developed High Beta Index and the S&P BMI Emerging Market High Beta Index have been licensed to a third party which plans to launch exchange-traded funds based on them.

“Of course, you have your basic market beta investment, but then you have allocation to high beta and an allocation to low volatility and you cover yourself for both bull and bear market scenarios so you are not completely at the mercy of the markets,” Banerjee says.

The developed market index tracks the 200 most market-sensitive stocks within the S&P Ex US-Korea LargeMidCap Index. Countries it covers include Canada in North America, Germany, France, Ireland and Italy in Europe and Australia, Japan and New Zealand in the Pacific, and Israel.

The emerging market index covers stocks in Eastern Europe, Russia and Turkey as well as countries throughout Asia, Latin America, the Middle East and Europe.