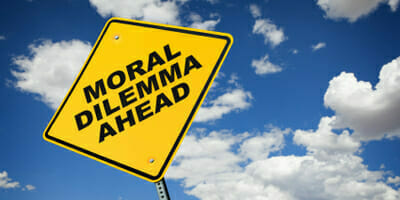 Returns are a secondary consideration to the ethical values of members when framing the socially responsible investment policy of Swedish fund AP7.

AP7’s head of communications, Johan Floren, says that the fund is less concerned with socially responsible investment (SRI) as a driver of returns rather than as a reflection of the values and ethics of members and the broader community.

The comments come as AP7 released research reviewing 21 SRI performance studies from 2008 to 2010 that show no link between responsible investment and returns.

“The findings in the report strengthen our belief that there is no ‘easy alpha’ to find here,” Floren says.

“The primary driver behind environment, social and corporate governance (ESG) simply isn’t yield. It’s values – both on behalf of the people in the industry and societies around it.”

The approach of AP7 continues a broader debate in the industry about how far fiduciary duty extends for pension fund trustees.

At a UN-backed investor summit in January, CalPERS chief executive Ann Stausboll called for funds to look beyond just returns to members and push for broader environmental and social action on such issues as climate change.

According to Floren, the AP7-commisioned study has given fresh impetus to the fund’s SRI efforts, with research finding there was no automatic drag on returns from applying SRI investment strategies.

“The findings are important in several perspectives. The report confirms that SRI doesn’t come with an automatic penalty on performance, which is important to establish in itself,” he says.

“But it is also interesting since it turns the whole debate upside down – if it doesn’t cost anything, why isn’t everybody doing it? We now can go on developing our work without second thoughts.”

Frustration about the contradictory messages being received by both academics and practitioners around the effectiveness of SRI resulted in the fund commissioning this latest study.

The Performance of Socially Responsible Investments by Dr Emma Sjostrom from Stockholm School of Economics, is also a timely caution to SRI investors not to overestimate the effectiveness of responsible investing.

“Another perspective is that there is no evidence that SRI (ESG) improves performance,” Floren says,

“Our impression is that a lot of people, both among practitioners and academia, would like responsible investing to have better returns, so much so that they abandon demands for evidence. Apart from being more faith than facts, it also might backfire when fantastic figures are missing and disappointment follows. To us, the conclusion is: don’t make promises you are unlikely to keep.”

Sjostrom discussed her findings at a recent UN-backed Principles for Responsible Investment (PRI) webinar looking at the latest developments in SRI research.

The report reviewed the available studies over three years that investigated the link between performance and SRI but excluded studies that focused exclusively on governance.

It found that two-thirds of the studies found no obvious connection between responsible investing and performance.

“SRI as far as we can see does not automatically generate higher or lower or similar returns,” Sjostrom says.

“There is nothing to say that SRI always underperforms or outperforms – it is a mixed bag.”

Sjostrom and Florens highlighted the need for more comprehensive research into performance and SRI, with it not a matter of merely counting the studies to provide evidence either way of the link between SRI and performance.

Sjostrom says the findings highlight the need for more in-depth research into what is driving the performance of these SRI funds when compared to funds that do not consider SRI factors.

“What are the underlying factors for these results? What is going on in the market at this time? Does this performance have anything to do with the skillsets of the managers,” she suggests.

“Whatever the case may be, we would hope for studies that take the next step in measuring performance.”