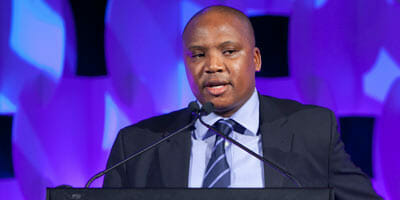 Returns should not be the sole driver of investment decisions as funds should consider the social, environmental and economic impact their capital can have, a senior official at Africa’s largest pension fund says.

John Oliphant, head of actuarial and investments at South Africa’s $130-billion Government Employees Pension Fund (GEPF), says the fund considers high impact investments that develop the domestic economy as being in the long-term interests of its members.

“We [GEPF] are effectively a third of South Africa’s GDP so what we think is that if the country does not do well then the fund will not do well because we own a slice of the economy,” Oliphant says.

The defined benefit fund has also been a trailblazer when it comes to environmental, social and corporate governance (ESG). A founding signatory to the UN-backed Principles for Responsible Investment, GEPF moved in 2010 to integrate ESG considerations into its investments.

This includes launching an ESG rating for companies it invests in as part of its engagement strategy. The fund is currently focusing on the top 100 companies on the Johannesburg Stock Exchange.

The fund is also structured in a way that allows it to focus on long-term strategy. Day-to-day operational management of investments is handled by GEPF’s asset management arm, Public Investment Corporation (PIC).

Oliphant says this allows him to focus on long-term considerations, while leaving implementation to the investment team at the PIC.

“It works well because it forces me to stay away from the day-to-day markets. I don’t look at those things; I look at them once in a while because my mind is more focused on the long-term strategy,” he says.

“My counterpart at the PIC is thinking ‘now this is the strategy, how do we best execute it and extract value out of it’.”

While other fully funded DB funds around the world have looked to de-risk, typically by allocating more into government bonds, GEPF has been hampered by its size in the local bond market.

The constraints on investing abroad, means the fund cannot be overly concentrated in any one asset class, while it is also limited by the depth of the markets for various assets, according to Oliphant.

Oliphant says that GEPF owns 70 per cent of the inflation-linked bonds issued by the South African Government or other institutions.

“There isn’t room for us to buy more. We obviously encourage Government and other institutions to issue inflation-linked paper but in the absence of enough paper in the market we have no choice to look at other asset classes.

“Yes, they introduce a level of risk, but we are doing it based on the constraints that we have so our large size makes it very difficult for us to have a less risky portfolio that is concentrated on inflation-linked bonds given we are fully funded.”

Local bonds make up almost a third of the portfolio.

In keeping with its strategy of matching its liabilities and contributing to the development of the local economy, the fund likes to invest in real assets such as infrastructure and property.

“Based on our strategy – we love inflation-linked bonds – it is our preferred asset class. And we love property, plus infrastructure. [These] are the most important asset classes and that I give a lot of respect to,” he says.

Local property makes up around 5 per cent of its overall portfolio and, when the fund has ventured into investing across Africa, it has invested in real assets such as airports and undersea cables

While the South African Stock Exchange has performed strongly on the back of the recent resources boom, Oliphant says real assets and an investment approach that aims to match liabilities, rather than aim for an ambitious return target, has seen the fund grow steadily since inception.

“The fund started in 1996 it was about 70-per-cent funded and in 2008 it was 102-per-cent funded, not because there were new contributions to the fund but because of prudent, smart investing, investing in real assets,” he says.

Social infrastructure projects include a social housing program, which aims to provide housing for lower middle income earners who cannot afford a home but are not poor enough to access government assistance.

With South Africa experiencing a 28-per-cent unemployment rate, Oliphant says that the fund’s capital has an important role in increasing job opportunities and, therefore, growing the membership of the fund.

“These education loans provided a diversifying benefit as well as a long-term benefit,” he says.

Oliphant has a bullish outlook for Africa, saying that the continent would grow strongly in the coming years.

The growing middle class and subsequent increase in consumption from the continent’s 1 billion people is a key opportunity for Oliphant.

“Africa must avoid being colonised again and Africa certainly has the money – you just need the right mind set,” he says.

GEPF has engaged in joint investment funds, including the Pan African Infrastructure Development Fund (PAIDF), the first offering of which closed with $625 million from 10 African investors in 2007.

The fund has a 15-year outlook and aims to provide capital for public-private partnerships across the continent. Investors in the fund get an equity stake in any projects, with the aim that they can then gain from any capital appreciation and ongoing cash flows.

A second fund was anchored by a $250-million investment from GEPF and has sought interest from international investors in the US, Europe and Asia.

PAIDF chief executive Tshepo Mahloele has said it is targeting a $1-billion fund and has identified 21 projects, including investments in energy, transport, telecommunications, water and sanitation.

GEPF has also invested in two airports in Tunisia with TAV Airports, a Turkish airport operator.

The investors received a 40-year concession on Monastir Habib Bourguiba and Enfidha-Hammamet airports, but political turmoil in Tunisia resulting from the Arab Spring has the potential to jeopardize the investment.

Oliphant says that the role of the African Development Bank, which was involved in the project and is headquartered in Tunisia, was crucial in managing the potential sovereign risk as a result of regime change.

The bank found willing listeners in the new government when it put the case for the importance of infrastructure in tackling the country’s high youth unemployment and the need to attract capital, according to Oliphant.

“For me the best political insurance you can get is the right partnerships on the ground. We are not saying it’s perfect, but for the level of risk one takes it is worth it in terms of the returns.