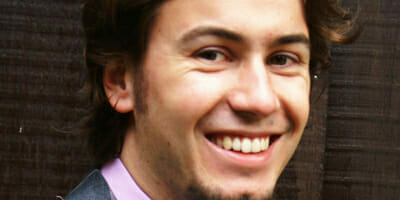 It is possible for the best elements of defined benefit (DB) schemes to be applied to defined contribution (DC) schemes, by replicating real deferred annuities to produce superior pension outcomes for members, according to a new paper by APG.

The paper, How to mimic DB-like benefits in a DC product, does what it says.

It demonstrates through simulation that by using derivatives there is a way to combine the best of both worlds into an individual pension product that has clearly defined ownership  while delivering a DB-like pension.

In the paper, its author, APG-intern Jens van Egmond, says while there is a clear global trend towards defined contribution, the solution is sub-optimal because of the disconnect between the accumulation and decumulation phases of the schemes.

“Defined benefit is a fully integrated product,” van Egmond says. “Defined contribution is a pension savings scheme, a wealth management strategy. It doesn’t tell you what you can do with that money at retirement.”

Van Egmond says the study rests on the premise that people want income over  their whole life.

“A real annuity is the best way to achieve that, and you can only get that in a defined benefit scheme,” he says.

“That makes it easy to communicate that your wealth is growing,” Lundbergh says.

“A real pension solution delivers future cash flows, of which the net present value is much more volatile than just wealth accumulation. That’s a very difficult thing to communicate.”

Because defined contribution funds don’t have a pension payout mechanism, the member is subject to “conversion” risk when converting the pension wealth into an annuity at retirement.

The paper proposes a solution where interest rate and inflation derivatives protect the purchasing power of the defined contribution investment over time, making the conversion risk a non-factor.

Van Egmond describes it as using a traditional lifecycle solution, with an allocation consisting of a safe and a risky asset. But instead of using bonds as the safe asset, an asset mix replicating a real deferred annuity is used.

“You know the price of the annuity will change as interest rates and expected inflation vary.,” he says.

“When you invest into the safe asset, the investment amount is translated into future real monthly pension payments, or at least into a very close approximation of these cash flows. The safe asset can be converted into a real annuity at retirement day since it uses an investment strategy that moves the same way as the real deferred annuity moves when market variables change.”

Van Egmond says that replicating a real deferred annuity is dependent on three factors: the interest rate; the inflation rate; and mortality rates. It uses financial instruments to hedge the first two, while explicitly saving more to pay for longevity increases.

Interest rate swaps are used to hedge inflation. The hedging model uses an insurance mindset, and moves away from the asset management mindset of hedging by looking for correlations with certain asset classes. The break-even inflation quoted for inflation swaps is identified as the inflation measure. This provides a cost-efficient hedging method, but it relies on liquidity in the inflation derivative market.

Lundbergh says that while APG is not necessarily producing a solution from this research, it is committed to a different way of looking at the pension payout problem in DC funds.

“There is a gap in the market between standard defined benefit and the more traditional defined contribution models,” he says.

“In the long run, it would be great to have a hybrid product that combines the best from DB and DC for those who only have access to the current DC models. As a mission-driven organisation we are going back to our roots when looking at this problem.”

Ruben Laros, another APG supervisor, says Netspar, the national network of pension practitioners and pension scientists, offers a master’s degree in the economics of finance of aging. Part of this degree is an internship at one of Netspar’s partners, such as APG.

APG has offered more than 30 students the opportunity to do in-depth research into pension related topics. Jens van Egmond is the most recent graduate.