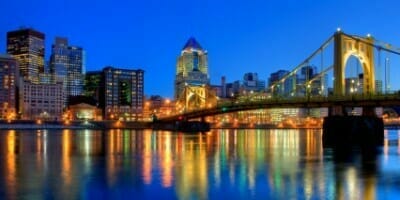 After weathering this year’s market turmoil the $26 billion Pennsylvania State Employees’ Retirement System (SERS) has a new chief investment officer and a new investment approach after changing consultants that have advised the fund for almost 20 years.

This year has seen a raft of changes at SERS, one of the oldest pension funds in the US, which provides statewide pension plans for 227,000 public employees.

Since arriving in February, SERS chief investment officer Anthony S. Clark has overseen a re-examination of the fund’s investment approach.

In September, this resulted in the fund replacing its general consultant Rocaton Investment Advisors and alternative investment consultant Cambridge Associates after nearly two decades of service.

“SERS chairman Nicholas Maiale explained the decision saying: “the markets, our demographics and the maturity of the fund are all changing, and it’s time for a fresh look”.

The fund decided to appoint RV Kuhns & Associates, Inc. as its asset consultant and StepStone Group LLC as the fund’s alternatives consultant.

In December, the fund also decided that it would look to change the way it invests in alternative assets, with the board moving to create a “diversifying assets” program.

The fund began the program with an allocation of $250 million each to Tiger Management Advisors LLC and Entrust Capital.

The investments will be funded over time from cash and redemptions from existing managers in the absolute returns portfolio.

It has set target asset allocations for 2011 that see it reducing its cash holdings from just over 5 per cent of the overall portfolio to zero.

Alternatives are targeted to tick slightly lower to just under a quarter of the portfolio, while an extra 2 per cent will be added to fixed income, taking this allocation to around 17.5 per cent of the overall portfolio.

As a mature plan, SERS says it must focus on ensuring short-term liquidity.

SERS reports that difference will grow and it is projected that annual benefit payments will reach $3 billion by 2015, an increase of 54 per cent from 2005 levels.

Despite these funding challenges, Clark says the fund has managed to avoid some of the investment losses other public pension funds have suffered in a tumultuous third quarter of the year.

The fund achieved a 1.9 per cent return (all returns net of fees) for the year to September and lost 4.4 per cent in the third quarter.

“We weathered the harsh quarter better than most,” Clark said when announcing the result earlier this month.

“SERS return was –4.4 per cent for the quarter but most large pension funds were down twice that.”

In comparison, the Wilshire large fund universe median return for the third quarter was -8.3 per cent while the TUCS public fund median return was -8.9 per cent.

In its last annual report SERS reports that its actuarial funded ratio was 75.2 per cent.

The fund has an 8 per cent return target.

In its other asset classes its performance information lags a quarter. Private equity in the second quarter of the year returned 5.2 per cent, venture capital 4.8 per cent and real estate 3.1 per cent.

Also affecting SERS’ funding status was several losses experienced over the past decade, in particular a 28.7 per cent loss for 2008.

Under legislative rules governing the fund, losses must be smoothed over a five year period.

In its latest annual report the fund says that to date 60 per cent of the loss incurred over the global financial crisis has been recognized with the remainder to be accounted for in the next two years.