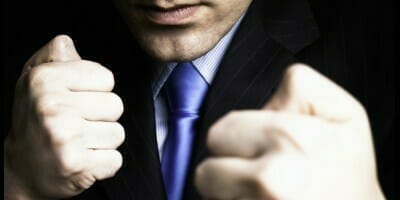 Former head of the US Securities Exchange Commission, Harvey L Pitt, has one simple piece of advice for investors wondering if, a year after the sweeping Dodd-Frank reforms were enacted, regulation has been adequately strengthened to avoid another financial crisis.

“Buy gold,” Pitt says when asked what the future may hold.

Pitt, who headed up the SEC from 2001 to 2003, says the 2000 page Dodd-Frank Wall Street Reform and Consumer Protection Act is overly complex and does little to address the underlying causes of the financial crisis.

At this month’s International Corporate Governance Network conference in Florida, Pitt told delegates that, while the Dodd-Frank rules were unwieldy and may have a host of unintended consequences, the act is here to stay.

After the conference, speaking from Washington where he heads consulting firm Kalorama Partners, Pitt told Top1000funds.com that the Dodd-Frank rules failed to reduce systemic risk.

“The best you could say about Dodd-Frank is that it was a missed opportunity because it didn’t give us the reform we needed,” Pitt says.

“But, as I also said in Florida, it is a loss, but now people have to come to terms with it, and deal with it for better or for worse.

“I am concerned that it is not going to prevent the next crisis, but hope springs eternal.”

Pitt says that the Dodd-Frank act, which has been touted as the most significant reform of the US financial system since the Great Depression, results in a bloated and unresponsive regulatory system.

The reforms were pushed through by a Democrat-dominated congress and were signed into law by President Barack Obama a year ago.

Pitt was a Republican nominee to head up the SEC, and was appointed by former President George W Bush.

“Regulators in the US need to be far more capable of moving nimbly, rapidly and responsibly and I am not persuaded that they will be able to do this, particularly, as the regulators are bashed repeatedly by a whole variety of sources,” Pitt says.

“The big challenges are going to be for regulators to get on top of evolving trends before they turn into catastrophes; to work with those that are regulated to come up with sensible approaches; and to start becoming very creative to permit our financial system to prosper and grow.

“Frankly, this will be hard to do, given some of the specific conditions of Dodd-Frank.”

Pitt also says that a year after Dodd-Frank came into being it is clear that the act regulates entities as what they “were born as” rather than by what they actually now do in reality.

“The notion of regulating with technical distinctions without an actual difference has produced a splintered and unfortunate program,” he says.

There have also been failings in implementation, with Pitt pointing to regulations being put in place around swaps as one such example.

Pitt says that under the act some types of swaps are to be regulated by the SEC and others by the US Commodity Futures Trading Commission (CFTC).

“Both regulatory entities [SEC and CFTC] are required to produce rules doing the same things and both entities have produced rules that do dramatically different things, which is very troubling,” he says.

Pitt says that Dodd-Frank has either partially or wholly failed to address three urgent areas of reforms that he believes are needed to increase the stability of the financial system.

1) A continuous stream of significant data flowing into the government by anyone who takes money from the public, or could have a significant impact on financial system;

2) Clear obligations on government to analysis this data and disseminate it back out to the market in a timely fashion; and

3) An ability in government as trends are evolving to “stop, look and listen” and decide what, if anything, should be done about the trend. Rather than Dodd-Frank’s overarching regulatory requirements, reforms should focus on a system of “circuit-breakers and trip-wires”.

While Dodd-Frank is explicit in its beefing up of reporting of information by various entities in the financial system, Pitt says it offers little in the way of laying out clear responsibilities for government in analysing and disseminating this information to the market.

“The data goes in but it never goes out; in essence, it is almost meaningless,” he says.

“When you look at the sub-prime collapse, the one thing that is clear is that no-one in that market understood what was evolving in real-time, and none of the regulators had any comprehension in respect to that. So we ended up with an economic meltdown.”

Pitt oversaw the implementation of the Sarbanes-Oxley Act of 2002, which was in reaction to a string of major corporate and accounting scandals such as Enron and WorldCom.

He says that the effectiveness of these reforms was stymied by how key financial players interpreted the act, focusing on strict compliance rather than the overarching aim and purpose of the reforms.

“My concern is that after Sarbanes-Oxley came out many people took a check-the-box mentality,” Pitt says.

“They would come up with checklists of things with respect to corporate governance and financial reporting and they didn’t focus on what the purposes of the reforms were. As a result we needed Dodd-Frank.

“In one sense if Sarbanes-Oxley had really worked we shouldn’t have needed much of what was needed in Dodd-Frank.”

Despite its advocates proclaiming Dodd-Frank effectively puts an end to the “too big to fail” problems of the financial crisis, Pitt says the reforms may have actually enshrined the concept and exacerbated the problem.

Dodd-Frank requires regulators to identify enterprises that are deemed to be “systemically important”.

“‘Too big to fail’ was not eliminated by Dodd-Frank; if anything, it has been perpetuated in more pernicious ways,” Pitt says.

“It seems to me that Dodd-Frank requires regulators to identify those enterprises that, shall we say, are ‘too big to fail’, and once those enterprises are identified they are subject to a different level of regulatory constraint than other firms.

Pitt also doubts the effectiveness of the so-called “living will” provisions that require these systemically important firms to outline how they would be wound up in the event of major financial distress or failure.

Many of these firms have grown in size and scale since the crisis and are increasingly complex cross-border entities subject to the requirements of a variety of regulatory systems, says Pitt.

“You now have global situations where entities are subject to different requirements and there is international dissention and no real resolution,” he says.

“So, I think that the intent [of living wills] has been good, the implementation of the intent has been terrible.”

Strident critics of Dodd-Frank have also pointed to the fact that the Democrat-backed reforms do nothing to address Fannie Mae and Freddie Mac – the two government-sponsored enterprises that were put under federal government conservatorship in the wake of the US housing crisis.

Pitt says that Fannie Mae and Freddie Mac were at the heart of the problems that led to the financial crisis; were chronically over leveraged; and carried an implicit government guarantee that effectively compelled the federal government to guarantee their debt.

“The failure to deal with these issues that arise out of Fannie and Freddie is one of the more critical and singular failures marking Dodd-Frank,” Pitt says.

“If you look at the current state of the US economy, some statistics have said that there may be 10 million mortgages that are underwater. That presents a threat and overhang to our economy that isn’t acceptable, and Dodd-Frank’s failure to deal with any of that is really unforgivable.”