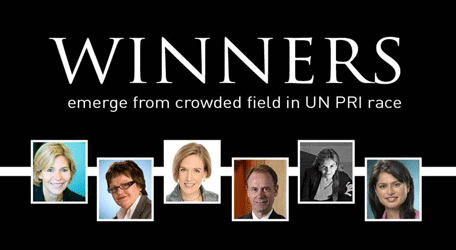 Six candidates have gained election to the advisory council of the UN PRI in a close-fought election that for the first time saw asset managers and service providers included.

There was strong interest in the elections for The Principles for Responsible Investment Initiative (PRI) Advisory Council, with more than 31 non-asset owner candidates for four positions and six asset owners for two positions.

It is understood more than 500 of the 920 signatories voted. Chief executive of investments at Dutch fund PFZW, Else Bos, and CalPERS board of administration member, Priya Sara Mathur, were the two asset owners elected to the 16-person council.

The PRI initiative was establish in 2006 and aims to promote responsible investment and ESG best practice.

Signatories agree to a voluntary set of six principles aimed at encouraging the incorporation of ESG aims into their organisations and the investment industry more broadly.

The PRI Advisory Council has been expanded to 16 positions drawn from the global signatory base.

“The new governance structure marks a significant change for PRI, one that will benefit from the diverse representation of our asset owner, investment manager and service partner signatories in helping PRI realise its goals,” newly elected PRI Advisory Council Chair, Wolfgang Engshuber said.

One of two Australian representatives on the council, Bryne, who heads ACSI – a governance advisory organisation for the Australian superannuation industry – said she was focused on improving the practical focus of PRI and increasing its US membership.

“For us there are a couple of concerns and one is to make sure that the PRI is practically focused at implementing the principles and provides as much assistance as possible to its members,” Bryne said.

“But (it) does that in a practical way and shows an understanding of investment management processes and pension fund processes. The other big issue for the PRI is to increase the membership from the United States, there are so many assets in the US but there are not enough signatories who are focused on PRI principles in the US.”

US-based signatories to the UN PRI comprise of 19 asset owners, 83 asset managers and 27 service providers. This represents 14 per cent of signatories.

Bryne said she also was focused on ensuring that the UN PRI was working appropriately with emerging market investors and asset managers.