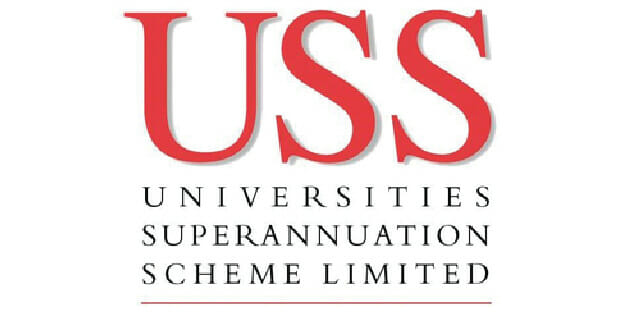 The Universities Superannuation Scheme, USS, trustees of the largest private pension scheme in the UK, withstood September’s turmoil in the government bond market for five key reasons. Speaking at USS’s 2022 Institutions’ Meeting, Simon Pilcher, chief executive of USS Investment Management, said the asset manager uses less leverage than most other UK pension funds. “Leverage has not been a problem for us,” he said. At end of September, the Valuation Investment Strategy had 16 per cent in leverage.

Pilcher said USS has also been protected because of diversification. In an important seam to strategy, USS buys US government bonds to hedge inflation and interest rate risk, no relying exclusively on UK government bonds. In a third pillar, the asset manager was also supported by its allocation to private markets which protected the downside and have less volatility than public markets.

A strategy that reduced the portfolio’s exposure to sterling also helped protect the pension fund. The investment team had observed for a while that sterling tends to perform badly in volatile markets. Fearing volatility, strategy centred around increasing the non-UK element of the portfolio, said Pilcher, adding that the team had also ensured plentiful stocks of cash and collateral in preparation for market volatility as yields rose through the year. When this was turbo charged in September, the scheme was prepared.

Finally, Pilcher credited USS’s governance for the scheme’s fortitude during September’s market turmoil. This enabled the investment team to act quickly at a time fast decision-making was critical to protect the downside and exploit opportunities.

Pilcher said the turmoil in the bond market caused UK pension funds such a challenge because of the quantum and speed of the move. “We saw daily moves five times larger than we’ve ever seen before,” he said. However, he noted that the direction of travel – aka higher bond yields – is positive for pension funds because it leads to lower liabilities and a larger surplus/lower deficit.

Hedging in the US

The portfolio is divided between a 60 per cent allocation to growth assets and a 40 per cent hedge ratio whereby USS hedges 40 per cent of the inflation and interest rate risk embedded in its liabilities.

Pilcher explained that USS has increased its liability hedge ratios for both interest rates and inflation over time. However, a large chunk of that hedging has been achieved outside the UK, mostly in US. “As bond yields have risen, it causes our hedge ratios to rise without doing anything to our underlying investments. The rise in hedge ratios is due to the market bringing it to the portfolio,” he said.

Still, he said that the investor has taken a more active approach to hedging inflation risk, seeking to add hedging when the breakeven rate has fallen. For example, USS increased hedging in the UK when breakeven rates were lower last July. “This was a cheap opportunity to acquire inflation in the UK,” he said. Similarly, the team looked for opportunities to hedge inflation exposure via the US market, given US inflation is structurally cheaper to buy than the UK. “Our actions have helped as inflation has grown around the world – hedge ratios have increased but they have been acquired at opportune times,” he said.

USS’s aggregate exposure to growth assets has been constant at 60 per cent of the portfolio. However, Pilcher said that in recent months USS has reduced that exposure given concerns about the outlook for growth assets. USS’s exposure to private markets has grown however, with a particular focus on private equity and real growth – inflation-linked assets like infrastructure. The fund hasn’t invested enormous amounts in private assets through 2022, but private assets have helped protect the portfolio and delivered well for the scheme, he said.

Indeed, Pilcher said that USS has seen a material increase in its exposure to private assets. Not via an increase in net investments but by other factors including the stronger dollar, taking the dollar-denominated private asset percentage up with it.

Stakeholders heard that USS  runs more of its allocation to private markets in-house compared to peers. Internal management has allowed USS to tailor investments more closely to its own needs – for example sourcing long-term infrastructure assets with inflation characteristics that also give an equity premium. Moreover, USS also manages to pay less to external managers than peer funds where it does outsource.