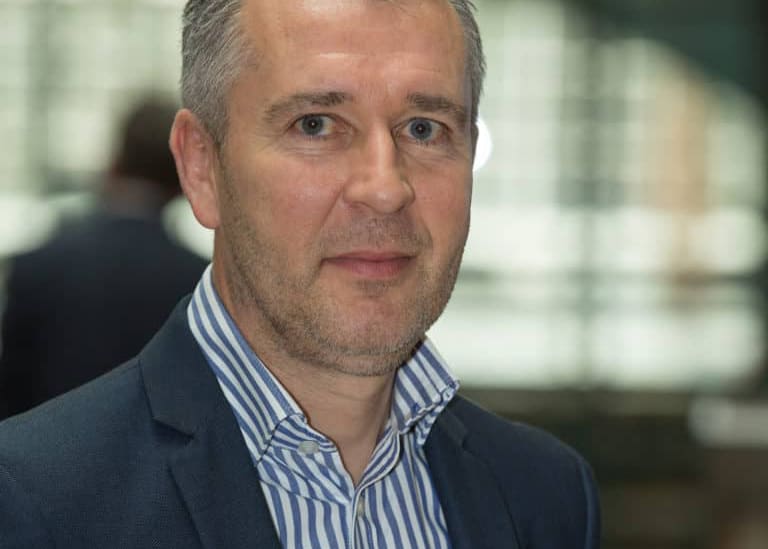 Like many UK pension funds, Belgium’s KBC Pensioenfonds, the pension fund for the banking and insurance group, runs a large LDI programme. Introduced in 2007 to protect against falling real interest rates and rising inflation, around 30 per cent of the €2.9 billion portfolio is invested in LDI and the fund has a leverage level of 200 per cent.

But unlike the thousands of UK pension funds with LDI strategies that had to fire-sell assets during the recent gilt crisis, KBC doesn’t have to post cash as collateral. Instead, it can post government and covered bonds and doesn’t risk having to sell assets if embroiled in a similar market turmoil.

“We don’t have the same issue with collateral as UK funds because we can post bonds – we don’t have to post cash and wouldn’t ever have to sell high quality assets as collateral,” explains CIO Luc Vanbriel, who estimates it would take an additional 3-5 per cent jump in bond yields to force the pension fund to sell corporate bonds or decrease the swap notional values to meet margin calls.

In September’s gilt market crisis, yields spiked across maturities (some up around 1.5 per cent at the height of the crisis) following former prime minister Liz Truss’s mini budget. It forced thousands of UK pension funds to fire sell assets such as bonds and equities to meet collateral calls from banking counterparties.

One of the hardest hit, the BT pension scheme, BTPSM, revealed in its October annual report that the value of its assets fell by £11 billion during the market turmoil.  In a recent written submission to British MPs investigating the gilt market turmoil which has focused attention on the risks of hidden leverage, BTPSM said it had made changes to its LDI strategy in response to the crisis.

“We have become more cautious in how we manage the scheme’s liquidity and have increased the collateral buffer to which we operate,” it said. “This will position the scheme to better weather any further volatility in the gilt market but will also reduce the expected returns from our assets.”

Posting collateral may not be as risky for KBC, but Vanbriel is mindful of other risks, particularly an inverse yield curve, the harbinger of an economic downturn.

“On the swaps, we pay a short-term floating rate and receive a long-term fixed nominal or inflation linked payment. An inverse yield curve is a risk because we would pay more than we receive.” KBC swaps the coupons on a diversified pool of highly rated bonds, and to limit the risk of an inverted yield curve, caps leverage at 200 per cent.

The LDI allocation is managed in an institutional mutual fund run by KBC Asset Management which also manages most of the pension fund assets although private assets are outsourced to specialist managers.

“We review the leverage level twice a year but in extreme circumstances we can adapt the level quickly,” he says.

In a dynamic approach, KBC can increase matching assets if the real interest rate increases. Elsewhere, if the funding ratio moves higher the level of hedging is also increased – although the leverage would always remain below 200%.

“We have a de-risking plan in case real interest rates rise or the funding ratio increases, whereby we will hedge more using swaps and linkers,” he says.

Vanbriel, who positioned the portfolio for higher inflation back in 2019, says the pension fund has been well protected thanks to an allocation to inflation linked swaps and an increased (to 15 per cent) allocation to real assets comprising infrastructure and real estate.

“You cannot eliminate the risk of inflation staying high for a couple of years,” he predicts.

In another contrast between European and UK schemes, Vanbriel also flags the worrying exposure of UK pension funds to the government bond market. He estimates European pension funds only own around 20 per cent of the European bond market in contrast to much larger gilts exposure amongst UK pension funds, particularly to longer-term gilts, which helped create a vicious circle during the crisis.

“It’s a completely different picture,” he says. The UK’s Investment Association estimates that over the last decade, total assets in LDI strategies have quadrupled, rising from £400 billion in 2011 to almost £1.6 trillion in 2021.

In another strategy, Vanbriel is increasing the equity weights in the DC portfolio. KBC’s portfolio is currently split between a €2 billion defined benefit fund and two much smaller defined contribution schemes. The decision follows the latest ALM study (conducted every three years) and is based on a reworking of forecasted returns. Employers running DC schemes in Belgium must provide a minimum guaranteed return of 1.75 per cent at the end of an employee’s career.

“It is not really a typical DC plan due to this guaranteed return,” he reflects. The ALM study revealed that if the fund increases its allocation to risky assets, it increases its forecasted return without significantly increasing the risk to employers.

The increased allocation to equity will be global. KBC reduced its home bias two years ago following observations that the European allocation was more volatile and drawdowns in Europe had more of an impact and recovery took longer.  “We didn’t reduce it because we were negative on Europe,” he says.

Still, today concerns about the economic health of the continent are mounting. The euro has fallen in value along with valuations in European equity markets, down more than falls in the US. The pain is most acute in the KBC’s exposure to central European equities, he says.

“In private equity we don’t have a particular niche or concentrate in one sector. Each of the funds we invest in is global and sector diverse.” Currently overweight at 3 per cent because of performance, he has no plans to increase the allocation in the future.

KBC has also developed its ESG policy in recent months. The investor already limits its investment universe to the best performing ESG companies. For example, rather than investing across the entire MSCI North American index in its US equity allocation, it only invests in the top 40 per cent of ESG rated corporates in each sector. In a new seam, KBC now invests according to specific criteria based on corporate greenhouse gas emissions and sustainable development goals. The fund excludes all fossil fuels – but will invest in green bonds from the fossil fuel industry.