The German economy will feel the impact of the energy crisis more than other European countries, and energy dependent industries will increasingly explore moving production to the US and Canada where energy is cheaper, said Jeroen van der Veer, Chair, Phillips and former chief executive, Royal Dutch Shell speaking at FIS Maastricht.

van der Veer, who warned that stalemate between Russia and Ukraine means Europe’s energy crisis will endure for some time yet, said Germany’s particular crisis lies in previous Chancellor Merkel allowing the economy to develop a 40 per cent dependency on Russian gas. A trajectory mirrored to a lesser extent in countries including Italy, Belgium, and the Netherlands. Europe is now sourcing from Norway and Algeria, and extra LNG from the US. However, suppliers in the Middle East are unable to divert much production to Europe because they have long-term contracts with China and South Korea, he said.

High gas prices in Europe are linked to the unique characteristics of the industry, explained van der Veer. Oil is globally available, but gas is semi-regional evident in European gas prices trading much higher than in the US. It is possible to export LNG, but this is costly and requires infrastructure. “It is not a market with the same flexibility as oil,” he said.

Europe’s energy market is also distinct from the US and Asia, he continued. US energy demand is in synch with supply while Asia, a huge net importer, taps diverse supply from Australia, Indonesia and Russia, amongst others. “Asia has many alternatives if one source falls away,” said van der Veer. Europe is not only a significant importer of energy – the region has also carved ambitious net zero 2050 climate targets. “Europe is in a different situation to the rest of the world,” he said.

Come 2023, Europe’s key focus will be on refilling storage capacity, but this will be difficult without using Russian gas. “Europe has enough gas this winter, but next year could be more challenging,” he said.

Governments will face difficult decisions around slowing their economies, or switching to diesel or coal, he said. Strategies for Europe’s large energy users include raising prices while industries like fertilizer and steel are exploring mothballing European production and increasing production in other areas of the world. However, not all industries – for example cement producers – can do this.

Germany will struggle to drive economic growth in Europe. German companies pondering relocating production to countries like Canada and the US, risks the de-industrialisation of Europe and the loss of manufacturing jobs. This will accelerate Germany’s transition, but is challenging for social solidarity and job creation, things that have built German economic success.

But moving production may not pay off for Europe’s energy intensive industries, he warned. Building new plants involves huge investment, paid back over the long-term, but high energy prices might not last that long. “I think I would wait a bit,” he cautioned. And he argued that although moving heavy industrial production elsewhere will reduce Europe’s carbon footprint, CO2 is harmful to the planet wherever it is produced. “Short term, there are big problems for the chemical industry,” he surmised.

Europe’s ability to come out of the crisis depends on how quickly governments can create other forms of energy at scale of which nuclear is a key component. As Europe explores alternative energy sources key factors come into play. Renewables are capital intensive, and as such require incentives for companies. Nuclear requires building plants in a steep learning curve – and France’s experience shows it takes years to finally garner cheap electricity. He urged investors to explore opportunities in nuclear power, and said that Germany’s decision to close its nuclear power stations now looks naive.

van der Veer said transitioning to a green economy will be impossible without partnering with oil majors with the skills and expertise. “I don’t believe the energy transition will be done by a bunch of start-ups,” he said. It is only the oil majors who know how to develop offshore wind and nuclear power stations. He also urged delegates to never underestimate US companies, slow to transition. “They can accelerate too,” he said.

He counselled against shale gas (where much depends on the type of shale gas) as an alternative. “Without capturing the carbon, shale is not viable.” Moreover, new coal fired power stations take too long to build. “One day there will be peace and part of that peace will mean the west has to buy gas from Russia, although it will be nothing like the levels is was” he said.

The energy transition also requires industry working with governments and consumers. Putting all the pressure on companies to solve it, and punishing them, doesn’t work if consumers are still demanding fossil fuels. Moreover, the energy transition will take years to achieve.

He also counselled on the importance of the world working together. Europe’s transition won’t stop the climate crisis if the rest of the world doesn’t also transition. van der Veer concluded that the energy industry will become more capital intensive per unit of energy; it will attract huge amounts of capital but he said investors will only finance the transition if they can make a decent return. 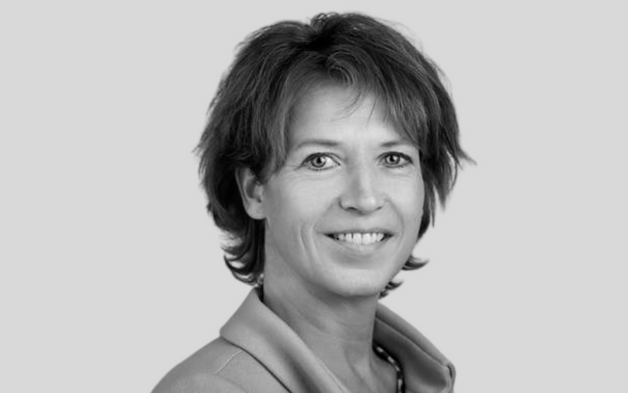