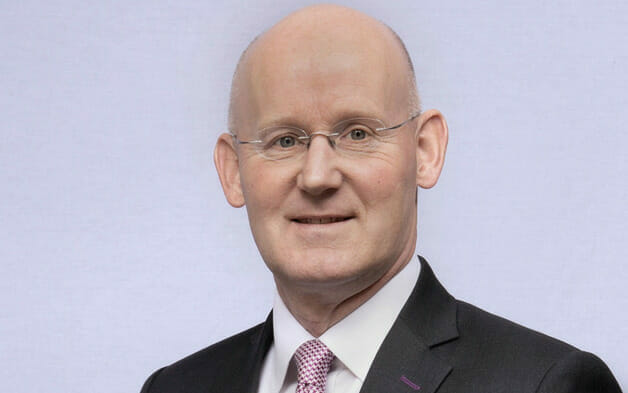 Two strategic asset allocation priorities are driving decision-making at the United Kingdom’s LGPS Central, the £55 billion asset manager for eight local authority pension schemes in central England. Allocating to both illiquid markets and inflation-proof, cash generating assets are the priorities as the fund navigates both runaway UK inflation – forecast at 18 per cent next year – and a shift in the saving trajectory of many of its one million beneficiaries from accumulation to income generation.

Like most other LGPS pools, Central has pooled around half (£33 billion) of its total assets so far, explains CEO Mike Weston in an interview with Top1000Funds.com. However, that belies a huge variation amongst the eight client funds’ individual pooling progress since Central was up and running in 2018, with some transferring 90 per cent of their assets – but others just 20 per cent.

It’s no reflection of a dearth of investment opportunity insists Weston, who lists asset allocations on offer spanning most flavours of public equity and fixed income alongside private equity and private debt. The next product launches comprise external mandates for direct and indirect real estate and total return.

Of all Weston’s tasks since taking the helm in 2019, deciding whether to run a new allocation internally or externally demands particular thought. Central is one of five of the eight LGPS’s pools that is authorised and regulated by the Financial Conduct Authority to manage its own assets. As an asset manager, the more Central can manage in-house the better, but internal management is far from given and for now, only comprises a gilts portfolio, private equity co-investment, passive equity and a climate focused fund that tilts to or away from companies relative to the transition.

Weston says he has developed an agnostic view to internal management, guided by client preferences. This, in turn, is governed by whichever approach brings the best net of fees performance. “To manage an allocation internally we have to be convinced we can deliver a market-matching performance, and you can’t do that in every asset class,” he says.

The quest for performance net of fees leads him to defend the UK pools that haven’t set up their own asset management organizations, opting instead to wholly outsource to investment managers. When pooling kicked off in 2016, it was assumed pools would manage most of the money in house. But persuading pension schemes focused on performance to hand over assets to new companies without a performance track record, simply because of perceived lower costs, was always going to be a struggle. “It was a false premise,” reflects Weston.

LGPS Central took the decision to set up a separate investment management business, going for the broadest solution to give it every opportunity to act in the best interests of clients. “There was a belief at the time we would be competing with commercial investment managers; we needed to be FCA regulated to compete on a level playing field with systems and processes on a par with the best.”

Although he wasn’t around for that decision-making process, Weston is convinced it was the right one. “With £30 billion pooled so far, we are a big investment manager. Being FCA regulated is where we should be.” Looking ahead, will Central continue to farm out more assets? “My focus is on the best interests of LGPS Central’s client funds, what products they need and what will bring the best performance,” he says.

For all his careful pragmatism on the pros and cons of internal over external investment, Weston can’t hide his pride in LGPS Central’s new internal team, blossomed to 80-strong in the last four years. Around half work in investments, making Central a significant asset manager outside the UK’s financial centres of London and Edinburgh before levelling up became a government manifesto pledge. “We’ve been levelling up since 2018,” he says.

Team members are increasingly recruited from local universities, witnessed in the candidates making it onto the latest recruitment programme. “We’ve just had our third graduate entry cohort. We saw 150 applications for 4-5 places – it was really pleasing,” he says.

Mandating externally means LGPS Central is pouring increased resources and time into due diligence. Manager selection is focused on three key elements – people, process and performance – in a strategy designed to try and predict performance as much as possible. “It’s easy to know what the fees are going to be but it’s difficult to predict performance,” reflects Weston.

As soon as client funds decide on a strategy or asset class the team begin looking for managers, with contenders put through an internal sustainability benchmarking and scoring process before going out to tender. “Manager selection kicks off as soon as we enter the launch phase. We select managers based on performance data and multiple meetings in-person to get underneath the surface of what’s going on. It’s not a quick process; we will take as long as we need to get comfy.”

Once mandated, contact remains regular and relationships are regularly reviewed (it’s just coming up to Central’s first three-year review of its earlier mandates) to ensure managers are delivering what they promised. However Weston stresses that the relationships are long-term: changing a manager is expensive and complex.