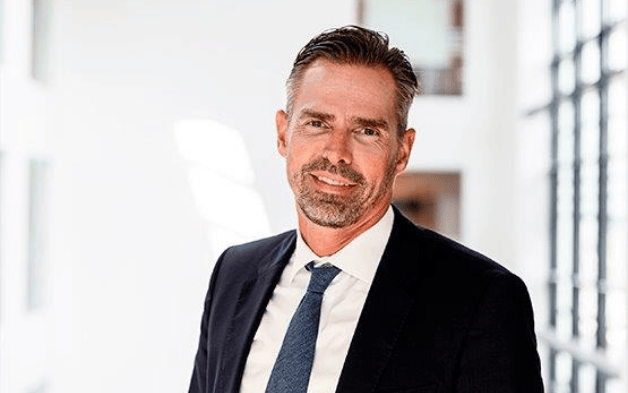 Risk parity, the investment strategy designed to function well in almost any market environment due to its perfect balance between different asset classes, has had a hard time in recent years. So much so even long-time enthusiasts for the rules-based approach pioneered by hedge fund manager Ray Dalio have lost faith.

Credit risk has crept into fixed income, ending any notion that government bonds are risk free cash flows. Bonds and equities increasingly correlate and risk parity flounders when liquidity is being drawn out of the market and stagflation is creeping in. Elsewhere changes to the macro environment also mean the constituent assets in a risk parity portfolio often throw off the same cashflows and stack up the same exposures, lists Kasper Lorenzen, group CIO at Denmark’s $94 billion pension provider PFA who had used risk parity to simultaneously tap returns in PFA’s fixed income and equity exposures since he joined from ATP, Denmark’s statutory pension fund, where he also oversaw a successful risk parity strategy.

Risk parity investors typically use leverage to increase their exposure to safer fixed income. This acts as a counterweight to volatile equities and ensures the different assets in the portfolio contribute an equal amount of risk. However it also means the allocation to fixed income is much higher than in most other balanced funds. During 2020, and the early part of 2021, PFA used to increase, or balance, equity risk by buying equity and bond futures. But the approach grew increasingly challenging through 2021 as interest rates remained low and inflationary pressure built. “Initially, interest rate risk diversified equity risk and worked well, but this started to change through 2021,” explains Lorenzen.

Today the backdrop has become even more challenging. The cashflows thrown off by the different assets have become similar so that the same exposures are stacking up in different asset classes. It’s leaving risk parity investors struggling to reduce risk – and running more risk than they thought they had. “Diversification had meant that if one element doesn’t perform, another does. Now the cashflows are more similar than what they used to be five years ago, and investors are just stacking up their exposures,” he says.

Looking out on the macro landscape and central bank endeavour to reverse their big money experiment without undermining economies, he doubts risk parity will come back into favour anytime soon. “Don’t fight the Fed,” he warns. “You had to be bullish interest rates in order to be a risk parity investor,” he says.

Moreover, he believes stagflation is in danger of setting in for the long-term as globalisation retreats.  “We are living with higher costs, and more resilient and robust global value chains. All this is going to drag productivity and give inflation support – these ingredients are stagflationary in nature which is not good for asset markets.”

Despite his loss of faith, Lorenzen hasn’t totally abandoned the approach. PFA still runs a systematic overlay introduced in January 2020 to increase and balance out risk depending on market developments that holds many elements of a risk parity approach. “In 2020 and 2021 we used this tool to increase our allocations to shares and for certain periods to reduce our exposure to government bonds,” he says. “Back in 2021 we were always long or neutral – never short. Today’s uncertain market conditions require a more balanced risk-on, risk-off approach. The easy part is increasing risk, but you only want to do this if you are compensated.”

He is also still a strong proponent of the idea that the most compelling single assets have multiple components. For example, real estate comes with a combination of corporate exposure, fixed income characteristics and inflation protection. “We still believe stable, illiquid investments with a bit of everything are a good investment.”

Indeed, real assets (particularly those shielded from business cycle risk) including core real estate and infrastructure supporting the green economy will play a key role in the portfolio going forward and offer some of the most exciting opportunities, especially as the transition gathers pace. Rather than a comeback in fossil fuels driven by European economies scramble to avoid Russian energy exports, he believes the evidence suggests the transition is about to speed up.

Before conflict in eastern Europe broke out, he had already noted much more enthusiasm for large offshore North Sea wind investment than a year ago. Now Russia’s invasion of Ukraine has accelerated European economies move away from Russian fossil fuels at the same time as many governments have a new preparedness to spend, evident during COVID and now war in Ukraine that he believes could signal more finance flowing into the transition. “It’s no longer just about climate and climate polity; it’s about geopolitical policy and independence,” he says.

PFA sold its listed Russian equity allocation in 2018 after ESG analysis raised governance red flags. A shake up of portfolio construction led the fund to also sell its allocation to Russian government bonds last year. “We decided a diversified global emerging market portfolio doesn’t need government bonds in all parts of the world. A combination of corporate credit exposure and FX takes you a good part of the way,” he concludes.