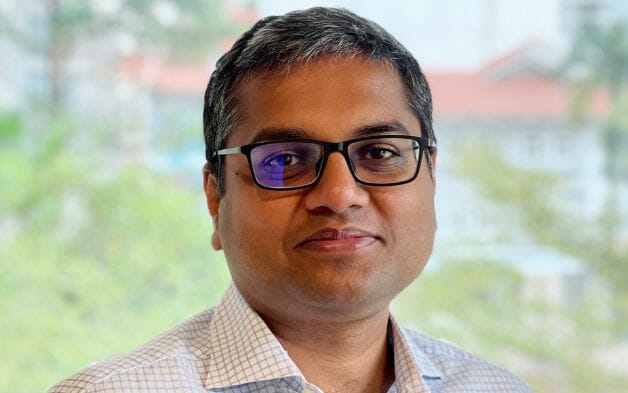 Singapore’s investment company Temasek is at the forefront of blockchain investment. Pradyumna Agrawal explains why going early and deep in tech investment is a sweet spot, encapsulated in the giant investor founding and building tech companies from scratch.

Targeting blue-collar job seekers in India, Goodworker helps lower income groups establish their identities in a verifiable manner. It’s one of the companies leveraging self-sovereign identity solutions built by tech company Affinidi – founded by Temasek – designed to give people a verifiable digital presence and allow the seamless capturing and sharing of data.

Temasek’s investment in digitisation and emerging technologies goes beyond the hunt for returns to playing a role in accelerating the trends that it believes will drive returns in the future. The strategy rests on a core belief that as digitisation and technology evolve, the tech world will migrate from today’s extreme centralisation to one of open networks and portable data, ushering in a wave of new business models in its wake.

“It’s taken time and we are only now beginning to see the benefits in specific application areas,” says Pradyumna Agrawal, managing director, investment (blockchain) at Temasek in an interview from Singapore.

Like Partior, a joint venture with banks DBS and JP Morgan, that is revolutionising cross-border payments and settlements using blockchain to enable programable value transfers. Or its partnership with the Singapore Exchange (SGX) that uses blockchain to replace the hundreds of laborious steps multiple parties take around coupon payments, issuing and servicing, OTC bonds.

“Blockchain technology puts everyone on a common workflow. It also adds liquidity because assets can be tokenised,” enthuses Agrawal.

Tech investment at Temasek falls under different umbrellas. In some cases, it invests in funds and in others it goes direct. In a third and most startling seam, strategy involves creating companies from scratch effectively building its own strategic capabilities rather than wait to back entrepreneurs in the space. It’s rooted in the investor’s decision to catalyse solutions to unmet needs, either on its own or working with partners, by bringing businesses to life.

“Creating a business is a pretty unconventional approach,” he admits. “It started as an experiment; asking ourselves if we could solve a particular problem.”

Starting a business involves more than just capital. In a world flush with liquidity there is no shortage. What is just as valuable is Temasek’s credibility, neutrality, networks, talent and its ability to make long term commitments upfront that give staying power. Agrawal also makes much of the investor’s single-minded focus on solving challenges. Indeed, such is the importance of these other ingredients beyond capital that he often finds Temasek executives advocate against inviting other investors in too early on projects.

“Their reaction is often ‘not yet’,” he says.

And going in early – or at the beginning – and deep particularly chimes with tech investment, an area where it is often difficult to capture the inflection point and access the best risk reward before the crowds arrive.

“We made the decision three to five years ago to systematically go deeper earlier,” says Agrawal. “This is the sweet spot where we find ourselves today.”

Looking through a pure investment return lens, he describes a strong commercial logic to building a business from scratch, particularly compared to the original capital outlay. It is also a virtuous circle whereby successfully solving one problem triggers new investments to deliver other outcomes.

Temasek’s ability and appetite to invest at the forefront of new technology is rooted in its ability to provide long-term, permanent capital able to see early-stage companies through their long gestation periods and across every stage of their business growth.

“The equity risk opportunity balance is in our DNA,” he says.

For sure, there will be some mortality; not every business will end up a thriving commercial venture. But Agrawal says Temasek has little appetite to sell during any stage up until IPO, at which point it might liquidate its shares or decide to keep a stake if it remains excited by the business – similar to how it evaluates other investment opportunities.

“The ideal scenario is to be able to list all these businesses and avoid selling the businesses to highly centralised organisations,” he says. “By staying focused on the viability and the gap the business is trying to solve, we hope many will end up floating on the stock market, allowing a broader set of investors to participate and support longer term growth.”

Importantly, Temasek never set out to invest a fixed amount of money in emerging technologies. From the very beginning, strategy was shaped around creating a foothold in the space from which organic growth would flow – aka using technology to find answers to solve problems and not viewing blockchain as a technology that needs a solution. And for all its success, his department is still small – although Agrawal says Temasek stopped measuring the significance of a team by its size or investment dollars long ago.

As the conversation draws to a close, Agrawal reflects again on the roots of success. Key elements include Temasek’s status as an investment company without any liabilities affording a bold mandate to invest across the life cycle of a company. This also comes with a governance structure that ensures the many companies Temasek wholly owns are independently run. The other pillar is conviction.

“We are only able to do this because our firm has a deep conviction on the potential of technology. There is no way we would build these platforms if we weren’t convinced about the need for a particular solution.”

As for the challenges ahead, he is most concerned by the shortage of talent in the tech space. A looming crisis that is compounded by the time it takes to garner real experience. It will make compensation (he describes a “massive” repricing of talent already underway) and building projects people believe in, key to retaining staff. As for investors, he reiterates the benefits Temasek reaps in its different,  operating role.

“Investors can patiently wait for someone else to build something and invest for 3-5X returns – or they can build their own capability.”