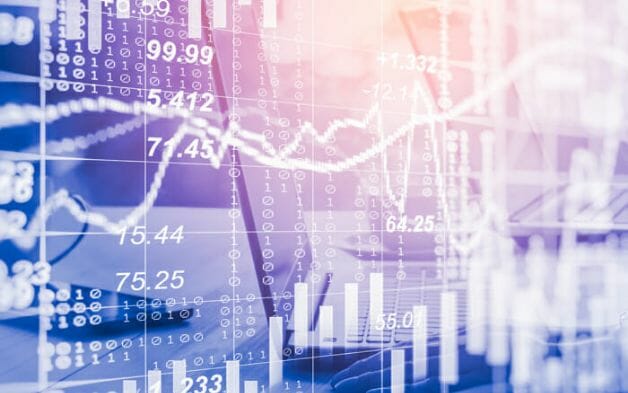 Being ready for anything, a focus on risk management, using more leverage and opportunities in technology are key characteristics of the portfolio of the future according to investors who spoke at the Fiduciary Investors Symposium recently.

Resilience and risk management, exposure to digitization and climate opportunities, and a keen eye on talent management will be some of the most important elements in portfolios of the future, according to James Davis, chief investment officer of OPTrust.

Davis says that risk management is now as much a source of value creation as a control function and his focus is on building a portfolio that is as resilient as possible which means only allocating risk – a scarce resource – with purpose.

OPTrust is also establishing relationships to better understand crypto and blockchain innovations and he said blockchain and tokenisation are significant, with a need for investors to understand them to know which opportunities to tap and which parts of the economy to avoid because of approaching disruption. This was a view echoed by David Veal, chief investment officer of the Employees Retirement System of Texas who said “I’m excited by tokenisation”.

“I think you could add a whole new layer of liquidity to existing assets and potentially open up new investments to investors,” Veal said.

Other speakers at the conference said investors should be preparing for a new tokenised economy where assets are fractionalised, divided up amongst potentially millions of investors into tiny portions of ownership on a blockchain. Jenny Johnson, president of Franklin Templeton said this will enhance liquidity, price discovery and accessibility to high value, illiquid assets like real estate at a fraction of current transaction costs.

Meanwhile the Abu Dhabi Investment Authority is thinking about technology across all its investment functions with director of the strategy department, Jean Paul Villain, saying a decision to invest more in in-house technology came with the realisation that a slowdown in its capacity to generate alpha was linked to a lack of investment in big data and AI.

ADIA is making up for lost ground investing in different kinds of quantitative approaches, collecting, cleaning and testing data to apply across the portfolio from long-short equity allocations to tactical positions and facilitate access to the best managers.

The fund is also pushing more actively into private assets, especially private equity and infrastructure where it first invested in 1992 and 2005 respectively.

More investment in private equity is a key component of CalPERS’ portfolio of the future as it builds out its private equity allocation from 8 per cent to around 13 per cent.

The fund’s new asset allocation also includes global equity, reduced from 50 to 42 per cent, fixed income from 28-30 per cent, real assets moving from 13 to 15 per cent, and an allocation to private debt of 5 per cent marking its first foray into this asset class from an SAA level.

It will also include a 5 per cent allocation to leverage for the first time.

Mindful of board concerns that leverage adds operational risk and brings extra hazard in market environments where both equity and bonds sell off, interim chief investment officer, Dan Bienvenue, said the investment team have spent months exploring the fund’s ability to manage leverage – and liquidity.

It has involved centralising the strategy at a total fund level rather than at an asset class level, running scenarios around what the portfolio would look like and modelling diversified pathways to liquidity during times of market stress when the pressure of leverage makes finding liquidity harder.

Into the future CalPERS is wary of investing in China. Despite being a contributor to economic growth and important diversifier, investing in China comes with challenges like the accuracy of data, shadow banking and finding the right partner, Bienvenue said.

Related, Professor Stephen Kotkin says that the climate emergency, China and Fed policy pose the most systemic investor risk ahead.

He said investors in China now face considerable ESG risk and are struggling to align allocations to China with their ESG goals.

He said another key risk comes from an unfamiliar source: a dramatic misstep from the Fed.

The Fed is the most important global institution and if it starts to cause havoc by a policy misstep it will be bigger than the climate crisis or China, Kotkin said.