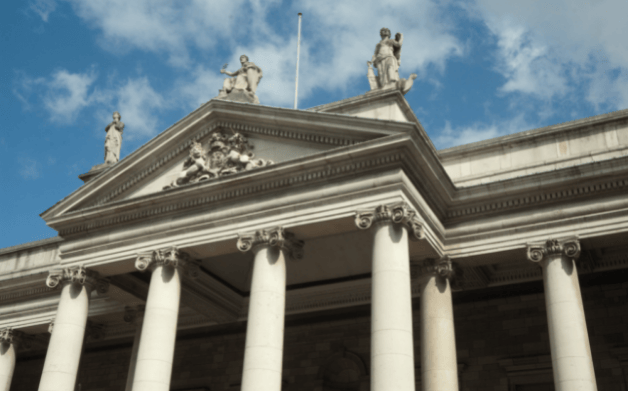 “I wouldn’t dare tell a company how it should be run, they are the experts. Rather than tell a board how to behave I would rather have them compete,” says Paul Droop, group pensions CIO of the Bank of Ireland who believes regulation is damaging free market competition in a worrying new shift that  poses the single biggest risk for investors.

That old photograph taken in the early 20th century of a horse and cart alongside one of Henry Ford’s first cars is often used today to describe the seismic energy transition ahead as the world moves from petrol and diesel to electric cars. But it belies one crucial difference. The first cars were a consequence of a market-driven change – no one told people to buy them. Today new rules decree that people can’t drive petrol cars for much longer, discouraging investment in the companies that make them.

Leaving aside value judgements and not expressing a view on the climate emergency, it is this emerging and worrying shift from liberal, market-based economies to centrally planned and regulated ones that poses the single biggest risk for investors, argues Paul Droop, group pensions CIO at the Band of Ireland, overseeing the €7 billion Bank of Ireland’s Staff Pension Fund (BSPF).

“There is an increasing shift away from liberal markets, promoted and driven by a growing range of sources. On a spectrum from very open and liberal market economies to another extreme of centrally planned, the world appears to be moving significantly towards central planning and control,” he says in an interview from the fund’s Dublin headquarters.

It’s not just visible in increasingly pervasive climate regulation. The pandemic has hastened the trend, ushering unprecedented rules and restrictions in response to COVID many of which still haven’t been removed.

“Permanent rules have come about regarding what we can and can’t do; how we behave and how we interact with one another.”

And it’s not only governments and regulators driving the shift. Asset owners and managers are hastening the trend too says Droop, particularly concerned about the growing role – and pressure – on shareholders to intervene in corporate governance.

“I wouldn’t dare tell a company how it should be run, they are the experts. Rather than tell a board how to behave I would rather have them compete.”

Only that competition is increasingly stymied in a threatening backdrop for BSPF’s portfolio exposed to the entire market and structured to tap every kind of risk. Droop’s risk management philosophy has virtually no reliance on alpha but emphasises diversity and resilience instead. The listed markets should be a field of competition where every buyer and seller can come together, he argues. That vibrancy and health depends on the best companies securing the most favourable access to capital and the worst falling by the wayside but rules that define what makes a good company distort the field.

“It should be a competition open to all where the best win and those that aren’t as good fail.”

Exposure to everything is vital in today’s uncertain world where investors can’t be sure what really lies ahead.

“Information about the past isn’t even that good,” he says. Some investments go wrong, others thrive but that’s competition within the market for capital.

“For every failure, we are on winners as well,” he says. “We don’t filter anything out. If we have diversity, the strategy will naturally benefit from any opportunity, without having to try and predict what it might be and take explicit and specific risk to articulate that view.”

It’s a risk management strategy that is as suitable for ESG as any other source of risk, today and historically.

“A market capitalisation-based exposure to global listed equities would be superior to an approach that screened, tilted, held assets according to some arbitrary rules or was actively managed according to views of the manager. Diversity as a risk management process should still work for any risk presented by ES, or G issues if you believe it does for, say, global monetary policy.”

Effective risk management has to refer to the price of assets and securities, he adds. Yet if managing risk simply means, say, “buying windmills and selling coal miners” without reference to the price, investors aren’t effectively managing risk. Especially in an environment like today when he says everyone seems to be tilting the same way. “From a risk management perspective, this type of behaviour leads people to buy overpriced assets and sell under priced ones – which isn’t very good risk management.”

Since he joined the fund in 2011, Droop has transformed the asset allocation. He’s increased liability hedging, diversified across asset classes and boosted coverage of private markets with the BSPF allocation currently split between equity (13 per cent) credit (23 per cent) secured income (7 per cent) real estate, infrastructure and absolute return (5 per cent each) and liability hedging (42 per cent)

A risk management philosophy that eschews alpha and champions diversity and resilience to mitigate uncertainty means he avoids all managers with highly concentrated or opportunistic approaches. He also spends less on fees.

“We tend to employ managers at the more ‘boring’ end of the scale. Total management fees across the portfolio are about 30 basis points, which includes some very expensive private and hedge fund strategies.”

Droop, who runs the portfolio with one assistant and is responsible for the thought leadership and idea generation, links the fund’s success to this clear delineation of duties and a willingness to do new things. In the six years to December 2020 the BSPF’s return seeking assets have returned 7.6 per cent. He also credits the trustees and governors for not chasing fads but remaining faithful to a core belief and philosophy. And he has no plans to change anything.

The fund’s liabilities are hedged enough – if he was to hedge anymore he worries he would lose benefits or risk diversification on the margins – and he added two new credit strategies last year. Investment themes like China, or new technologies, are already captured in the diverse approach that doesn’t try to pick winners.

It leads the conversation back to his central argument. A portfolio built to tap all parts of the economic value creation chain in a market-based economy where every investment behaves differently but each individual asset has a role in the play, doesn’t require much maintenance. Or at least until governments start interfering.

“Moving economies to central planning and control amounts to a net loss for everyone. The market should be allowed to sort it out.”