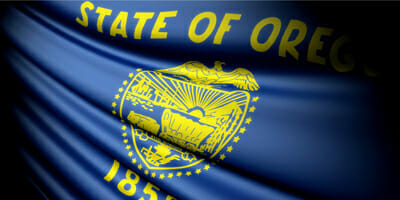 Over the last five years, Oregon State Treasury which manages the $82 billion Oregon Public Employee Retirement Fund (OPERF) has halved the number of GPs in its private equity portfolio to around 40, increased its average commitment size to $250 million from $100 million, and migrated from mega cap to an upper middle-market bias. The new look portfolio is a consequence of lessons learnt from uneven pacing going into and immediately after the GFC which left the fund overweight poor performing vintages and underweight strong vintages in a legacy that continues to play out.

In an annual deep dive into the 17.5 per cent allocation led by Michael Langdon, senior investment officer, private equity, Oregon’s Investment Council and departing CIO John Skjervem got the low down on performance, current exposure and progress around reform. The mantra is “smooth pacing” with the fund pledging to commit, on average, $3 billion a year (it invested $2.7 billion in 14 commitments in 2019) to high quality conviction names with a focus on accessing new relationships and upsizing the best existing ones.

Easier said than done in today’s active fundraising cycle and the ensuing pressure to invest and chase the market. The Council heard how keeping on track demands discipline, “hard decisions” and “challenging discussions,” especially when faced with new and interesting opportunities with existing GP relationships.

In contrast to Oregon’s one-year private equity numbers (strong on an absolute and relative basis) the fund’s long- term results over three, five and 10 years look good on an absolute basis but less robust on a relative basis. The reason lies in uneven pacing in the portfolio around the GFC when it ramped up commitments during a weak time for the asset class and sharply retreated pacing in the immediate years after which coincided with a relative strong performance.

“Decisions made before and after the GFC amplified the impact on the long-term return numbers today,” Tiffany ZhuGe, investment officer, private equity, told the Council.

Between 2005 and 2008 Oregon invested around $14 billion ($3.6 billion annually) into what turned out to be weaker performing vintages which now have a dominant exposure in the portfolios five year and 10 year returns.

“Commitments made 12-15 years ago still represent 20 per cent of the portfolio,” ZhuGe said. Post GFC, in the years 2009 to 2014, Oregon’s commitment pacing declined to $1.4 billion annually, committing on average 60 per cent less capital per year during a period when private equity made healthy excess returns over public equity. The portfolio has been overweight in vintages that return less than 7 per cent per annum and underweight in vintages where returns are over 14 per cent per annum, she detailed.

Oregon’s reform process has also centred around fees in a recognition that fee mitigation is a crucial seam to performance.

“You are not going to get relative outperformance by just being in the asset class,” Tom Martin, managing director at TorreyCove Capital Partners, Oregon’s private equity consultant told the Council.

Fee mitigation is driven first and foremost by “quality primary programs” through which Oregon scales the benefits of its brand and ability to deploy dollars at scale, gains early mover advantages and “unique fee mitigating structures.”

“It may not be a management fee saving from the primary commitment, it might be the blended rate you derive through co-investment deals you do alongside that GP,” he said.

The Council heard how the re-designed co-investment program implemented last year has already helped reduce fees, and has been “successful so far” in terms of activity and reception from GPs. Its impact will really kick-in in the years to come, predicted Martin. “It’s providing a cost savings to the tune of what will become several hundred million dollars a year over time. As this compounds, it will generate a material benefit to the program.”

The reform process has also slashed the number of GPs.

Although Oregon added three new names to the portfolio last year, between six to eight names exited in a “big year of churn.”

Until recently Oregon had “outsized” manager relationships plus mandates with around 80 substantially smaller relationships. Today around five managers account for 30 per cent of the portfolio and the GP roster has been cut in half to around 40-45.

The fund now has an “informal goal” to ensure no single GP represents more than 5 per cent of the portfolio. It has also beefed up its manager due diligence and monitoring processes. This includes updating and compiling multiple data sets which track over 800 GPs, gathering information on different geographies, strategies and fund size allowing the pension fund to source ideas and manage its GP pipeline.

Elsewhere, Oregon has added more value-oriented strategies to counter the tilt to growth and made strides to reduce its exposure to North America (targeting around 60-65 per cent) in favour of an increase to Europe (targeting 20-25 per cent) and Asia (targeting 12-16 per cent), with the team expressing a “high degree” of confidence in returns coming out of Europe.

The fund also continues to reposition the portfolio away from the larger end of the market to mid-market. Here the challenge is “deployment at scale” at this competitive point, requiring proactive outreach and relationship management, as well as selling Oregon’s brand.

Looking back at 2019 the team noted a “modest decline” in M&A transaction volumes and leverage finance, and record fundraising levels in terms of total capital raised, average fund size and the length of time required to raise a fund.

Oregon processed $3.1 billion of capital calls and received back $3.4 billion in distributions, leading to a net positive cash flow to the fund of $350 million, a decline compared to previous years. Something the team attributed to a slowdown in transaction volumes, fewer exits impacting on the number of distributions, and the use of subscription lines which defer capital calls and slow activity.

In another trend the team observed how public and private companies that share the same sector are increasingly “decoupling.” For example, in financial services listed banks and insurance companies battle interest rate volatility and high levels of regulation. In contrast, privately held fintech groups are smaller and more nimble; able to disrupt and disintermediate.

The Council also heard how ESG is increasingly integrated into private equity in an “evolution” that isn’t appreciated, or easily visible, beyond a closed group of LPs.