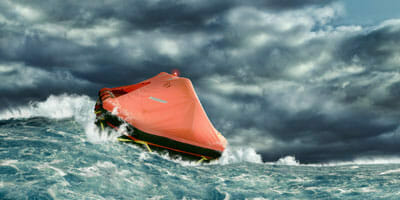 Even for long term investors who pride themselves on the big picture and horizons stretching far into the future, the unprecedented change of recent weeks is hair-raising. Wild markets, deserted financial centres and billions and billions of dollars of government support to fight the impacts of the coronavirus have become the new normal.

Enough liquidity on hand to take advantage of buying opportunities once they arise and comfortably pay benefits is crucial.

Speaking at CalPERS’ March board meeting, held by teleconference because of virus concerns, CIO Ben Meng reassured efforts to put liquidity centre stage over the last year have paid off. Strategies included lowering the discount rate of return (from 7.5 per cent to 7 per cent) and shortening the amoratisation period to 20 years. Centralising governance of the investment office to give a total fund rather than individual asset class view has also helped manage liquidity, he said. CalPERS liquidity was nearly $4 billion at the end of 2019.

Other strategies like an allocation to long-duration Treasuries and factor strategies in the equity allocation, estimated at $62 billion at the end of last year, have “helped mitigate the impact of the severe decline in public equity allocation,” he said. Even so, at the end of last year the bulk of the fund’s equity portfolio ($143.8 billion) was in traditional cap-weighted index strategies which have felt the impact of plunging markets most keenly. CalPERS currently puts its AUM at $335.13 billion compared to $353 billion a week ago.

Meng also warned that extreme volatility has seen the fund deviate away from its strategic asset allocation targets as falling markets crunch into allocations.

“If volatility remains, we will reach the outer range of these targets. We are monitoring this, and have a plan in place,” he reassured.

“If the slump increases it is very uncomfortable short-term, but assuming the world is not coming to an end it will mean good entry points for additional equity investments.”

Charles Van Vleet, assistant treasurer and chief investment officer at the $12 billion corporate pension fund for US aerospace and defence giant Textron reports that the fund’s tail hedges have worked well to mitigate the drawdown. These include long duration STRIPS, long US$ and Yen vs. A$ and Euro and being overweight consumer staples.

Now he is rebalancing or averaging into the markets with preferences, so far, comprising publicly listed business development companies (BDCs) and Closed End Mutual Funds (CEFs).

“Both of these products suffer indiscriminate selling by retail investors and now trade at deep discounts to book-value,” says van Vleet.

He believes markets will likely trade down with extreme volatility until the second derivative – or rate of change in the rate of change – of contagion begins to improve.

“It is important to keep in mind that this is not a cyclical event like 2001, or a financial structural event like in 2008, but an exogenous shock. I would expect the recovery to be quicker than 2001 or 2008. Equity markets will improve long in advance of earnings.”

Of course, at times like this all pension funds espouse the long-term mantra.

“Pension saving is a long game – people can be saving for up to 40 or even 50 years. Younger savers should comfortably ride out shorter term fluctuations and at NEST we take steps to protect members’ pots as they get closer to retirement.”

At the UK’s Universities Superannuation Scheme (USS), where an investment team of 150 used to working in a customised environment and desk communication has been split up with most staff working from home, there is no sense of panic. The emphasis is on careful consideration rather than undue haste, reassures new CIO Simon Pilcher.

“We are calmly navigating our way through this storm,” he says.

A whirlwind that has now left USS breaching one of its funding measures as a result of the downturn in financial markets.

“We believe this will ultimately be a short to medium term shock (albeit a very severe one) but that this is not likely to last for a decade or more, in the way that the great financial crisis of 2008-9 did,” says Pilcher.

“Fixed income has performed very strongly in recent weeks (especially so in the US), and in general has done better than UK index-linked government bonds that many pension schemes invest in.”

Now the fund is “trading out of those that have performed best in order to buy other bonds that we think will perform better over the medium term,” he says.

Navigating extreme volatility in fixed income has been a headache for the big Dutch schemes which hedge their liabilities in the interest rate swap market.

Expensive swap rates caused by shrinking liquidity and extreme volatility are challenging, says a spokesperson for APG where 90-95 per cent of staff now work from home.

USS is working closely with the management teams of companies in which it holds an ownership interest, in its 40 per cent private markets allocation, to help them navigate challenging times. This along with an eagle eye on investing in private market opportunities that will “pay off over the long term,” he says.

Looking to where the crisis might bleed next, talk increasingly focuses on a credit. Since the financial crisis the corporate sector has built up a debt exposure it might not be able to service thanks to disruption in supply chains, reduced global growth and lower earnings – despite rock bottom interest rates. A recent OECD report says that at the end of last year the global outstanding stock of non-financial corporate bonds reached an all-time high of $13.5 trillion, double the level in real terms against December 2008.

But Textron’s van Vleet doesn’t see a credit crisis. Credit is in secure hands, where there is no term-structure mismatch, he explains.

“If the Fed, Treasury and Congress start to do the right thing, credit facilities will get support,” he says.

Yet doing the right thing requires a different approach to ever lower interest rates. Governments need to help people pay medical bills and mortgages, he says.

Instead he calls for income-replacement and small business loans, akin to principles espoused in Modern Monetary Theory, which argues governments are in control of issuing their currency and can ultimately issue as much as they need.

“We need to build direct programs that get money into the hands of labor and small businesses; not programs that allegedly trickle down via FOMC rates, QE or strategic reserve purchases.”

“The global value chain has been closed for a while and it’s probably going to get worse. Firms and individuals are being reminded that it is great to have parts of your production in other parts of the world, but this comes with risk,” he says. “This is not going to be over, even if there is a cure for the virus tomorrow. We are going to learn something from this and that could be a reversal in globalisation.”