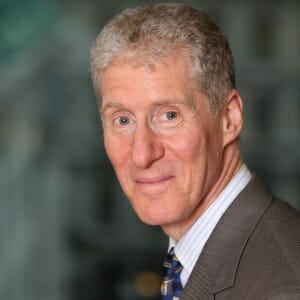 In what will be exactly a decade leading and transforming the Universities Superannuation Scheme investment office, Roger Gray will step down in September. Amanda White spoke to him about investments, governance, the self-possession needed to thrive in funds management, and what’s next.

In the 10 years he has been at USS, Roger Gray has overseen enormous change including the creation of a new investment management organisation, a shift in governance, diversification of the asset mix, de-risking of the portfolio, and a growth in internal investment-related staff by 150 per cent.

“I arrived at USS in September 2009, just after the GFC. We’ve had a few squalls in markets since – the Eurozone crisis being the biggest of those – but overall it has been a really benign period, after one of the more disastrous periods for financial markets. It has been aided and abetted by some extraordinary policy especially monetary policy support,” he says. “There has been a wind at our backs as far as assets are concerned.”

With Gray at the helm of investments, USS assets have increased by two and a half times, shifting from around £26 billion to £67 billion.

At the end of 2018, the fund had outperformed the scheme’s strategic asset allocation, or reference portfolio, over every cumulative period and in the five years to December 2018 outperformance added £2.3 billion.

“The added value has been a material piece, but most of the increase in AUM has been because of the benefits of rising markets. Overall returns are higher than we would have expected when I started, so that’s good,” he says modestly.

It’s unlikely that natural rise will continue, with the fund’s forward-looking return estimates showing that every asset class will have lower returns over the next 10 years. It’s a different environment for incoming USS Investment Management CEO, Simon Pilcher.

One of the key legacies of Gray’s time at USS has been the diversification of the asset mix. A decade ago, the strategic asset allocation was what he calls “more 20th  than 21st century” with broadly 80 per cent in equities, 10 per cent in bonds and 10 per cent in property.

The financial crisis was “a shocking experience” for the fund, which lost 27 per cent of its value, when it was early days on its path of diversification which centred around reducing equities and increasing alternatives (ex Property) to 20 per cent when Gray arrived.

“When I started the direction of movement was obvious. At that time the allocation was 72 per cent equities, 8 per cent private equity and infrastructure and 10 per cent each to bonds and property,” he says.

While private market investments have grown more than initially planned, there was some rowing back on original plans  that hedge funds would grow to 6 per cent of the fund, and today they sit at 2.5 per cent.

Moving forward a decade, the USS trustee have set a Reference Portfolio as a risk and performance benchmark for the manager, at the end of 2018 with 60 per cent public equities, 7.5 per cent property, 15% other fixed income (non-government bonds, emerging market debt and US TIPS) and inflation linked gilts 27.5 per cent . The actual portfolio implemented by USSIM, by comparison, holds about 40% in public equities

“When I started the portfolio held concentrated risk in public equities. We are on a gradual slope towards further de-risking and over nine years we’ve taken 20 per cent out of equities in the strategic benchmark. A gentle slope in that direction is likely to persist,” he says.

But a lot of the de-risking has been offset by the fact the liabilities are also so big now. Relative to the Higher Education sector’s balance sheet, both the pension liabilities and assets have grown strongly over the past decade, which is an argument for continued de-risking of the portfolio.

Gray was appointed CIO of USS in September 2009 and became also the chief executive of the wholly-owned investment management subsidiary, USS Investment Management, when it was established in October 2012. The formation of that subsidiary marked a significant change in the governance over the resources dedicated to investment management and positioned it for oversight of what was becoming a more complex allocation and organisation.

The investment management company now employs 150 people, a big jump from the 65 Gray inherited in the investment team.

Under his guidance the fund has also developed capabilities internally including a central strategy division,  specialist emerging markets and credit teams, as well as expanding the private markets team.

“The fact the private market activity would develop as far as it has, we would not have expected that at the time,” he says.

In part that has been facilitated by the new USS Investment Management governance structure that meant more decision-making delegated to the investment team with oversight from its board.

As with other investors that work to a reference portfolio, there is a big difference between how the fund allocates capital and the reference portfolio allocation. The implementation of that requires trust from the investment company and pension fund boards.

“Delegation is certainly efficient and it requires trust, transparency and reporting. Creating USS Investment Management was necessary for a number of reasons, but one of the benefits is that this is a complex range of activities and needed an oversight body,” he says. “Trust, transparency and oversight are importantly intertwined. Trust is justified by management and the calibre of the oversight. But there is not one answer to this, each fund has different circumstances and constraints,” Gray says.

Investing directly in private markets has also been a contributor to USS’s fee schedule coming down.

“We are lower cost because we have more internal management and the biggest saving is in third-party private market fees. At our scale what we have done has been cost effective. But our goal is returns after cost, not just costs,” he says.

The fund’s total MER is around 31 basis points, which compares favourably to its CEM Benchmarking peer group which averages around 42 basis points.

About two years ago Gray set his sights on his 10-year work anniversary at USS, identifying it as an appropriate time to step down.

“It was a good idea because it’s nice to know how far you’re running. It’s good to put a stake in the ground and plan for the organisation, it’s good for succession planning.”

USS has typically had long tenured CIOs with Gray only the third since the London Investment Office was established in 1981. Not to put pressure on Pilcher.

Gray sees his tenure in three distinct stages, all of which he’s found “fascinating”.

“Investing has been the constant, but otherwise the beginning was about establishing trust, the middle about the governance arrangements, and then more recently, as I’ve prepared to dip towards the tape, it’s been to make sure the platform is robust and in as good as shape as possible.”

“The run out afterwards,” he says, continuing the running analogy, “that’s important for the organisation too”.

But for Gray, this move isn’t just about leaving a job, it’s also leaving a full-time executive role in an industry where he has spent the best part of four decades. His career includes 18 years in commercial funds management, 4 as an advisor and a period as CIO at Hermes before joining USS for the past 10 years.

“Asset management is a lot about conduct under the circumstances rather than outcomes,” he says. “I’ve conditioned myself to ask ‘have I been balanced and focused on whatever challenge arises?’. And I’m proud I’ve used my abilities as best I could”.

“I’m also very grateful for the trust placed in me. It has been challenging but gratifying – the commitment and trust are closely related. At USS we couldn’t have achieved what we have unless there was plenty of support for that. In the asset management industry, it’s not always the case that there’s affinity, purpose and trust.”

Gray had somewhat of an academic career before he went into funds management. He spent seven years at university, starting at Oxford where he ended with a degree in Philosophy, Politics and Economics. But it wasn’t clear that economics was his path. He had an instrumental scholarship (he plays the Oboe) and switched between music and PPE. He then went to Harvard University, having received a Harkness Fellowship supporting post-graduate studies, where he also juggled music and economics. He eventually decided on economics as the basis for his career, and was a teaching fellow on two courses: International Trade and Finance and also Commodity and Securities Markets.

Now, it seems Gray’s creative side is pulling at him again.

“I’m giving up a fascinating and brilliant role. Thankfully I’m in reasonably good shape, and I hope still to be of some service to the world. I’m not looking for something else just yet; I’ll have some decompression time first. But If things work out I’d look at doing three things: something good for the world, something commercially interesting, and something good for the soul,” he says. “My creative parts have been squeezed, like reading, writing and music. Parts of me want a bit more space.”

Gray says maybe he’ll “pick up” the manuscript of a book he wrote 18 years ago about what he’s learnt in asset management and life.

“A lot of that is about self-possession. Being present, calm and taking decisions in the face of uncertainty is the core of the job,” he says.

“Investment is like boxing with an unlimited number of rounds, you know you’ll get hit and can land a counter punch. Finding a source of resilience and equanimity is very important, and they’re conjoined.”