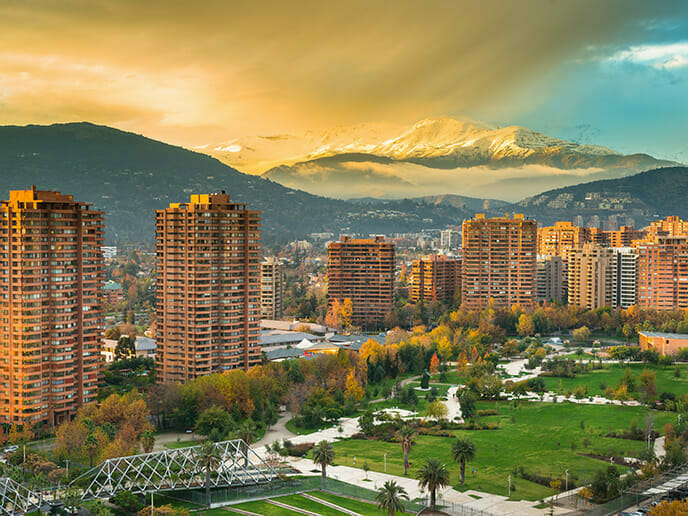 In 2005, few people outside of the inner workings of the financial services industry had ever heard of a sovereign wealth fund. They were probably unaware that government-owned institutions were deploying hundreds of billions of dollars of excess reserves into global equity and real-estate markets.

All that changed in 2005 and 2006, when China National Offshore Oil Corporation bid for US oil company Unocal, and Dubai Ports World purchased the UK’s P&O and its contracts to manage US port assets. Both transactions were pursued against a backdrop of growing concerns over national security risks related to such foreign direct investment. Although these were both transactions by state-owned enterprises, investment by foreign government-owned institutions suddenly became newsworthy, and SWFs hit the headlines.

By 2008, SWFs had become acutely aware that they were exerting a powerful hold on the collective imagination of public and private financial actors, governments and multilateral institutions. That year, encouraged by the International Monetary Fund and the US Treasury, a group of 26 SWFs – the International Working Group of Sovereign Wealth Funds – came together to establish a set of generally accepted principles and practices, intended to demonstrate their commitment to professional, independent, and commercially orientated investment management. These became known as the Santiago Principles.

They set out fundamental principles and practices for sound and transparent SWF governance, grounded in professional investment industry standards for operational controls, risk management and accountability.

In 2009, a more formal institution, the International Forum of Sovereign Wealth Funds (IFSWF), was established to create a network of institutions that agreed to apply the principles, to encourage and facilitate the free flow of capital and investment needed for a stable global financial system.

The principles have been a real success story. They have helped improve the processes, practices and governance of both new and established SWFs over the last decade. They have also become a standard for self-regulation and have even been incorporated into international legislation such as the Comprehensive and Progressive Agreement for Trans-Pacific Partnership (CPTPP).

But what characteristics have made them so successful and given them such longevity?

The first characteristic is their voluntary nature. There is no compulsion for any SWF to sign up; they do so because they see real value in using the principles to guide their governance and investment practices. By becoming an IFSWF member, an SWF can assure governments that it will comply with all applicable regulatory and disclosure requirements required of all international investors in those markets.

For SWFs that invest primarily at home, applying these principles of good governance is arguably more important, as this gives the people of the country confidence that the institutional framework, systems and practices of the fund conform to international standards and that the state’s money is being responsibly managed.

Secondly, application of the principles is subordinate to local law – a fact clearly laid out in the preamble. This is a particularly important point for founding members. Unlike international regulations, applying the principles is a dynamic process that must accommodate local legal structures and traditions. The principles are, thus, more inclusive than a regulatory framework and enable institutions from a diverse range of countries, including emerging and frontier economies, to apply them whilst maintaining national legal sovereignty over the management of their assets.

Finally, the membership of the IFSWF takes a “principles-based” approach to applying the principles. As their name suggests, they are not a set of rules with which an institution must comply. There is no such thing as Santiago Principles compliance. Rather, they are guiding principles and practices to be applied according to local institutional structures to progressively enhance and improve SWF investment governance in accordance with global professional standards.

Each member begins the process of implementing the principles from their own unique starting point, depending on their history and legacy structures and subject to their mandate. Consequently, the path to implementation will not be the same for every member. Nevertheless, all members aspire to establish the best governance, accountability and operational methods to enable them to fulfil their mandates in the best interests of their owners and national citizenry – their ultimate stakeholders.

These three characteristics have made the principles flexible, which has proved to be their great strength. In 2008, many commentators, including myself, were concerned that the principles were too broad to be meaningful and that their voluntary nature would make them ineffective. What time has shown, however, is that the broad nature of the principles has enabled them to be applied in a much wider range of institutions than was initially envisaged. SWFs with a domestic, strategic or development mandate were few and far between in 2008. Today, such institutions make up about a third of IFSWF members.

So how does the IFSWF monitor how and whether its members are continuing to apply the principles and endeavouring to improve their governance and investment processes?

Ongoing monitoring and review are hard-baked into the program through the implementation of Principle 24. IFSWF members commit to implementation over time as a process, as required by the members’ agreement. The IFSWF board assesses each new applicant for membership based on their progress at applying the principles at the time of application. The board also requires an extended commitment by the applicant to explore new ways to further incorporate the principles into their governance and operational structures.

The IFSWF – working with its membership – has sought to address some of the challenges of applying the principles. For example, the IFSWF has changed its assessment procedures, moving from a quantitative approach to a structured methodology that accommodates the diversity of member implementation and allows for contextualised measuring of progress.

In 2018, the IFSWF has further enhanced the self-assessment process by providing members with a set of guidelines to assist in their preparatory work. These are intended for use by both new and existing members and are designed to facilitate self-assessment reviews and communication of relevant practices.

It would be difficult to write a piece on the principles without mentioning the ongoing debate around SWF transparency. Some commentators continue to criticise several funds, including IFSWF members, for not publishing metrics, such as assets under management or precise asset allocation figures.

I think there is little doubt that disclosure by SWFs, overall (but not completely), has improved dramatically since 2008. You don’t have to take my word for it: Edwin Truman of the Peterson Institute for International Economics, one of the longest-standing commentators on SWFs, pointed this out in his most recent analysis. However, transparency is only one aspect of the principles. Many established IFSWF members have commented that the real value of the principles for them as institutions is that applying them has helped them improve processes and practices across the board. This has enabled them to become better investors and, thus, fulfil their mandate more effectively.

Looking to the future

Over the last decade, the world of SWFs has changed beyond recognition. There are many new ones being established across the world but few of these are future generation savings funds designed to invest commodity receipts abroad to prevent Dutch Disease. There are very few countries today that are Kuwait in the 1950s or Abu Dhabi in the 1970, with vast influxes of foreign exchange and a tiny population and economy, and comparatively low spending requirements.

Today, the question is increasingly changing, from simply how much money to spend for domestic diversification and growth, to how to spend these dollars effectively for the long-term benefit of the people of countries.

The principles have shown that they are robust and flexible enough to remain relevant to this new generation of sovereign investment funds with a different range of objectives. The IFSWF has already accepted half a dozen institutions with a purely domestic mandate and will continue to encourage more to apply for membership.

Our 10th-annual meeting, on September 20, will welcome senior executives from our membership and several other nascent and established state-owned investors. We will once more break new ground with our first meeting in Africa, following last year’s first meeting in Central Asia. The breadth of venues reflects the growth for SWFs, along with illustrating where these institutions have gained acceptance and are achieving a wide range of investment objectives.

We are delighted that our newer members are taking such an active role in the IFSWF. It bodes well for its future dynamism. We will be hosting key decision-makers from nascent funds from Cyprus, Egypt, the Philippines and Uganda, underlining the important role the IFSWF and the Santiago Principles play in helping these new institutions establish appropriate governance structures and investment practices to strengthen the management of national wealth globally for the benefit of everyday citizens.

Victoria Barbary is director of strategy and communications at the International Forum of Sovereign Wealth Funds (IFSWF).